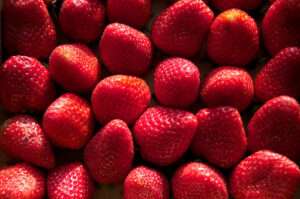 Wimbledon is as British as strawberries and cream and tomorrow, June 25 2012, sees the start of this much-adored two week event in the UK calendar.

One of four Grand Slam events in the tennis schedule, this is the one that most tennis players would love to win. As it’s the only Grand Slam event that’s played on grass, it favours a certain type of player.

In March, I wrote an article entitled Who Will Win Wimbledon 2012 and it’s been the most-searched for and most-read blog post on my site. The top four mens’ seeds all have key planets or angles in Gemini so my prediction on who will win the men’s tournament was based on Jupiter, planet of success, connecting with the Gemini planets/angles.

The Ladies final is very different astrologically as there are no Geminis in the top 4 seeds. So this time I’ve drawn up the chart for the final to see if astrology can locate the top seeds within the chart and what it can tell us about their chances of success. Here’s the astrological data of the top 4 seeds, plus the no. 6 seed, who can never be counted out of Wimbledon and the astrology chart for the final: Using an astrology chart in this way is two-fold. On the one hand, you look for planets that stand out to see whether they symbolise the players involved. At the same time, you look back to each individual player’s chart to see if any natal planets are triggered by a transiting planet, i.e. do the planets on the day make connections with the planets in the player’s birth chart.

In this chart, Saturn is conjunct the Ascendant in Libra which is a fitting symbol for Serena Williams. She’s a consistently strong player at Wimbledon and Saturn’s reliable and lasting. It also suggests an ‘older’ player and Williams’ Sun is in Libra. Saturn’s exalted in Libra and conjunct the Ascendant, strong and dominant. However, Saturn’s next aspect is a square to the Sun, which can be challenging.

Venus rules the Libra Ascendant, so another key planet. Venus is the planet of beauty and immediately I thought of Maria Sharapova, who’s a glamorous player and has appeared in various modelling assignments. In this chart, Venus is in Gemini, a sign linked with tennis players. No longer retrograde, Venus is also conjunct Sharapova’s natal Mars at 9:03 Gemini and Mars is the planet of aggression and one-on-one combat. This looks promising.

Another important planet in event charts is the Moon and here it’s in Pisces and conjunct Pisces’ planet, Neptune. There are two Pisceans in the top four seeds but I like the Moon/Neptune for Petra Kvitova, who looks like a typical Pisces, especially her eyes. The Moon’s next aspect is also a square, to Jupiter in Gemini.

Two other planets to consider are the planets linked with the 10th house, the house of success. Cancer is on the Midheaven, elevating the importance of the Moon, Cancer’s ruling planet. Leo co-rules the 10th house so the Sun in Cancer is also important. Finally, there is a planet in the 10th house, Mercury in Leo.

For the final two seeds, I like the Sun in Cancer for Radwanska because she’s often called the “fans favourite” and Mercury in Leo for Azarenka, who is a Sun Leo. Azarenka’s also one of the “grunters” of the women’s seeds along with Sharapova and Mercury in Leo suggests noise!

The Sun squares Saturn as mentioned earlier but it’s Mercury and Venus that are interesting. The two of them are in what’s termed a sextile aspect and usually Mercury is the quicker of the two. However, Mercury’s slowing down and will turn retrograde on July 15th 2012 so it’s Venus that applies to Mercury, making Venus the stronger of the two.

If this astrology chart of the final is indicative of the top women’s seeds, then it should be a Sharapova-Azarenka final with Maria Sharapova emerging triumphant. She last won Wimbledon in 2004 aged 17 and won the French Open earlier this year and she’s my prediction for the 2012 Ladies Women’s Final.

One other player who isn’t seeded is Kim Clijsters, born June 8 1983 in Bilzen, Belgium, at 2:17am local time. She is a Gemini and having already retired once from professional tennis, she’s made an amazing comeback but plans to retire again after the US Open in September 2012. The recent eclipse on June 4 2012 at 14:14 Gemini/Sagittarius fell on her Sun/Mars conjunction in Gemini, so the eclipse is bringing her competitive Sun/Mars conjunction to prominence.

It will be interesting to see how Kim Clijsters does at Wimbledon and she is my secret prediction for the US Open in September when Jupiter will be at 15 Gemini, conjunct her Sun/Mars. I did look at the men’s US Open final too and Jupiter falls between key planets for both Nadal and Djokovic so it could once again be a face-off between these two Geminis. Who do I favour on the day? I think the astrology leans towards Djokovic, as Jupiter’s applying to his Mercury Gemini whereas Jupiter’s separating from Nadal’s Sun Gemini.

A final thought, Saturn is on the Ascendant for both the Ladies and Mens final charts and Saturn represents delays. Plus the Moon is in watery Pisces on the final Saturday and Sunday. As is often the case with the British summer, the forecast is for a fair amount of rain during the Wimbledon fortnight, so no doubt it will be covers on/covers off and a gallant pop star leading the singing during the rain delays.