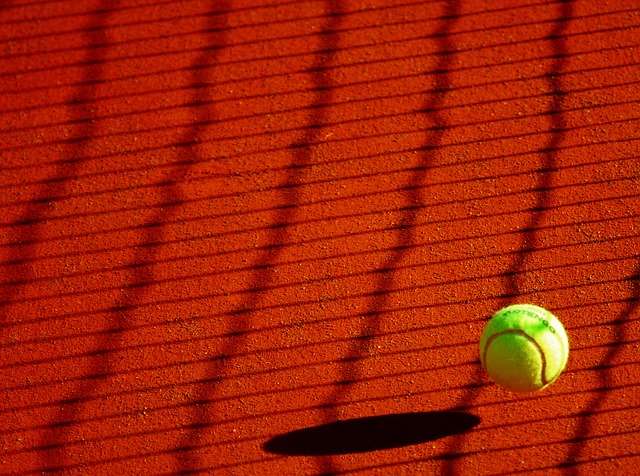 Update: Sunday 26th January 2014. I was feeling slightly disheartened as my pick for the tournament, Novak Djokovic, was knocked out by Stanislas Wawrinka in the quarter finals. However, I did opt for Wawrinka as one of my two wild cards to win and Rafael Nadal was my second choice to win after Novak Djokovic. It was a Wawrinka-Nadal final and Wawrinka won – so small ‘Yeah’ from me.

If you’re interested in the astrology for Wawrinka, someone has come up with a birth time of 11:05 am although this is not confirmed. This gives him an Ascendant of 9 Cancer and Jupiter was close to his Ascendant during the tournament. He also had the progressed Moon trine his MC (career point). What was most interesting for me with Wawrinka was the fact that he has Uranus at 17 Sagittarius and the chart for the start of the Australian Open had the MC (success point) at 18 Sagittarius. That’s why I went for him as a wild card as Uranus is unpredictable. It also brought one of the shocks of the tournament (Uranus rules surprises) when he knocked out Djokovic.

I haven’t had a great deal of time to prepare the astrology as it’s been a busy start to the year for me so I have concentrated on the top four, i.e. the four men who have dominated the Grand Slams in the last few years bar the odd exception, Novak Djokovic, Roger Federer, Andy Murray and Rafael Nadal. Here goes:

Djokovic won last year’s Australian Open 2013 for the fourth time equalling the records of Andre Agassi and Roger Federer. If he wins again this year for the fifth time at what must be said is his favourite Grand Slam event, he will move ahead of two great tennis players in the Australian Open rankings. Djokovic ended 2013 with a flourish and seems to be on a mission to regain his no. 1 world ranking from Rafael Nadal.

His biggest and some would say most controversial news is the fact that he now has Boris Becker on board as his head coach. Becker (b. November 22 1967, 8:45am, Heidelberg, Germany) is a powerhouse Scorpio and Scorpio is the sign on Djokovic’ Midheaven (his career/success point of the chart). In fact, Becker’s Mercury (communication) in Scorpio is close to Djokovic’ Midheaven. This seems positive for persuasive and focused coaching.

An Indian astrologer Octozone predicts that Djokovic will regret appointing Becker. Here’s the link if you’re interested. He’s basing his prediction on Saturn in Scorpio but I have noticed that there is also difficult synastry between the two charts. Djokovic has his Moon at 5 Aries 32 and Becker has his Saturn at 5 Aries 55. Yes, this can be about self-discipline and a hard work ethic but it also feels restrictive. If the coaching relationship doesn’t last, it may be because Djokovic feels he’s being controlled or blocked in some way.

Saturn by transit is currently in Djokovic’ 10th house which it entered on November 5th 2013 and so far he’s not done too badly with Saturn in his 10th if his recent form is anything to go by. More interesting is Jupiter, planet of success, retrograding back over his Descendant (the chart’s relationship point) on January 1st 2014 and I wonder whether this symbolises the appointment of Boris Becker. A backwards step perhaps?

Djokovic has some lovely astrology for the tournament including Jupiter trine the MC (success point) exact on January 15th 2014 and Venus sextile the MC on January 26th 2014, the day of the final.  Both the benefics, the lucky planets, connecting to the Midheaven hold promise, although both Jupiter and Venus are currently retrograde, so not as dignified as they could be.

After a disappointing 2013 season when Federer didn’t reach a final of any of the four Grand Slams, he fell out of the top 5 world rankings and currently stands at no. 6. The end of the 2013 season was very up and down for him with some promising tennis, some shock results, the news that he was to become a father again and yet another of the top tennis players to take on a big name coach in Stefan Edberg.

I mentioned that Federer was being slowed down last year by Mercury (his career planet) progressing to conjunct progressed Saturn which was exact on November 1st 2013. That’s now behind him but it usually takes six months for a progressed aspect to fade away completely and he also currently has a difficult Saturn transit to his Moon. In fact, the first contact of Saturn conjunct his Moon was exact on January 5th 2014, the weekend when he played some of his worst tennis and was beaten by Leyton Hewitt.

Talking to a huge fan of Federer’s who watched the match (thanks, Lesley), she said that at times he looked defeated as if he was lacking confidence. Saturn conjunct the Moon is a difficult transit and brings up similar themes as I mentioned concerning the synastry between Djokovic and Becker. Saturn clamps down on the Moon and it can feel like an emotional low rather than a high.

I’m also unsure whether Stefan Edberg (b. January 19 1966, 9:00am, Vastervik, Sweden) is a good choice for Federer as Edberg is a Sun Capricorn, the sign that rules Saturn. Right now I think Federer needs to feel warmth and heat that radiates confidence like his Leo Sun and not cold like Saturn. The good news for Federer is that Jupiter, planet of success, enters Leo later this year on July 16th 2014.

It’s not all gloom in his chart however as he does have Jupiter retrograding back over his natal Mars in Cancer during the tournament, exact on January 17th 2014. This is similar astrology to when he reached the fourth round in the US Open 2013 and it will hopefully boost his fight and his drive to succeed. He also remains the fans’ favourite and their adoration will go a long way to ensuring his Leo Sun gets the love and attention it craves.

Andy Murray not only won Wimbledon 2013 but he was unanimously voted SPOTY in the UK (Sports Personality of the Year) for his momentous achievement. Late September 2013 he had an operation on his back which showed astrologically as Saturn conjunct his natal Pluto. Saturn rules bones in the body. He also had a major progression exact in November 2013 of the Sun progressed opposite Saturn, so more themes around slowing down.

Murray is already saying that he won’t win the Australian Open as he’s not had enough match practise but that could simply be tactical talk. Venus progresses into Gemini, the sign associated with tennis on January 14th 2014 so his love (Venus) of the game (Gemini) is not going to diminish by any means. Whether he can win the Australian Open 2014 we’ll soon discover but astrologically his chart is quiet for now.

Interestingly, it’s his famous coach’s natal chart that holds the exciting planetary activity. Ivan Lendl (b. March 7 1960, 10:00pm, Ostrava, Czechoslovakia) has his natal Moon at 13 Cancer 38 and Jupiter, the success planet, is exactly conjunct Lendl’s Moon on January 19th 2014, i.e. in the middle of the tournament. For one reason or another, Lendl will be jumping for joy.

Saturn has finally moved away from the opposition to Nadal’s Moon Taurus in the 6th house of health and his Scorpio Ascendant. This coincided with his major health problems over the winter of 2012/2013 and of course he missed the Australian Open 2013.

His comeback story has been quite remarkable and he has regained the no. 1 spot in the world rankings. Will he win the Australian Open 2014? Well, he’s got a darned good shot at it. His Venus is at 15 Cancer 40 and on the day the tournament begins, January 13th 2014, Jupiter is retrograde at 14 Cancer 30 so still very close to his Venus picking him out as a potential winner.

Plus he has the progressed Moon opposite his natal Pluto exact on the day of the final, January 26th 2014. This can spell wipe out but Pluto is powerful in his natal chart as it’s directly conjunct his Scorpio Ascendant and Nadal has already admitted to his obsessive tendencies so indicative of Pluto. There’s no reason why this can’t translate as a laser focus and a refusal to let go/give in. I’ve called him the bionic man in the past and he may prove so again.

As I’ve been pressed for time, I’ve had the quickest glance through the best of the rest. If you want a punt on a wild card, two names stood out for me, Bernard Tomic (b. Oct 21 1992) & Stanislas Wawrinka (b. March 28 1985). I can’t see them being good enough to win the tournament but they both have lively astrology going on so they’re definitely worth noticing.