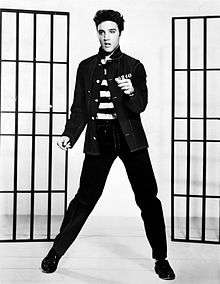 The sign of Aries dominates the heavens again this week, the first sign of the zodiac, the kickstarter, the firecracker, a dynamic and spontaneous energy. The personal planets have been transiting my Ascendant and erratic, unpredictable Uranus lingers.

I’ve been feeling slightly overwhelmed with all that’s going on with a never-ending list of things to do. Aries energy is about ‘doing’ and leaves little time for ‘being’ and in true Aries style I’ve started lots of projects but haven’t managed to complete any of them.

This week’s planetary activity gives another shot in the arm, a jolt and an opportunity to crack on and get things done. For many there’s a chance to harness the creative and innovative energy of Aries especially with a New Moon, a symbol of fresh starts, in this dynamic first sign of the zodiac.

If it’s your birthday this week, use this productive energy to initiate change, fight for what you believe in and create some new intentions. We can all benefit from being positive and realise that the best way to achieve anything with so much Aries energy is to start doing it, whatever it is you want to do. Putting plans and support in place to ensure you finish what you started comes second.

The other main activity this week is the planet Pluto turning retrograde in Capricorn on Friday 12th and Pluto remains on go slow until September 20th 2013. One of the slow-moving planets of the heavens, these are major cycles that play out over months and years rather than days and weeks. Pluto rules plutocracy and in mythology was God of the Underworld. It’s often described as the wipe-out planet as it can negate what it touches. It’s the energy of regeneration and transformation, wiping the slate clean in order to build again from scratch.

I’m not sure that Pluto retrograde is any less intense than Pluto when it’s moving direct as this is the hidden planet and all that remains invisible and unconscious. Having a clear understanding of where Pluto lies in your natal chart can help you understand where your current challenges are and where you need to focus your energy to transform and rebuild.

The Uranus-Pluto square which has been ruling the heavens since last year and continues until 2015 includes Uranus in Aries square to Pluto in Capricorn, the sign of authority, conservative values and big business. There’s a lot that’s been said about this square and if you want to know more, read The Year of the Protester, which I posted last June 2012. This tells you more about what it means for the world as well as a quick guide in which areas of your life you can expect change. The saying “out with the old and in with the new” resonates for this powerful planetary clash.

On Friday night I attended the Woking Astrology Group to listen to an excellent talk by astrologer Wendy Bristow about Elvis Presley, entitled Elvis: Sex & Drugs & Rock and Roll. I had forgotten that Elvis was born on a Uranus-Pluto square when Uranus was last in Aries and in his chart Uranus is the focal point of a T-square with Pluto in Cancer opposing his Sun in Capricorn.

Elvis was the original rulebreaker, who shocked conservative 1950’s America as “Elvis the Pelvis” with his sexy thrusting hips. He was one of the first stars of the new music, rock and roll, and whatever your thoughts about his later demise, he was a brilliant innovator and a leading figure in a new wave that rightly earned him the title “the King”. In many respects, Elvis was the Uranus-Pluto square in action, just as now it’s the people who are prepared to be bold and break new ground unfettered by convention who we will look back on in years to come as the movers and shakers of the twenty-tens (2010’s).