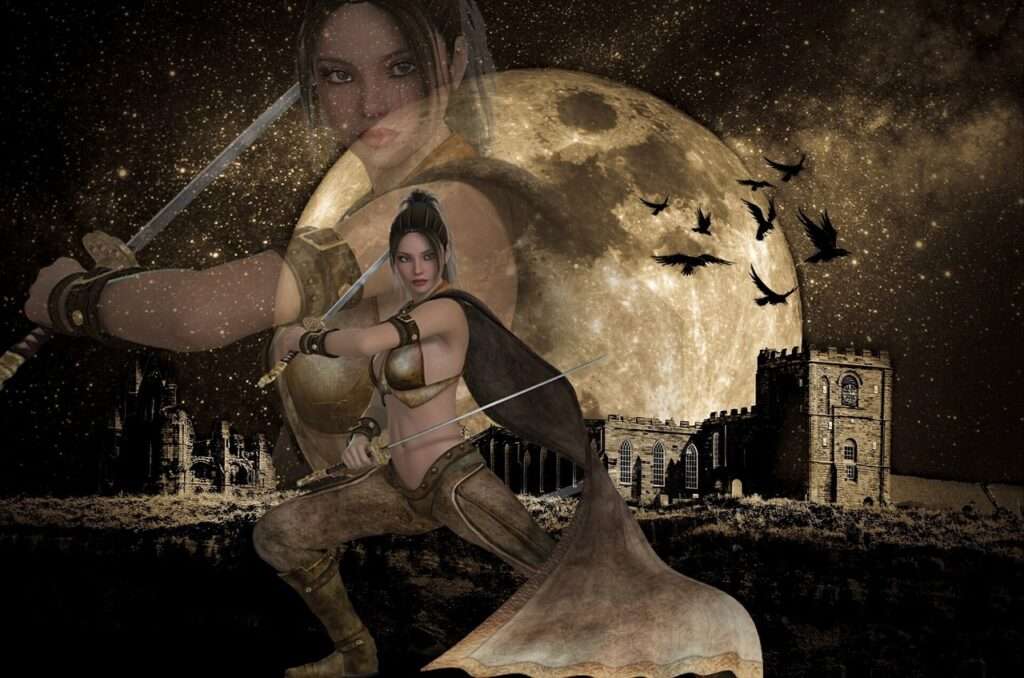 This article follows on from Venus Enters Scorpio: Love In The Underworld, which was written last month. Read both for a full understanding about this important Venus retrograde cycle. The first article includes the key dates/degrees of Venus’ retrograde motion and when Venus was last retrograde in Scorpio.

If you’ve read your horoscope for October, you will already know that this month is all about Venus in Scorpio. Venus represents women, love and relating, money and gifts, art and beauty. It’s one of the two benefics, i.e. the two best planets in astrology, along with Jupiter, also currently in Scorpio.

Traditionally, Scorpio isn’t Venus’ favourite star sign, as Scorpio’s realm is dark and mysterious and its modern ruler is Pluto, God of the Underworld. Scorpio’s interested in all things ‘taboo’, such as sex, money & death and said to be obsessed with power, transformation and self-analysis. Venus in Scorpio seems to fit her other attributes, such as being the Goddess of victory, fertility and prostitution.

This week, on October 5th, Venus begins her retrograde phase which takes place about once every 18-20 months. It lasts for approximately 40 days and 40 nights, which starts to give you an idea how significant the Venus retrograde phase can be. In fact, the eight year cycle of Venus has been important for many traditional cultures throughout history.

The Myth of Persephone

It’s easy to understand why Venus’ retrograde phase in Scorpio evokes the myth of Persephone. In Greek mythology, Persephone was the daughter of Zeus (Jupiter, King of the Gods) and Demeter, who presided over the fertility of the earth.

In the myth, Persephone is abducted by Hades, God of the Underworld, and becomes his Queen. Her mother grieves for her and brings famine to the earth. It’s only after Demeter negotiates with the Gods that Persephone is allowed to return from the Underworld. A deal is agreed that she will spend half the year with Hades and half the year above ground.

As with all myths, this one can be interpreted on different levels. It’s about the seasons, for example, as winter rages while Persephone is below the earth and summer and abundance return when Demeter is reunited with her daughter.

It’s also a powerful story of rebirth going down into the Underworld and encountering the dark. This is a scary experience which requires formidable strength, but it’s worth it because there’s potential to discover forbidden knowledge or hidden riches before you emerge back into the light.

In astrology, Scorpio rules deep emotion, the psyche and your inner self. Plus, the myth of Persephone is an obvious reference to sex and the different stages of being a woman.

It’s worth noting that in some versions of the myth, Persephone goes willingly down into the Underworld and isn’t abducted. For many women (and men) today, we have the freedom of choice to both experiment with and enjoy sexual pleasure.

How does all this relate to the imminent Venus Scorpio retrograde cycle? Will it be a time when you launch yourself into a passionate affair? Certainly, that’s one way this can play out. Venus has now been in Scorpio since September 9th and you may already feel a strong connection to your inner desires and hidden motivations.

The retrograde phase can be a time of deep learning, sometimes about love and sexuality, but also about money and power and your ability to be creative and bring something new into the world.

There are two distinct phases to the Venus retrograde phase and these are reflected by bright Venus in the night sky. Venus begins as an evening star but disappears from view as she grows nearer to her conjunction with the Sun on October 26th at 3 degrees Scorpio, the mid-way point. Then, she continues her journey and re-emerges as a morning star once she moves out of her retrograde phase.

You will know more about what this cycle means for you personally depending where Scorpio falls in your birth chart and which planets Venus triggers.

What To Do/What Not To Do

Venus rules love, so the Venus retrograde phase is significant for relationships and isn’t considered the best time to marry or make a major commitment. There’s a hidden, secretive theme to Venus retrograde in Scorpio.

If a new relationship begins, your response will be emotional and it’s wise to wait until Venus turns direct in Libra to see things more clearly. Scorpio is pure emotion, whereas Libra is air and therefore rational.

Lovers from the past sometimes re-emerge during this cycle and you or people close to you may want or need more time alone. If so, be patient. Not everyone will behave well, however, during Venus’ retrograde phase in seductive, secretive Scorpio. You may also be confronted with issues around power and control.

This is fascinating in the world because the #MeToo hashtag began in November 2017 when Jupiter was first in Scorpio. Now Venus has joined Jupiter, we’re seeing more examples of brave women who are willing to return to painful experiences in order to bring the truth to light. You need to be a warrior Venus, a strong Venus to do so. Venus in Scorpio is the embodiment of female power, the ideal time to harness your inner strength.

When it comes to money, ideally don’t make a major purchase or investment during this period. Instead, keep close tabs on money matters and ensure you know exactly where your money’s going.

It is potentially a good time to find second-hand bargains and recycle goods as Venus rules money and Scorpio’s linked with regeneration. You may also be working out a way to handle debt or consider how you can save for something special.

Otherwise, use this Venus retrograde phase to go in deep. It’s an ideal time for self-exploration, for gaining insight and understanding. Notice where your obsessions lie and what you want to shed or get rid of. Consider too the theme of rebirth and what you want to bring into the world as well as what’s fading away.

Here’s a quick guide to which areas of life Venus retrograde is triggering. Read both your Sun and Ascendant sign: