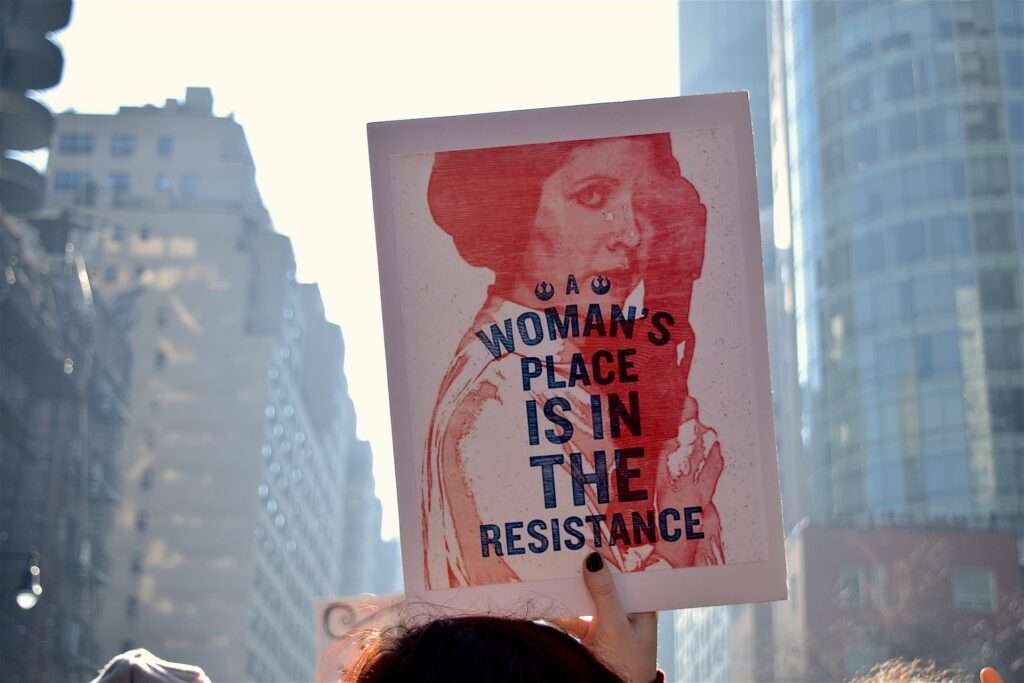 Venus is the planet representing women and on March 6th, 2018, Venus strode into the fire sign Aries where she remains until the last day of the month.

This is perfect timing for a month which includes International Women’s Day on March 8th. Venus in Aries, the sign of the warrior, is fierce, strident, independent and, if ever there was a time to demand women’s rights and celebrate women, it’s now.

Venus moved into Aries on March 6th along with another planet, youthful Mercury, a planetary symbol of the student. In Aries, Mercury shoots from the hip and the communication planet in the first sign of the zodiac, Aries, is direct, straight-talking and honest.

Plus, Aries is linked to guns thanks to it’s ruling planet, Mars. This month, young people, primarily in the States but also in other countries around the world, are standing up to have their say about gun control. With leadership from the Women’s March organisers, students and teachers are planning ‘Enough’, a national school walkout scheduled for March 14th.

Ten days later, on March 24th, ‘March for Our Lives’ will descend on Washington. The students, the young people are being inspired to take action and demand that the government addresses gun violence in the USA.

During March, Venus and Mercury are side-by-side in the zodiac as they move through Aries, the sign of the fighter, and they come together on March 20th, allies aligned in a cause.

The astrology also reveals what this uprising, this wave of activism may come up against. As Venus and Mercury move through Aries, they square off with two of the toughest planets, Saturn and Pluto, both in Capricorn.

Saturn in Capricorn is a symbol of big business, government control and the rigid laws of the country. Pluto is God of the Underworld and some of the survivors of the latest atrocity, the Florida school shooting, have already received death threats from anti-gun control activitists and the NRA. The students are up against tough opposition.

There is another side to this story from an astrological perspective because, on March 22nd, Mercury turns retrograde in Aries and retraces its steps until April 15th when it turns direct, still in Aries. Another school walk out is being planned for April 20th, and if so, this is great timing. In the interim, while Mercury’s on go slow, it may be time to regroup and consider changing tactics. 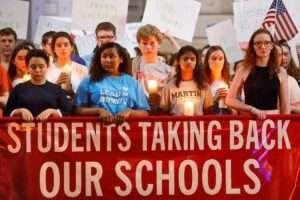 The planet that could spoil the party is macho Mars, which joins Saturn and Pluto in Capricorn on March 17th and Mars teams up with Saturn on April 2nd and Pluto on April 26th. This may be the reason to retreat and review the situation, as Mars at its worst can be an angry bully.

Mercury remains in Aries, the sign of the warrior, until May 13th, so even though there may be numerous attempts to shut down the voice of youth, this student uprising won’t give up easily and rightly so. The timing is spot on.