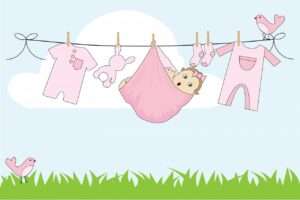 Princess Charlotte Elizabeth Diana was born on May 2nd 2015 to William & Kate and she truly is a girlie princess (see chart below).

Baby Charlotte’s Ascendant is caring Cancer which makes her ruling planet the Moon, and both her Sun in tender Taurus and her Moon in loving Libra are in Venus-ruled signs.

The Moon and Venus are the two feminine planetary bodies in astrology and Charlotte’s holy trio of the Sun, Moon, Ascendant, which tell you a lot about a person’s character and identity, all link back to the Moon and Venus.

In addition, her middle names give a nod to Queen Elizabeth (Great-Grandma), a Sun Taurus and the late Princess Diana (Grandma), a Sun Cancer. There’s the link to Venus (Taurus) and the Moon (Cancer) again. This is one girlie princess.

This isn’t surprising astrologically as William & Kate and their family embody traditional family values. William’s a Sun Cancer and Kate’s a Sun Capricorn; the two most traditional signs of the zodiac, ruling home/family (Cancer) and work/duty (Capricorn).

Plus,if you needed further proof of how this family is going to present traditional family values in their role as Royals, think back to the birth of Charlotte’s older brother, George.

George was born on July 22nd 2013 with his Sun at 29 Cancer 59, the last degree and minute of the sign, and his Moon at 28 Capricorn 16, again close to the end of the sign. The same two traditional signs as his parents.

Imagine if George had been born two hours later with a creative, independent Sun Leo/Moon Aquarius combination, what a different life might have been in store for him. Yet his destiny decreed that the traditional star signs would prevail.

When I made my prediction last June 2014 about what next for William (see Prince William, Sun Cancer, Sign of the Family), I picked out William’s progressed Venus conjunct his natal Moon as a fitting symbol for the birth of a baby girl.

The Moon rules babies and Venus rules William’s 5th house of children so William’s astrology also links in to the feminine planetary bodies, the Moon and Venus:

“In June 2015 his (William’s) progressed Venus will be conjunct his natal Moon in Cancer and this would be a wonderful opportunity for a second baby to join the family unit. As Venus and the Moon are feminine planets, the astrology suggests a baby girl.”

Born To Be Queen?

Jupiter is the royal planet and in William’s chart, he has a powerful Jupiter conjunct his Midheaven, the career and destiny point of the chart. Princess Charlotte’s Jupiter is in the royal sign of Leo and the traditional ruler of her Pisces Midheaven.

On October 28th 2011, the order of succession was changed to proceed directly from parent to child irrespective of sex. This means Princess Charlotte is now fourth in line to the throne after Prince Charles, Prince William and Prince George.

Is the girlie princess born to be Queen? She will certainly prove popular with the general public and with Neptune close to her Pisces Midheaven, will evoke a strong empathic response. Pisces is a sensitive and compassionate sign.

Plus the theme of communication is strong in her chart (Jupiter 3rd house, Mercury/Venus Gemini) so there might be a surprise choice of vocation from our girlie princess in the years ahead.