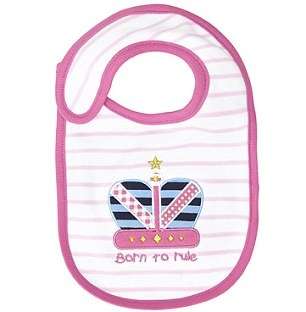 Never has the birth of a child been awaited with so much media coverage or interest as the Royal baby. On Monday the astrology forums were brimming with minute-to-minute updates on the possible combinations of Ascendant, Moon and even Sun sign with countless interpretations of what it would all mean.

For a time it looked as if we might have a new royal who would be an extrovert Sun sign Leo with a sociable & humanitarian Moon in Aquarius and if the baby had been a girl, what a Queen she would be.

In the end, tradition seemed to prevail as the new Royal Baby is a boy born on a Full Moon with his Sun in Cancer and his Moon in Capricorn, the axis of duty, responsibility and family. (see chart below)

In traditional astrology, the Sun in a natal chart represents the father and the Moon the mother and the Royal baby’s Sun/Moon combination mirrors the Sun signs of his two parents perfectly, his father William being a Cancerian and his mother Kate being a Capricorn.

The Royal Baby’s chart shows strong connections to his family and roots as his Ascendant is 27 Scorpio, close to his great-grandmother and the Queen’s Midheaven at 25 Scorpio and grandad Charles’ Sun sign at 22 Scorpio. Being a Sun Cancer, the Royal baby is of course the same Sun sign as his deceased paternal grandmother Princess Diana.

What’s striking about the baby’s chart is that there are no planets in the 10th house and this is unusual if he’s to be King one day. The Midheaven is the point of a natal chart that is closely connected to career and success and in the British monarchy there’s often a signature in their birth chart of a powerful planet conjunct the Midheaven.

What the baby does have is his 10th house ruler Mercury conjunct the ruler of his Ascendant Mars conjunct Jupiter, so his personal life, his career and his destiny are interlinked. Many Kings and Queens have been born on a Mars-Jupiter conjunction. In Greek mythology, Jupiter was King of the Gods and Mars the Hero or Warrior. This combination suggests someone who will stand up or fight for their beliefs and it’s the sign of a strong leader.

There are two major planetary configurations currently in the heavens that show in the Royal baby’s chart. One is the Grand Water Trine that links Saturn in Scorpio and Neptune in Pisces with the Mars-Jupiter conjunction in Cancer. Water signs are emotional and intuitive so the new royal is likely to be a boy who’s sensitive to the world around him and with the Grand Trine the potential is there to be creative and turn wishes and hopes into reality. Cancerians are typically kind and caring and like Princess Diana, his grandmother, before him this rare planetary configuration suggests he could become the Peoples’ Prince.

The Mars-Jupiter conjunction plus Mercury also form part of a T-square with the ongoing clash of the Titans, the Uranus-Pluto square. This combination shouts ‘out with the old and in with the new’ so there’s a feel of a rule-breaker about the new royal and even though he’s bound to tradition being born on a Cancer-Capricorn Full Moon, he’s likely to have radical or outspoken opinions and want to do things differently. Whether this plays out in the public eye or in his personal life remains to be seen but with a Scorpio Ascendant he will have a deeply private side to his personality.

What Does the Future Hold?

For now we can speculate what his natal chart means for his future, for example, with the Cancer/Capricorn planets astride the finance sectors of his horoscope, he may be involved with significant changes regarding the money or wealth of the Royal family. With Venus, his partner planet, opposite Neptune in the chart, love could be a powerfully seductive influence in his life and with so many planets in water signs the new royal may discover he has artistic or musical talents that he wishes to pursue. Finally with key planets in his chart in the psychic 8th house, he’s likely to be an intuitive soul and may follow in the footsteps of Princess Diana and have his own astrologer or two.

On that note, can I just add dear future King that with my own Venus, ruler of my 7th house, at 27 Scorpio 14 almost exactly conjunct your Ascendant, please do be in touch in your later years if you’re seeking astrological guidance and as a Scorpio myself I promise never to reveal your secrets!