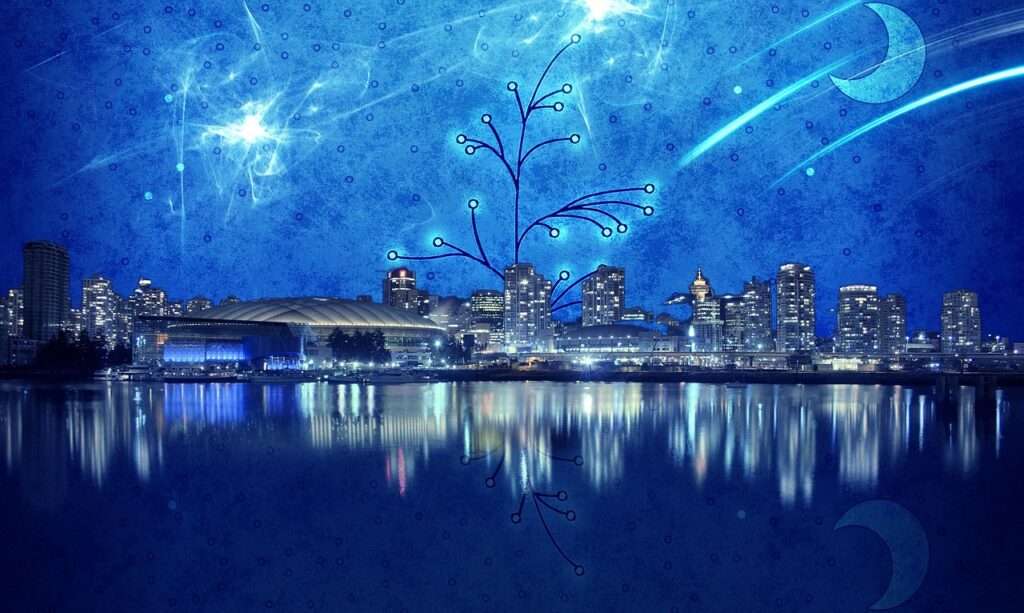 Today is the first day of November and I’ve decided to commit to writing one blog post a day for the next 30 days. This is inspired by the annual Nanowrimo event, better known as National Novel Writing Month. This is where people all over the world make a promise to write every day in the month of November.

I’m not writing a novel but writers love to write so I’ll begin. Some of the blog posts you read will be completely new, some will be from the archives and some will be adapted to the current astrology.

November begins with a stunning Sun – Neptune trine aspect which marked the Scorpio New Moon on October 30th 2016 as special. Here’s a blog post I wrote about it: New Moon Scorpio: Dive In Deep.

This feels important for November’s astrology because Neptune plays a key role throughout the month. The planet linked to the sea ruling fantasy, imagination and dreams, is currently at home in its sign of rulership Pisces. Neptune moved into Pisces in 2011 where it remains until 2025, which means this is a once-in-a-lifetime experience. So what does Neptune’s influence mean for you?

In astrology Neptune wears different guises but when it’s strong in Pisces and makes a stunning trine aspect to the Sun, this is often about artistic or divine inspiration. Pisces is one of the water signs and Neptune in Pisces helps you tap into your creative or spiritual source.

Two of my favourite authors have the Sun-Neptune signature in their own charts and they both demonstrate their connection to source through their work. The first is Elizabeth Gilbert, author of the fabulously popular feel-good novel, Eat, Pray, Love: One Woman’s Search for Everything

, which documented her travels and experiences in Italy, India and Indonesia.

Elizabeth also gave a TED talk which embodied the Sun-Neptune signature in her chart. It was about nurturing creativity and your elusive creative genius. You can view the video here.

The idea that Elizabeth put forward was that as a creative person you can’t ‘be’ a ‘genius‘ but you ‘have’ a ‘genius‘ that comes to you in the form of inspiration. This idea links back to ancient times when they called this entity a ‘daimon’. It can also be termed a ‘guardian angel’ or ‘spirit guide’.

The ‘daimon’ in astrology

This concept isn’t new to astrology as the idea of the ‘daimon’ is used in traditional astrology and horary astrology in particular which is a form of divination.

Horary astrology involves drawing up an astrology chart for the precise time that a question is asked. Through astrology and the astrologer’s participation in reading a chart, the ‘daimon’ communes with you, a direct link between the human and the divine worlds.

The second author is James Hillman who wrote one of my all-time favourite books, The Soul’s Code: In Search of Character and Calling

. James Hillman was an archetypal psychologist who died in 2011, age 85. His son Laurence is an astrologer and I had the privilege of attending a workshop run by father and son on planetary archetypes many years ago.

In his book, James takes the idea of the ‘daimon’ or ‘genius’ one step further and suggests that each of us has a calling or destiny that’s often evident from a very early age. It’s a wonderful book that uses the extraordinary (examples of famous people who’ve followed their calling) to inspire the ordinary.

Both authors were of different generations and different Sun signs. Elizabeth Gilbert was born on July 18th 1969, a Sun Cancer and James Hillman was born on April 12th 1926, a Sun Aries. Yet in both charts, the Sun is in an extremely close trine aspect to Neptune.

Sun-Neptune connections are classic planetary aspects for people fascinated by mysticism, the intangibles of life and creative expression. Neptune represents the muse and perhaps also the ‘daimon’ or ‘genius’.

The word inspire means to ‘breathe in’ so this month if you lose sight of your own ‘genius’, be re-inspired by reading and learning, seek out other peoples’ ideas, nature, music, poetry, whatever does it for you personally and ‘breathe in’ a fresh way of looking at the world.

If you have Neptune strong in your own chart (as do I), give yourself time and space this month to explore your own connection with divine inspiration and be open and receptive to your personal ‘genius’.