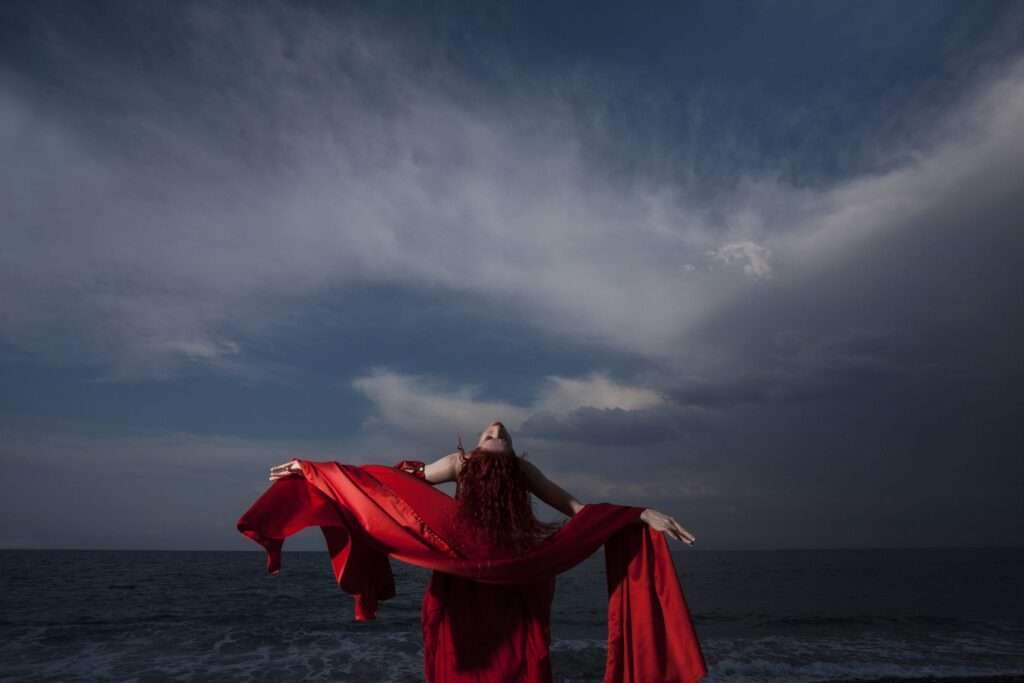 The meeting of the Sun and Venus retrograde is a symbolic turning point. It’s called an inferior conjunction and heralds the time of year when Venus changes from being an evening star to a morning star. In other words, you won’t be able to see Venus after dusk but will need to wake before dawn to see her beauty.

From the Dark Into the Light

​​In order to change from evening to morning star, Venus becomes invisible as she journeys back towards the Sun. In mythology, this was seen as her descent into the Underworld. While she’s in Scorpio, the star sign ruled by Pluto, God of the Underworld, this is a particularly powerful phase. Venus disappears from sight and re-emerges reborn.

The Mayans thought of Venus as morning star as a warrior goddess and Venus is the archetype of woman, which not only includes lover but also warrior.

Venus has come to represent the feminine ideal that’s sweet, kind and charming, but there are many aspects to Venus. If you want to know more, read up on your mythology or check out an old article of mine: The Many Faces of Venus.

When the Sun and Venus unite in Scorpio on October 26th, this is potentially a passionate union. The Sun adds light so themes of illumination and enlightenment are foreground. Listen out for insights, delve deep to gain understanding and feel your emotions. This date could prove to be a significant turning point for a love relationship, a power battle in your life or self-understanding.

Venus remains retrograde for another twenty days but she’s starting to gain in strength as she brings wisdom and experience with her once she emerges out of the dark and into the light.

If you were born with Sun conjunct Venus, she’s a dark/invisible star. This may mean you express your Venus differently depending where she is in your birth chart in relation to the Sun.