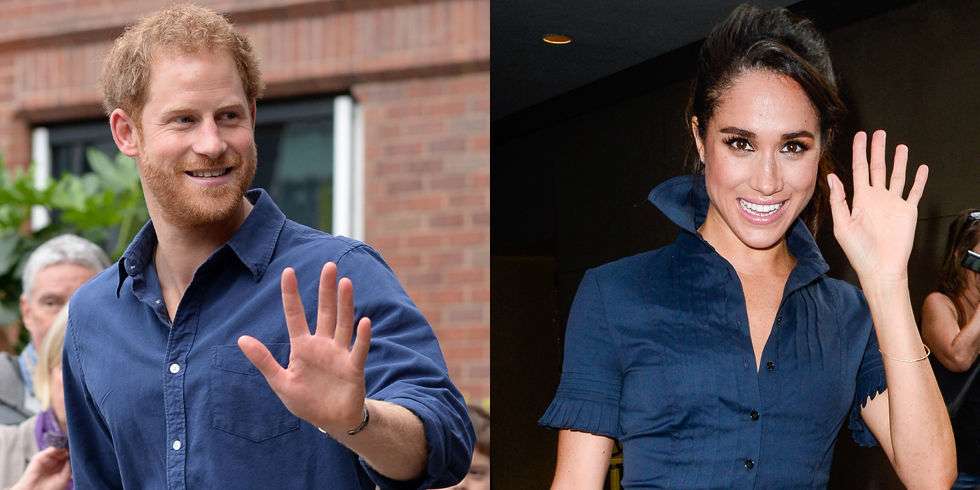 Rumours are abounding that Prince Harry has recently asked the Queen permission to marry his divorcee girlfriend, the American actress, Meghan Markle. What can astrology reveal about their compatibility and do the stars suggest a happy-ever-after scenario for the couple?

Based on their Sun signs alone, this is a ‘next-door neighbour’ combination. Meghan is a Sun Leo (b. August 4 1981) and Harry is a Sun Virgo (b. September 15 1984). It’s an unlikely pairing but seemingly rather popular right now as another big wedding is about to take place between a Leo & Virgo couple this weekend.

That wedding, of course, is between Pippa Middleton, sister of Kate Middleton, who will marry James Matthews on May 20 2017. Pippa is a Sun Virgo (b. September 6 1983) and James is a Sun Leo (b. August 21 1975). Here’s what I wrote about the Leo-Virgo match in my Love Compatibility guide:

This love match is all about looking and feeling good. Leo adores the attention that Virgo gives them and prim and proper Virgo enjoys living life to the full with fun-loving Leo. If they can balance work and play, these two make a winning team.

In their charts, the two signs are reversed but Cancer and Capricorn are the signs of tradition and family, heritage and security. If Meghan takes the brave step of marrying Prince Harry, assuming he asks her, she will not just be marrying the man but the dynasty and royal protocol that goes with it.

The planet which rules the Descendant represents your partner in astrology and in Meghan’s chart, this is Saturn, the planet of prestige and status, respect and authority. In her birth chart, Saturn is exalted in the relationship sign of Libra and sits between a stunning Moon-Jupiter conjunction.

This triple conjunction is unique in her birth chart and it hints at marrying into a notable relationship, one that will include responsibility (Saturn) and privilege (Jupiter). Meghan’s emotional needs, represented by the Moon, take on a weighty context when paired with two of the leaders of the planetary universe. It will definitely help that she’s a Sun Leo, the royal sign, proud and dignified.

Harry’s partner planet is the Moon in Taurus, its sign of rulership. This Moon is a safe harbour and sits close to the IC, the point at the base of the birth chart, representing home, family, origins, ancestry. Harry needs a partner who will be his rock, someone constant, steady and down-to-earth. A sensual disposition helps too.

In astrology, the Moon represents how you experience your mother so this is also Princess Diana, Harry’s Mum. One of the iconic photos of Diana with her two sons, William & Harry, was laughing out loud on a theme park ride. It was said that Diana wanted her boys to have as ordinary a life as possible, even though they were born into royalty.

This is a perfect symbol of the Moon in the everyday earth sign of Taurus, a steady and caring influence. You can understand how devastating it must have been for Harry when his mother was no longer there for him in her physical form.

Back in 2012, I wrote an article entitled Prince Harry, Usain Bolt and Finding Love, in which I speculated whether Harry would find love that year. This was based on the two benefics, i.e. the bounteous planets of Venus and Jupiter triggering Harry’s natal Moon as they moved through the sign of Taurus. It was a fortuitous time to fall in love.

So what was happening for Harry last year in August 2016 when he met Meghan? In Harry’s chart, his Moon at 21 Taurus makes a supportive trine aspect to his Sun at 22 Virgo. Four years after Jupiter was in Taurus and conjunct his Moon, it had moved into Virgo and was conjunct his natal Sun in August 2016. Gorgeous!

Plus in the same month, love planet Venus made her annual trip through Virgo and there was a stunning Venus-Jupiter conjunction that lit up the night sky. The harbingers of love (Venus) and good fortune (Jupiter) in Harry’s sign of Virgo – a beautiful omen for the start of a love affair.

If we look at Meghan’s birth chart for August 2016, once again it was about love as Meghan’s Venus, the love planet, is also in Virgo. It was not only her Venus Return, an annual event that promises happiness but the karmic North Node in Virgo was conjunct her natal Venus. A destiny moment for new lovers.

As a final nod to destiny, August 2016 was the beginning of the current Leo/Aquarius eclipse cycle which continues until January 2019. Eclipses are game-changers and they often coincide with events that set you on a new life track, especially true this time around for anyone born under the signs of Leo or Aquarius.

There is an important point to note about how Harry and Meghan’s mutual charts interlock. In a woman’s birth chart, Mars represents the men she’s attracted to and Meghan’s Mars is in the family sign of Cancer hidden away in the private 12th house. Her Mars at 11 Cancer 26 is almost exactly conjunct Harry’s Descendant, his relationship point, at 11 Cancer 21. This suggests a strong sexual attraction and a tight bond.

Even though Meghan is a colourful extrovert Sun Leo, she will have to learn to keep her private and public lives separate if she does marry Harry. This is reflected in her 12th house Mars in Cancer.

Will He Pop The Question And When?

It’s not escaped this astrologer’s attention that there’s a Venus-Jupiter opposition this weekend, May 19/20 2017. Since August 2016, Venus has travelled halfway round the zodiac whilst Jupiter has gently inched into the next sign of Libra. This current planetary aspect feels like the culmination of the promise of last year’s glorious Venus-Jupiter conjunction.

So no wonder there are rumours about marriage now as the two attend Pippa & James’ wedding together. Yet if Harry wants to be in step with the universe, the defining astrology takes place close to Meghan’s birthday this year.

Firstly, there is a Leo/Aquarius Lunar Eclipse on August 7 2017 three days after Meghan’s birthday. Full Moons symbolise unity as within the opposition is the potential for harmony. Harness the energy well and opposites can attract and complement each other as they work together.

Secondly, Jupiter is exactly conjunct Harry’s natal Venus in the partnership sign of Libra on August 6th and love planet Venus is conjunct his Descendant, the relationship point, just four days later on August 10th. Once again, the benefics are working their magic. Just do it, Harry! 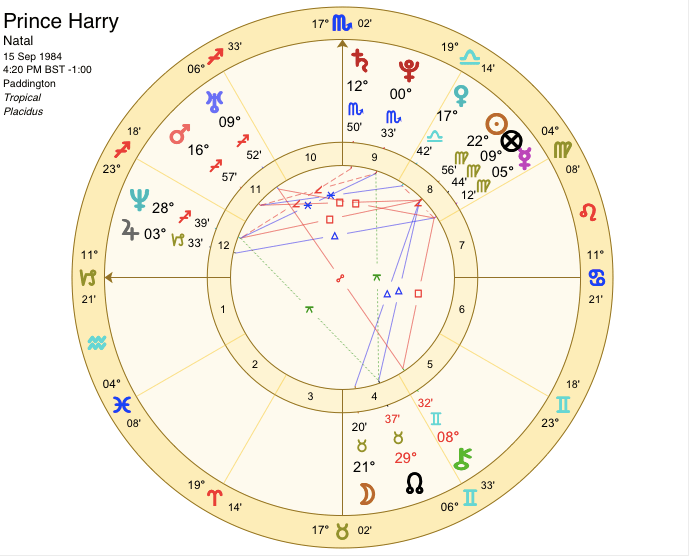 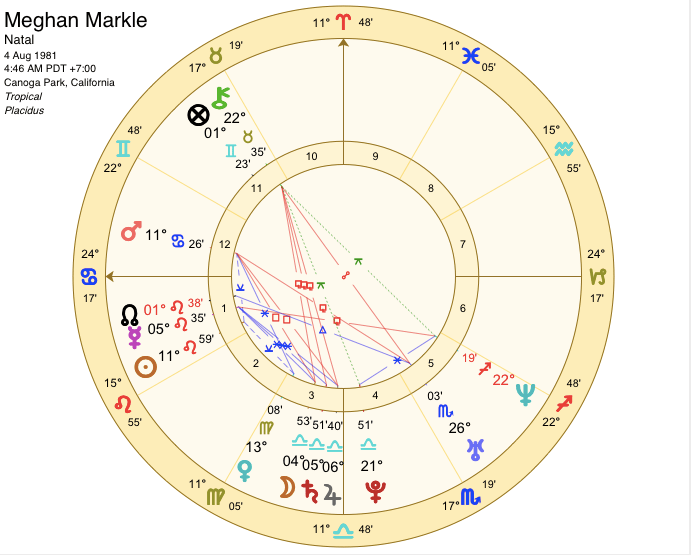 *the title of the article is a nod to the classic 1989 film, ‘When Harry Met Sally‘