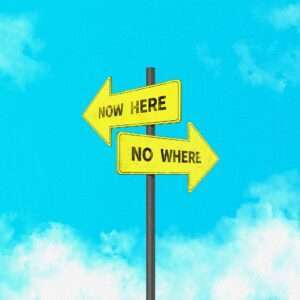 There’s some major astrology taking place next year and we’re already feeling this building in the world. The premise of astrology is ‘as above, so below’, i.e. what’s happening in the movement of the planets is reflected in life on earth.

The major event is a conjunction of Saturn (authority) & Pluto (power) in Capricorn on January 12, 2020. This conjunction takes place once every 30-40 years. Next year’s conjunction is significant because of the star sign it’s in. Capricorn represents government, big business, the establishment.

Pluto is a destroyer by nature, it purges, wipes away. Since Pluto’s move into Capricorn in 2008, we’ve seen major shifts in the world of finance (2008 was the last financial crash), also government & world leadership. Pluto remains in Capricorn for another five years.

My theory is that Saturn coming along behind Pluto is a good thing. Saturn is strong in Capricorn, its sign of rulership. Therefore, it’s cleaning up Pluto’s corruption & absolute power and establishing new rules.

As we know in the battle of the Gods in mythology, the Old order has to be defeated before the New order can reign. This is a clear symbol of what’s happening astrologically.

Old established structures are breaking apart, political laws are being exposed as archaic and outdated, leaders as incompetent. We’re seeing this around the world in the UK, USA and many other countries besides.

Living in the UK, Brexit is currently a shambles and we may well be heading for a ‘no deal’ as we stumble out of Europe (which would fit this particular astrology, see description of Pluto/nodes below).

The New order begins December 2020, when there’s a Jupiter/Saturn conjunction in Aquarius – another key planetary event which happens every 20 years. Aquarius is more closely aligned to the collective, democracy, the people. Together, Jupiter & Saturn are strong leaders, both attuned to decent values.

This week, exact on April 4th, but active for a longer period, Pluto in Capricorn is conjunct the South Node, a karmic point in astrology. This is a rare event in astrology and worth noting, especially with the impending Saturn/Pluto conjunction.

The Nodes – North Node/South Node – cut across opposite axes of the zodiac and reveal insights about your destiny, your life path; where you’ve come from and where you’re heading.

The nodes fall in alignment with the eclipse cycles. Our current eclipse cycle is moving through the star signs, Cancer & Capricorn – traditional symbols of home & family (Cancer), work & responsibility (Capricorn). It’s here where changes are taking place. This eclipse phase began in July 2018 and lasts until July 2020. Another reason why this is a key period in history.

The South Node is your comfort zone, where you retreat to or withdraw in life. It’s associated with automatic patterns and habitual behaviour. You can stay here but it won’t allow you to grow & develop or fulfil your destiny in this lifetime.

The South Node is a place of release & letting go, similar to Pluto’s purging qualities. Therefore, consider your own life and what needs releasing, what you’re moving away from. Consider where you’ve become automatic or lazy.

This key event may not be obvious to everyone. It will be more meaningful if you have planets/angles close to 23 degrees Capricorn or planets/angles at 23 degrees which make a major aspect to this point (Personally, I use a 1 degree orb either side).

Sometimes, the best way to describe what astrology means is to use the images that pop up in the language of symbolism. Recently, I’ve found myself running a loop in my own head of the iconic song ‘Road To Nowhere‘ by the wonderful David Byrne, lead singer of Talking Heads.

The image of David Byrne dressed in a black suit running endlessly but going nowhere seems an apt symbol for Pluto conjunct the South Node in Capricorn. We feel helpless when we can’t control events in the world or in our own lives.

You may have your own version of this relentless running, where you’re on a treadmill and find it hard to get off.

The Pluto/South Node conjunction can flag up where it’s time to let go, move on, give in. It reveals what’s not working out or where you have no control. All you can do is navigate your way forwards as best you can keeping in step with the changes taking place, wherever they lead you.

This process continues throughout this year and peaks in 2020. Later this month, April 2019, Saturn in Capricorn is also conjunct the South Node, so don’t turn a blind eye to whatever’s unravelling or falling apart.

(Please read your monthly horoscopes if you haven’t already – they will help you understand more about these major astrological shifts of Pluto/Saturn/South Node. Click on Monthly at the top of the page.)

I have another tune running through my head for Saturn conjunct the South Node – I wonder if you can guess what it is? (to be revealed at the end of April…)

“Let go of the spirit of the departed

and continue your life’s celebration”

The quote above is by Allen Ginsberg (b. June 3, 1926). A Sun Gemini with a strong Pisces signature in his chart, Ginsberg was born with Pluto in Cancer conjunct the North Node in the 4th house. Pluto is a symbol of the departed as God of the Underworld.

Ginsberg spoke these words to his friend, Patti Smith, after her husband and brother died in the space of a month.

Whatever the world throws at you, whatever you are faced or confronted with in your own life, you can choose to release, let go and continue your celebration of life. It’s an important message to hold on to whenever things fall apart.