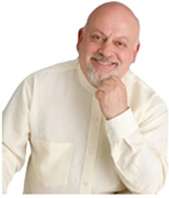 Sad news emerged this week that the popular astrologer Jonathan Cainer passed away on May 2nd 2016. He was arguably our best media astrologer and his astrology page in the Daily Mail was read by millions.

Jonathan was a double Sagittarius (see chart below) with both the Sun and Ascendant (sign rising at birth) in the sign of the Archer.

Sagittarius is the visionary, the big thinker and Jonathan was a savvy entrepreneur who ran a successful astrology business on the back of his media profile.

It was widely known that Jonathan didn’t receive a fee from the Mail but instead he pocketed the revenue of his profitable phone line business (run by his brother) and was able to advertise his astrology products and services on his astrology page. His nephew, Oscar, is said to be taking over Jonathan’s work, keeping it in the family.

Sagittarius is the sign ruled by jovial Jupiter, the planet of luck and good fortune and in Jonathan’s chart, Jupiter’s flying high. It sits conjunct his Midheaven, the success point of the chart.

With his Sun on the Ascendant, Jonathan made many public appearances and loved to perform to an audience. A hippy at heart, he could often be found at one of the many music or alternative festivals around the country. He visited Stonehenge during the Summer Solstice celebrations and was a regular speaker at Glastonbury.

He was also hugely generous, a Sagittarius characteristic, and he mentored many up-and-coming astrologers, some of whom wrote guest posts for his popular media pages. He was always ready with a kind word and a keen desire to talk astrology and all things spiritual.

Jupiter’s the big planet, expansive, protective, and Jonathan had a big family. His life wasn’t free of tragedy however and in 1992 his wife Melanie was killed in a car crash. They had five children under the age of 9, including 7 month old twins, and Melanie had two other children before she met Jonathan. His kids are now grown up but since that difficult time he’s become father to another daughter with his new wife/partner Sue.

Jonathan will be remembered for his visionary astrology. He wrote in a philosophical style and often said that he used the astrology as a spring-board to write intuitively. This fits the strong Scorpio influence in his chart with the Moon, Mars, Neptune and the north node all in this potentially psychic sign.

The Sagittarius horoscope which appeared in the Mail on the day of his untimely death at 58 years of age was spookily accurate. Jonathan wrote:

We aren’t here for long. We should make the most of every moment.

We all understand this, yet don’t we forget it many times? We get caught up in missions, battles and desires. We imagine that we have for ever and a day.

In one way, we may be right – for are we not eternal spirits, temporarily residing in finite physical form? An elevated perspective is essential to a meaningful existence.

JC will be sorely missed not only by the astrological community but by all his loyal followers and everyone he inspired on a daily basis. His horoscopes acted as a touchstone, a chance to hold off the hectic nature of life, an opportunity to stop and reconnect with self, with source.

He’s returned back to the Gods now on the next stage of his journey. May he rest well and soar eternally and playfully through the cosmos. Jupiter’s child. 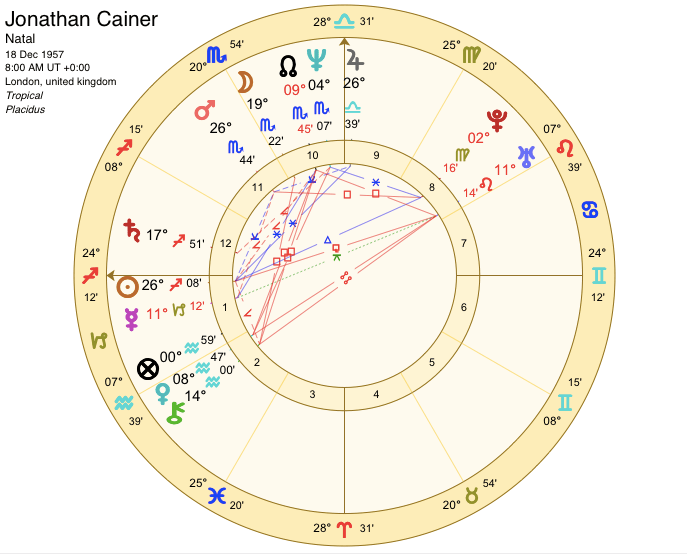