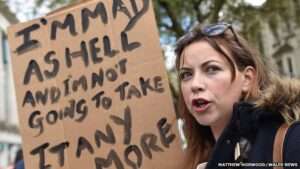 Last week I read an article in the press about the singer Charlotte Church, who recently joined a protest in Cardiff about budget and austerity cuts post General Election.

Charlotte’s actions resulted in her being called a ‘champagne socialist’ by the leader of the Welsh Conservatives.

In response she wrote an articulate blog on her website stating her reasons for wanting to ‘fight harder’ against the Conservative majority government, adding that she was more of a ‘prosecco girl’ rather than a champagne drinker.

As an astrologer I was immediately intrigued as I know Charlotte Church (b. February 21st 1986) is a Sun Pisces, fitting her surname, bizarrely enough. Plus, her huge singing career which began at the age of 11 and Pisceans often gravitate towards musical careers.

Charlotte’s been referred to many times as having the ‘voice of an angel‘ and Pisces with its religious and spiritual overtones fits the symbolism beautifully. Pisces rules alcohol too as Neptune, Pisces co-ruler, symbolises all liquids so here’s the ‘prosecco girl’.

Yet Pisceans aren’t thought of as archetypal activists and I guessed that Charlotte would have key planets in strident Aries, the sign after Pisces. This would show the young woman who was willing to ‘fight harder’ and carry a banner that says ‘I’m mad as hell and I’m not going to take it anymore‘ (see photo above).

As you can see from her chart below, Charlotte has no planets in Aries but what she does have is a Mars/Saturn conjunction in Sagittarius and Mars, planet of anger, at 11 Sagittarius is closely square her chart ruler Venus at 11 Pisces. This Mars is the strident activist in the philosophical sign of Sagittarius and next to Saturn, Mars means business. Venus square Mars adds a competitive nature, someone who’s not afraid to fight.

Plus there’s another key square aspect in the chart between Mercury (communication) and Uranus (revolution). Again with so many planets in the relatively ‘soft’ sign of Pisces, you wouldn’t expect Charlotte to speak out of turn or to speak up. But here is a classic square aspect (planets in conflict) that’s agitated, restless, shaken and stirred. Uranus provokes the Mercury and this combination often plays out in a strongly opinionated attitude.

Add to the rest of the astrological pack a bold and confident Moon in Leo conjunct her Midheaven (career point) and this testifies that Charlotte would make a great politician and be popular with the public too. Her Moon is square a 1st house Pluto adding intensity and power to the mix.

Born in Wales, Charlotte has already packed a lot into her young life and with her Moon conjunct the Midheaven, she’s often been in the limelight. A huge recording career, her own show ‘The Charlotte Church Show’ and a tabloid-loving relationship to the Welsh rugby player Gavin Henson which produced two children, although the relationship ended in 2010. Charlotte was a mother by the age of 21 to Ruby and her son Dexter was born 16 months later. All this and she’s not yet experienced her Saturn Return.

That is about to happen and I wouldn’t be surprised if we see more of Charlotte Church whilst Saturn is in Sagittarius, provoking her own natal Mars/Saturn conjunction. Saturn reaches her natal Mars in December of this year, 2015, but it’s 2016 when the conjunction is fully activated.

With so many planets in the signs of Pisces and Sagittarius, Charlotte has a huge drive towards truth and justice. Jupiter rules both these signs and at its best Jupiter is linked to belief systems, adding visionary ability and a deep sense of purpose to one’s life goals.

This could be the start of a positive showing for Saturn in Sagittarius, calling forth all those people born with Saturn in the sign of the Centaur.  A young generation willing to stand up for what they believe in and I for one hope we’ll be seeing more of Charlotte Church, a very proud ‘prosecco socialist’.

– Read Charlotte’s response on her website Charlotte Says Hmmm: ‘More of a Prosecco Girl, myself’ 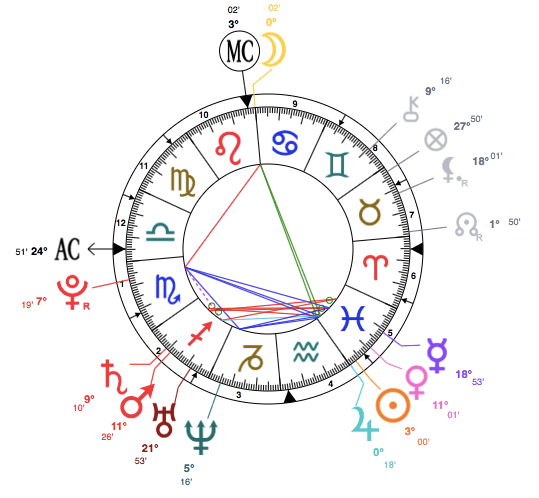