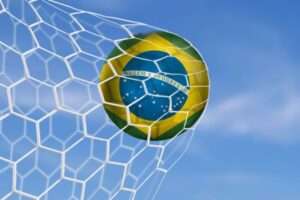 Whether you’re a footie fan or not, most of you will know that the FIFA World Cup starts today in Brazil.

I’ve been taking a look at the astrology of the World Cup for Horoscope Friends. Here’s a snippet from the article I’ve written for them:

“The FIFA World Cup takes place every four years when the top 32 teams around the world compete to win the coveted football trophy. At the last World Cup in July 2010, the Germans discovered a new star who quickly became a worldwide sensation. His name was Paul and he was a psychic octopus.

Before each match he was given two boxes which contained food and were draped with the flags of the two competing countries. Whichever box he chose first was the winning team. The octopus correctly predicted all six of the German national team’s matches and topped that off by predicting the winner of the play-off match for third place and the winner of the final.

His semi-final prediction however was extremely unpopular with his home country as he predicted (correctly) that Spain would beat Germany. Spain won 1-0. Bitter German fans threatened to turn him into sushi but Spain’s Prime Minister saved the day when he called for octopus bodyguards and offered Paul an immediate transfer to Spain to ensure his protection. Paul remained in Germany and died in October 2010 aged two-and-a-half, a normal lifespan for his species.”

If you want to find out whether astrology can predict as accurately as a psychic octopus, why England’s historic 1966 win was written in the stars and who the favourites are to lift the 2014 trophy, click here to read the full article.