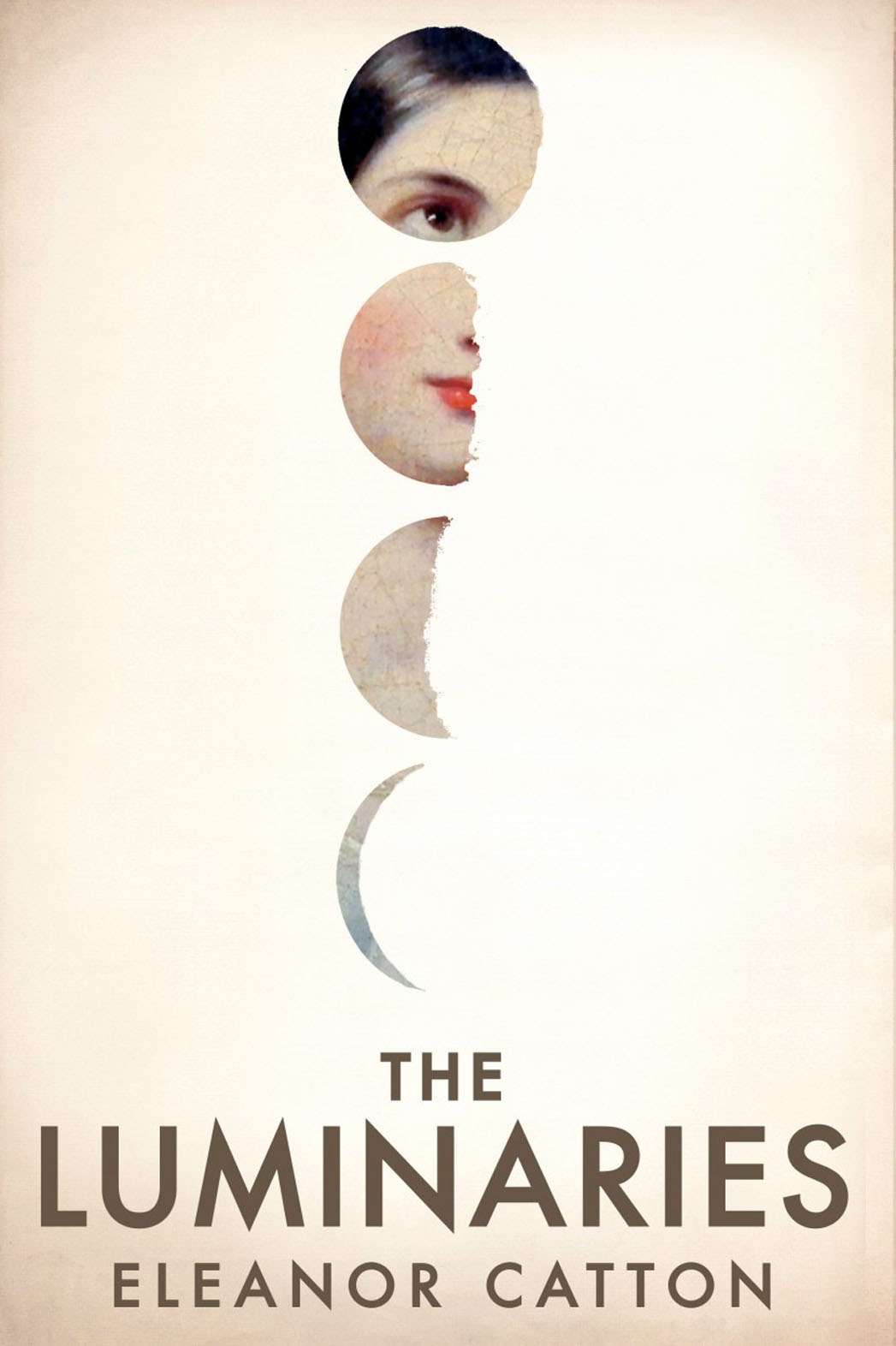 “There was this large world of rolling time and shifting spaces, and that small, stilled world of horror and unease; they fit inside each other, a sphere within a sphere”.

This is what Eleanor Catton has done in her second novel, The Luminaries, which won the 2013 Man Booker Prize and the title itself, The Luminaries refers to the light-giving bodies, the Sun and Moon. We read it recently for our online Book Club and it was a most enjoyable read, although at just over 800 pages, it was agreed that it was also a lengthy read which made you feel rather worthy on finishing it.

The novel is set in Hokitika, a gold-mining town in New Zealand at the height of the West Coast gold rush in 1866. This much is factual but the story and characters are fictional.  The novel is written in the style of a historical Victorian novel, it is part thriller, mystery, detective novel, love story, drama and the eclectic mix of characters each have their own individual story to tell. Some of them experience great wealth and good fortune whilst others are exposed to the raw side of life through disgrace, downfall or tragedy. It’s a romp of a novel and one that you can easily and blissfully lose yourself in.

The novel is written in 19th century style with lengthy character descriptions, moral appraisals and lovely archaic chapter introductions so typical of the time, e.g. the first sub-chapter is entitled Mercury in Sagittarius “In which a stranger arrives in Hokitika; a secret council is disturbed; Walter Moody conceals his most recent memory; and Thomas Balfour begins to tell a story”.

It was agreed in our book  club that it was a complex novel to read partly due to the diverse range of characters which included a shipping magnate, a chaplain, a chemist, a hotelier, a banker and a goldsmith (can you guess the star sign for each of them?) and the numerous venues including an opium den, a courthouse, a gaol, a hostel and a newspaper office (same for the houses – which venue, which house?) At times it was easy to forget who was who and I often referred back to the introductory pages to remind myself of the characters. In fact, allocating the star signs and planets to the characters helped me remember the individual characters better.

The novel was written in what seems to be a fairly common modern style of jumbled-up time frames so the novel started in January 1866 with the 12 ‘star sign’ characters gathered in a room to try and sort out a muddle of a mystery that has taken place being interrupted by the ‘narrator’, Walter Moody, represented by the planet of communication, Mercury. Two chapters followed depicting events in February and March 1866 and then we had flashbacks from the year before beginning in April 1865 and leading up to December 1865.

The plot of the novel played out over a whole year, the time it takes the Sun to move through the 12 signs of the zodiac and the first three chapters were lengthy but grew shorter and shorter until the last chapter whose introductory script far outweighed the plot. Having read an interview with Eleanor Catton, I now understand that she based the form of her novel on the Golden Spiral, also called the Golden Ratio or Fibonacci sequence that appears in much of nature and in the most beautiful forms of architecture.

In the interview, she states: “I had become fascinated with this idea … can I write a book that has 12 parts, where every part stands in golden ratio in terms of length to the part that comes after it“. That would have meant she needed to write a novel of over 300,000 words so she rethought her plan and opted for a book where each chapter was half the length of the chapter before. I believe that is what she has done and partly why the novel comes in at over 800 pages.

Each of the chapters relates to a real time in history and they begin with beautifully hand-drawn astrological charts depicting the accurate astrology of the date and place in time. If you are fluent in the language of astrology, then chapter titles such as The House of Self-Undoing, Mutable Earth and Matters of Succession will reveal a deeper meaning to this complex novel. Plus the sub-chapters all refer to astrological phenomenon, e.g. The Greater Malefic, A Partial Eclipse of the Sun and Jupiter in Sagittarius. Each sub-chapter relates to the actual astrology shown in the opening chart and the plot revolves around the character who represents that planet/Sun sign. Confusing? Yes, at times…

As you can tell, it’s a complex novel but incredibly well-written and perhaps one of the cleverest layouts of a novel I’ve ever come across. Even with my 25 years astrology expertise, it still took me a while to work out which of the main characters represented which planet and I still don’t quite understand why Crosbie Wells is ‘Terra Firma‘, presumably representing the Earth. (Eleanor, if you’re reading this, I’d love to know!)

What to me was most remarkable however was discovering that Eleanor Catton was only 28 when she won the Man Booker prize. Really? Then hats off to you, Eleanor. Who knows what she’s going to achieve for her Saturn return (which occurs age 29 and is often a defining moment in a person’s life).

The astrology of the novel is based on the astrology of the time as is explained in the introduction and therefore represents ‘persons born during the Age of Pisces, an age of mirrors, tenacity, instinct, twinship, and hidden things. We are contented by this notion. It further affirms our faith in the vast and knowing influence of the infinite sky‘.

‘The Luminaries’ is a beautiful yet complex novel and like the stars and planets in the sky, one that will remain with me for a very very long time.

You can buy a copy of the book from my Amazon page in the UK by clicking on this link: The Luminaries