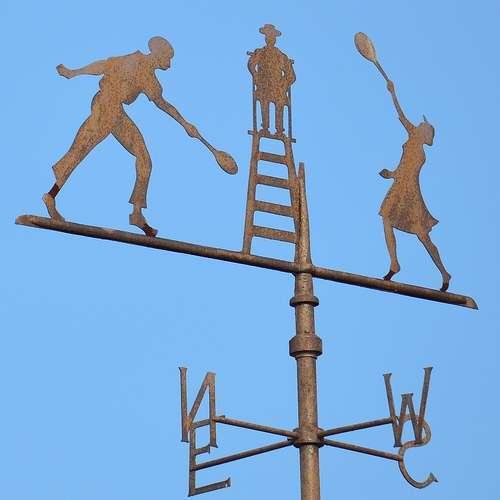 If you’ve been reading any of the comments posted over the last couple of weeks, you’ll know that Nadal was my favourite to win although I didn’t bet this year as the odds weren’t great and I was extra busy so never got round to writing a blog post before the event.

Understanding the astrology and why it worked can help us predict what next and what’s next is Wimbledon, my favourite tennis grand slam event of the year and last year I correctly predicted that Roger Federer would lift the trophy.

The astrology for this year’s final was blindingly obvious. Rafael Nadal is a Sun Gemini but more importantly his success planet (ruler of the 10th) is Mercury in Gemini. Mercury is fleet-footed and in Gemini, nimble and dexterous and Mercury rules the hands, perfect for a speedy tennis player. In Nadal’s chart Mercury is at 26 Gemini 24 and on the day of the final lucky Jupiter, the planet of opportunity, was at 26 Gemini 12, almost exactly applying conjunct Nadal’s Mercury. I’ve posted the chart of the final below and you can see that the Moon/Jupiter conjunction in Gemini sits on the Midheaven or success point bringing Nadal’s Mercury to the apex of a chart that spells success, glory and a new winning record.

The top four players of men’s tennis share numerous similarities in their charts and the sign that’s dominant for all of them is Gemini. Both Rafael Nadal and Novak Djokovic are Sun Geminis and Andy Murray and Roger Federer have Gemini Midheavens, the success point of a chart. Jupiter, the winning planet, has been in Gemini since June 11 2012 and it was Jupiter conjunct Roger Federer’s Midheaven on the day of last year’s Wimbledon final that was the basis of my prediction for his epic win.

Jupiter is now coming to the end of it’s yearly journey through the sign of Gemini and on June 26 2013 it enters the sign of Cancer, two days after this year’s Wimbledon tournament begins. Will this mean a sea-change for the men at the top or will they continue to dominate? I shall be posting more on the astrology for the Wimbledon final this week or next.

Andy Murray was especially unlucky to be injured before this year’s French Open as astrologically his Mars, the action planet, is at 26 Gemini 22 in his 10th house of success, at almost the exact same place in the heavens as Nadal’s Mercury in Gemini. If he’d been fit, he would have been a strong contender for the title.

Nadal, Murray and a Lunar Eclipse

What’s interesting in Murray’s chart is the fact that on May 25 2013 there was a lunar eclipse at 4 Sagittarius 08. Like Nadal, Murray also has his Mercury in Gemini but at the earlier degree of 3 Gemini 49 conjunct his Gemini Midheaven The lunar or Full Moon eclipse that dominated the skies the weekend before the start of the French Open fell on Murray’s Mercury.

Eclipses often signal a triangle situation where one person wins and another person loses and it put Murray out of the competition. What was particularly interesting for me was the fact that this eclipse also connected with Nadal’s chart as he has Saturn in the 1st house at 5 Sagittarius 55, close to the eclipse degree.

I was worried that Nadal’s knee injury (Saturn rules bones & joints) would flare up again during the French Open and deprive him of Jupiter’s prize when it applied to the conjunction with his Mercury on the day of the final. On this occasion, Nadal won and Murray was knocked out before the event started.

Wimbledon starts two weeks today and no doubt the same top four will be vying for the esteemed trophy although you can’t count out the Sun Aries fighters of the tennis world, David Ferrer and Jo-Wilfried Tsonga, both of whom played well at the French Open. I will be looking at their charts as well for their Wimbledon chances, but I don’t have a birth time for David Ferrer. (If any of you do know his time of birth, I’d be grateful if you’d let me know).

Below is the chart for the French Open final 2013 and below that the birth data for the big four. Here’s to a brilliant Wimbledon tournament 2013.