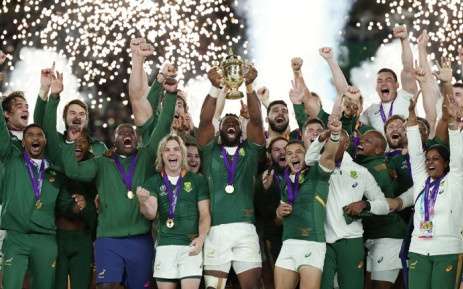 I happened to be on holiday in South Africa during the recent Rugby World Cup final which was a real treat. I wasn’t invested hugely in England winning and was quite happy that South Africa won. Siya Kolisi made history after becoming the the country’s first black captain to win the Rugby World Cup. The general consensus in South Africa was that a win would help unite their country.

A couple of days before the final, a good friend of mine in South Africa asked me what the stars said about the final. He then went on to tell me that South Africa had won twice previously in 1995 and 2007.

Immediately, I replied that was meaningful for South Africa and auspicious that their wins were in 12 year cycles, including 2019. For those of you who know your astrology, 12 years is a Jupiter Return and Jupiter is the planet most closely linked with success.

I then went on to draw up the astrology chart for the final – see below. England were slight favourites, which meant the planet representing them is Mercury retrograde, ruler of the Gemini Ascendant – not a great symbol for a win.

Also, I had a quick look at the astrology charts for Eddie Jones, the England coach (b. January 30, 1960) and Rassie Erasmus, the South Africa coach (b. October 5, 1972). I didn’t have the time of birth for either coach but it didn’t matter as I was interested in their major transits.

Ironically, Eddie Jones is currently having his personal Jupiter Return, exact on November 8th. No doubt, somewhere in his life, things are going well. Yet, Rassie Erasmus was blessed by Jupiter too. On November 2nd, the day of the final, Jupiter was exactly sextile his natal Mercury. A third testimony to a South Africa win.

Siya Kolisi, the South Africa captain (b. June 16, 1991) also had a major Jupiter transit on the day of the final, an exact opposition from Jupiter to his natal Mercury at 23 degrees Sagittarius. Jupiter transits can work well even in classically challenging aspects such as an opposition.

Sometimes, you don’t need complex astrology to make a judgement. It was South Africa’s day and Jupiter was on their side. Even the music that was being played as both England and South Africa received their medals and trophy was a nod to Jupiter.

I was surprised hearing the music as it was the tune to ‘I Vow To Thee My Country‘, which I know as a British patriotic poem. It turns out the poem was set to music adapted by Gustav Holst from a section of Jupiter & his suite The Planets. It seems as if Jupiter was keen to make itself known in more ways than one. 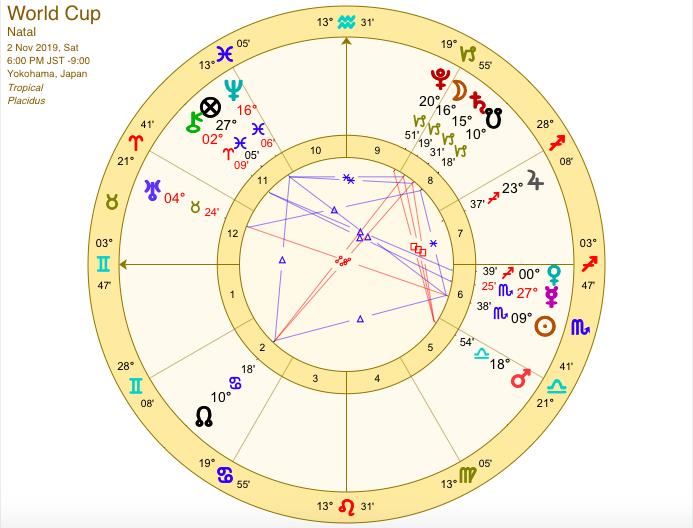