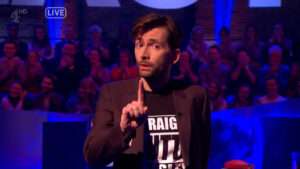 Watching The Last Leg on TV this weekend, the brilliant actor David Tennant closed the show with a speech that was powerful in regard to what’s currently happening in the world and which is mirrored in astrology.

The Last Leg is a pleasing mix of comedy & current affairs. A viewer had tweeted in asking David to reassure us in his Scottish lilting voice that everything was going to be alright.

He began: “It’s all going to be okay. Trust me, I’m a doctor.” (Most people in the UK will know that David Tennant took on the iconic role of Doctor Who, a popular TV series).  He continued:

“But it’s up to us to make it OK. It’s time to be positively rebellious and rebelliously positive. As long as we stand up for what we believe in, don’t give in to anger or violence, look out for the little guy, keep an eye on the big guys, refuse to keep our mouths shut, and just generally try not to be dicks, every little thing is gonna be alright”.

This is a brilliant speech and worth remembering. It was spoken on the eve of action planet Mars’ move into Aries on January 28th 2017. Mars is the warrior, the gladiator strong in Aries. Mars will be joined this week by Venus, ruler of women, which moves into Aries on February 3rd 2017. Aries remains a strong sign until early June thanks to Venus’ retrograde phase in the first sign of the zodiac and Aries is the sign linked to protest.

In addition, Uranus, the planet of rebellion, is in Aries throughout 2017 and caught up in the major Jupiter Libra – Uranus Aries – Pluto Capricorn T-square that dominates until September. This is a year when division, polarity, contrasting beliefs, opposing truths are being highlighted in our world.

David Tennant is a Sun Aries (b. April 18 1971) and his speech reminds us how to be Aries at its best. Go into battle, yes, but do it without giving in to anger or violence.

David’s not the only Sun Aries to have spoken out this weekend. Here’s double Olympic champion, Mo Farah (b. March 23 1983):

“On 1st January this year, Her Majesty The Queen made me a Knight of the Realm. On 27th January 2017, President Donald Trump seems to have made me an alien.

I am a British citizen who has lived in America for the past six years – working hard, contributing to society, paying my taxes and bringing up our four children in the place they now call home. Now, me and many others like me are being told that we may not be welcome. It’s deeply troubling that I will have to tell my children that Daddy might not be able to come home – to explain why the President has introduced a policy that comes from a place of ignorance and prejudice.

I was welcomed into Britain from Somalia at eight years old and given the chance to succeed and realise my dreams. I have been proud to represent my country, win medals for the British people and receive the greatest honour of a knighthood. My story is an example of what can happen when you follow polices of compassion and understanding, not hate and isolation.”

Some more ‘good & bad’ examples of how to be Aries: 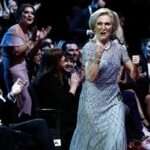 At age 81, there’s no stopping national treasure Mary Berry who was true to her principles and refused to follow the money when Great British Bake Off moved from BBC to Channel 4. Born with Uranus in Aries, she fist-pumped with delight when she won the award for Best Judge at last week’s National TV Awards. 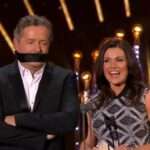 Piers has bragged about his friendship with Donald Trump. However his recent comments about the women’s marches were the reason that actor Ewan McGregor refused to appear on Good Morning Britain. Piers’ co-presenter of the show, Susanna Reid, gagged him as they came on as presenters at last week’s National TV award. 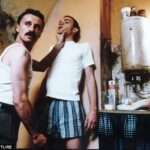 The sequel to the ionic movie Transpotting premiered this weekend.

Let’s all be Aries at its best over the next few months: “positively rebellious and rebelliously positive”.

Here’s the clip of David Tennant’s motivated speech on The Last Leg: