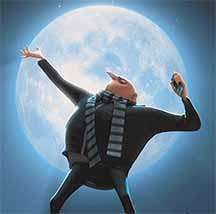 Despicable Me – Gru plots to steal the moon

This week we have a New Moon which in itself is a powerful symbol for a new beginning and making a fresh start. It’s exact on Thursday January 30th 2014 at 21:38 GMT. This New Moon falls in the sign of Aquarius, the sign that rules friends, groups and the collective. This is a networking and sociable New Moon in the sign linked to technology, astrology and all things genius.

It has extra buzz because the Sun and Moon at 10 Aquarius 55 are in a close sextile (i.e. harmonious) aspect to Uranus at 9 Aries 24. Uranus is co-ruler of the sign of Aquarius and this is the rebel planet, the innovator, the square peg in the round hole. If ever there was a time to stand out from the crowd and do something different, something awesome, this is it. Listen out for those ‘light bulb’ moments.

However, it’s not just the New Moon that’s brewing this week as there’s a powerful Jupiter-Pluto opposition in the heavens on the last day of January. These two mighty planets don’t connect that often as they’re slow-moving, especially Pluto. When they do, they’re a powerful duo and I can’t help thinking of this opposition without also thinking of a rocket waiting to be fired.

Jupiter is the biggest planet in the heavens and there’s an expansive, far-reaching quality to Jupiter. Jupiter wants to see the world and save the world and has a big mission in life and in Roman mythology Jupiter was a sky God. Pluto’s domain lies under the earth and is the planet of digging deep and seeking out buried treasure. Pluto was God of the Underworld and remained hidden for most of the time.

Together when you see these two planets in a birth chart, there’s often a theme of power, wealth or the flip side, corruption and as an aspect, they bring great glory, great insight or great downfall. It’s an either-or dynamic but what takes place is often momentous and a significant turning point. This opposition is especially powerful for you if you have planets at 12 Cancer (Jupiter) or 12 Capricorn (Pluto).

Jupiter, the planet of opportunity, is the stronger of the two as it’s said to be exalted, i.e. comfortable in the sign of Cancer, a protective and caring influence. However, you can’t disregard Pluto which brings about change but prefers you to start from a blank slate, hence it’s nickname the ‘wipe out’ planet. This opposition can be a ruthless combination but it’s also about deep faith and a belief that you can turn your life around.

Seek out the hidden riches in your own life whether they’re found deep in your subconscious, in decluttering, detoxing or any other process that’s about letting go. This is the compost from which new life can and will grow.

This powerful end to the first month of the year is completed by Venus, the Goddess of love, turning direct in the heavens on the same day as the Jupiter-Pluto opposition (January 31 2014) and she is very close to Pluto in the heavens as she turns direct at 13 Capricorn. After six sleepy weeks (Venus turned retrograde on December 21 2013), Venus is ready to open her eyes and declare her intentions.

For some, this will be about moving on and embracing freedom (Jupiter’s realm), for others it will be about powerful partnerships: a soul-mate connection or being around people who advocate tough love. They want you to be the best you can be and they’re willing to set off a rocket so you leap into action. 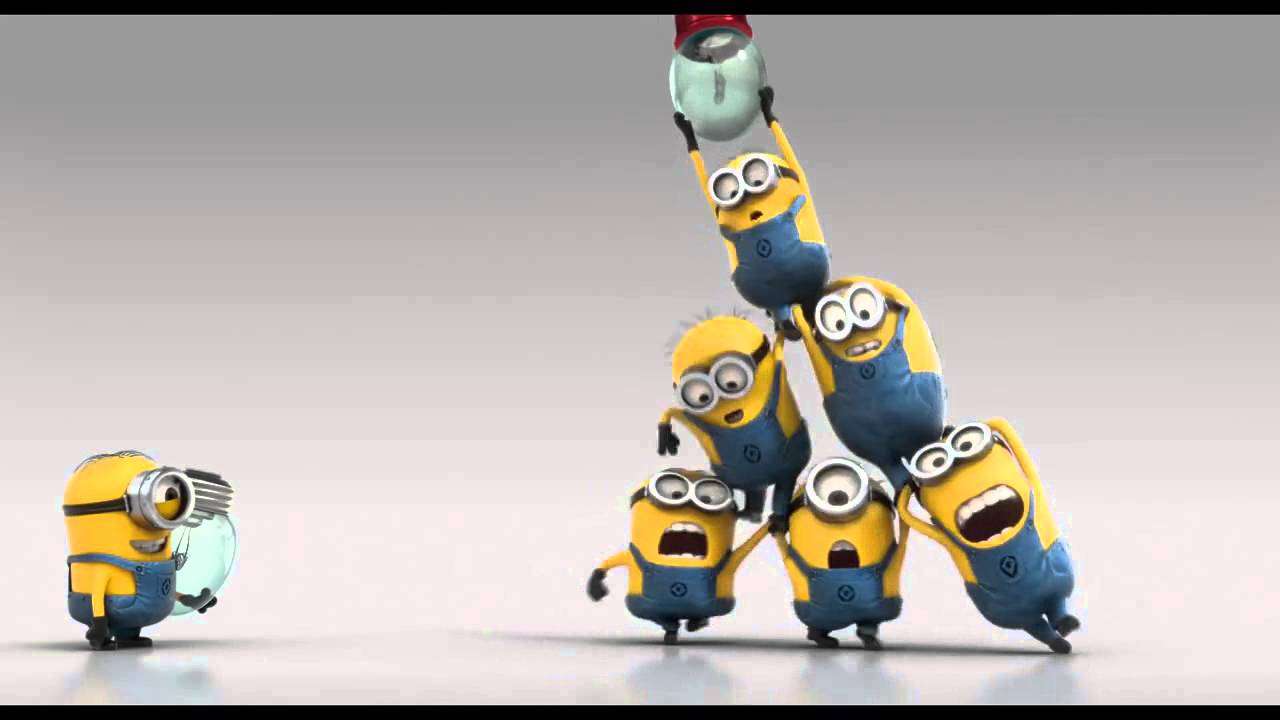 Despicable Me – Minions Changing A Lightbulb

I couldn’t help thinking about this week’s astrology without also remembering the brilliant Despicable Me movies. The main character Gru has more than one ‘light bulb’ moment as he plots and schemes on his huge mission to steal the moon in a rocket (Jupiter/Pluto) and the minions are the most adorable “Aquarian” group of characters, highly individual and eccentric and yet willing to work together for the greater good. I predict they’ll be starring in their own movie sometime soon.

If you’re ready to turbo-charge your life, here’s your chance but know that this is a powerful energy and once you set off on your new mission, you’re committed and there’s no going back. Be aware that other people will also be launching their rockets which may collide with your own and whoever proves to be the most powerful will win. Some people may even be willing to go to extraordinary lengths to achieve their goals as if they’re in a race to be first on the moon. Are you ready for action?