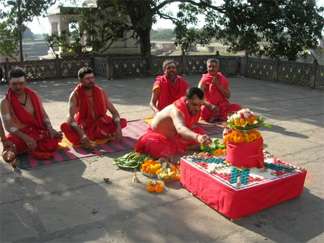 Some of you will already know that there are different types of astrology and many different schools within those types. Western astrology covers a broad spectrum but another popular astrology is Vedic astrology, also known as Jyotish or Indian astrology.

These two main astrology types, Western and Vedic, contain many similarities but a couple of significant differences and this is where it gets interesting.

I first had my Vedic astrology chart read in February 2009 when I was attending a meditation retreat in India. One thing that struck me at the time was how our different cultures play such a big part in our response to astrology and divination.

In the West, it is by blending a mix of fate and free will that we can sift through the opportunities available to us and use the knowledge of timing in astrology in order to ‘decide the best course of action to take‘. This saying stays with me whenever I’m undertaking a personal astrology consultation. Another favourite phrase of mine stems from the Company of Astrologers with whom I trained 20 years ago, ‘Destiny is negotiable‘. Astrology is an interaction, a two-way consultation that allows movement and progress.

For many people born in India there are fewer opportunities especially when you’re born into a caste system that has rigid rules and very often fate plays a much bigger part in your life than free will. There isn’t the same sense of movement or possibility and a vedic astrologer’s predictions are often stated in black and white, with no shades of grey. A good vedic or jyotish astrologer, however, will assign you practical tasks such as wearing a specific gem stone or assigning you a particular chant to increase your good fortune.

The one big difference that I noticed in Vedic astrology and which I found incredibly insightful involves the ‘dashas’ or planetary periods. These periods of time last for years and during each dasha, one planet is allocated ruler of that specific chapter in your life. So, for example, I was born into a Mars dasha, which fits me perfectly as both my Sun sign, Scorpio, and my Ascendant, Aries, are Mars-ruled signs. Here you can see that there’s a correlation between the different astrological systems.

The basic symbolism of Jupiter and Saturn:

Jupiter is the Greater Benefic in astrology, i.e. the Yes planet. It’s thought of as a lucky planet bringing new opportunities and good fortune your way. Jupiter is an expansive influence and rules travel and learning. This is the planet that rules hedonism, always on the go, ready to seek out new experiences and party. It’s also the planet associated with freedom

Saturn is the Greater Malefic in astrology, i.e. it’s the No planet. It’s a restrictive influence putting obstacles in your path and reminding you of your limitations. Saturn is a solid principle, it’s the ‘get real’ planet urging you to work hard, put down strong foundations in life and work towards long-term goals. It’s also the planet associated with death.

For most of my Jupiter dasha (1983-199), it felt as if I didn’t have a care in the world. I travelled a lot and lived in Germany, Greece and Corsica. I worked as a travel rep for much of that time and my philosophy on life was to keep moving, work only when I needed the money and indulge my inner free spirit. I rented accommodation for most of those years, my work was mainly temporary contracts, I changed boyfriends whenever I changed countries and was always on the look out for the next party, the next good time. I became very involved in personal development and loved finding out more about how to lead a happy life. It was a positive and uplifting period in my life.

Things started to shift for me in 1997 when I was in my mid 30’s. I began to realise that I wanted to put down roots and become a mother. In the space of two years, I bought my first property, my father died and I met my current partner. This next big chapter in my life has been all about responsibility, becoming a parent, having to earn money to pay the mortgage and care for our child. I’ve learnt zillions of lessons about commitment, it’s been a much slower pace of life and since 1997, I’ve only moved house once and haven’t lived abroad.

At times there’s been fear around money and since 1999, the start of my Saturn dasha (1999-2018), I’ve also grieved the death of my mother and my brother. Up until 1997, I’d never lost anyone close to me and this up-close-and-personal experience of death has been immensely powerful. During the last few years I’ve also started to follow a more spiritual path and meditate daily, another characteristic fitting the Saturn dasha, the planet of solitude.

The evident symbolism of these two major time periods in my life couldn’t be more obvious and I really was blown away with the predominant themes that are beautifully described by the Jupiter dasha and the subsequent Saturn dasha.

So what next… well, I feel as if I’m already working towards the next major chapter in my Vedic astrology chart. It may be a few years away yet but from November 2018-November 2035 (eek!), I’ll be experiencing my Mercury dasha, which seems a perfect fit for the writer and astrologer that I’m growing into. It’s been a really helpful experience for me knowing more about these major chapters in my life that I have only discovered since finding out more about vedic astrology.

Which Vedic/Jyotish astrologer do you recommend?

If you would like to find out about your own Vedic/Jyotish astrology chart, I can highly recommend Adam Smith, who is contactable via his website www.astrovedas.com. There you will find more information about Jyotish astrology and there’s a great interview on the home page with Adam talking about his new love for this fascinating line of astrology.