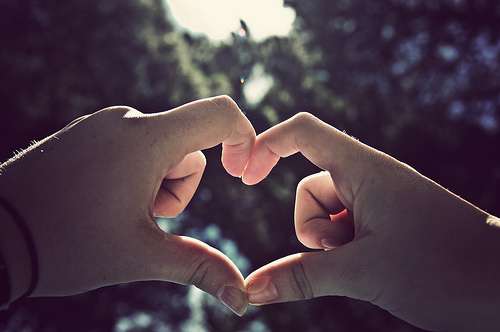 The Sun entered Libra this year on September 22nd 2013 where it remains until October 23rd 2013 when it moves into Scorpio but this Libra season feels especially powerful.

The New Moon in Libra on October 5th 2013 clashed with the ongoing Uranus-Pluto square in the heavens and this week on October 18th 2013 there’s the first of a cycle of eclipses cutting across the Aries/Libra axis which will continue until 2016.

If you know your astrology and like to look at ahead you may already be aware that on December 7th 2013 Mars, the planet of action, enters Libra where it remains until July 2014, a longer period than usual as Mars turns retrograde in the sign of the Scales. In addition, the karmic north node leaves Scorpio in February 2014 whereupon it enters Libra for a two year stint. The sign of Libra is trending.

This month’s astrology feels like the start of what could be a complex but potentially life-changing period for many Librans as the heat is on. Unsurprisingly, there’s been no shortage of famous Librans in the news and relationships and babies are the dominant themes. For some Librans, relationships have already become more than a little complicated.

X Factor is currently back on UK TV and it’s a show that’s featured more than one Libran on the judging panel. Sharon Osbourne (b. October 9 1952) and Danni Minogue (b. October 20 1972) vied for the best seat next to Simon Cowell (b. October 7 1959) back in 2007 but Mrs O’s new book Unbreakable which was serialised in the Sun last month reminded us of their difficult working relationship.

It can’t have helped that Danni reportedly had a fling with Simon and if we’re looking for an example of a complicated Libran relationship story, here’s our man. Libra is the sign of relationships and there’s always a fascination with the ‘other’, whether a Libran’s in love, out of love, married, divorced or single.

Simon’s gone one better as he surrounds himself with his ‘harem’ and appears to be on very good terms with all his exes. He’s about to become a father with Lauren Silverman who we didn’t know was his girlfriend and was the wife of one of Simon’s best friends. Add to the mix the fact that Sinitta, Simon’s ex and another Libran (b. October 19 1963) is reportedly unhappy about the pregnancy and who knows what other revelations may emerge over the next few weeks and months. Fireworks? Absolutely.

We’ve also been bombarded with news about the on-off-on relationship between Michael Douglas and Catherine Zeta Jones, double Librans who share the same birthday of September 25th, although there’s 25 years difference between them, Michael being born in 1944 and Catherine in 1969.

The baby boom is booming in Libra world too with Alesha Dixon (b. October 7 1978), ex Strictly Come Dancing judge, having recently given birth, Gwen Stefani (b. October 3 1969) expecting her third child with husband Gavin Rossdale and Kate Winslet (b. October 5 1975) due to give birth later this year. Kate has two children by two different fathers and her third is with her new husband Ned Rock’n’Roll whose ex Eliza Pearson is coincidentally also pregnant (although not by Ned) with a similar due date to Kate.

Declan Donnelly (b. September 25 1975), best known as one half of Ant and Dec, has reportedly been dating his manager Ali Astall in secret for months and finally there are even rumours doing the rounds that the Duchess of York, Sarah Ferguson (b. October 15 1959) may be set to remarry Prince Andrew.

Libra is the sign that’s trending and there’ll no doubt be more romantic revelations as the heat’s turned up in the sign of relationships.

Afternote (added 21st October 2013) In the news this week is another Libran as Kim Kardashian (b. October 21 1980) received a dazzling diamond ring today and announced her engagement to Kanye West. It’s love, love, love all the way for this lucky Libran!