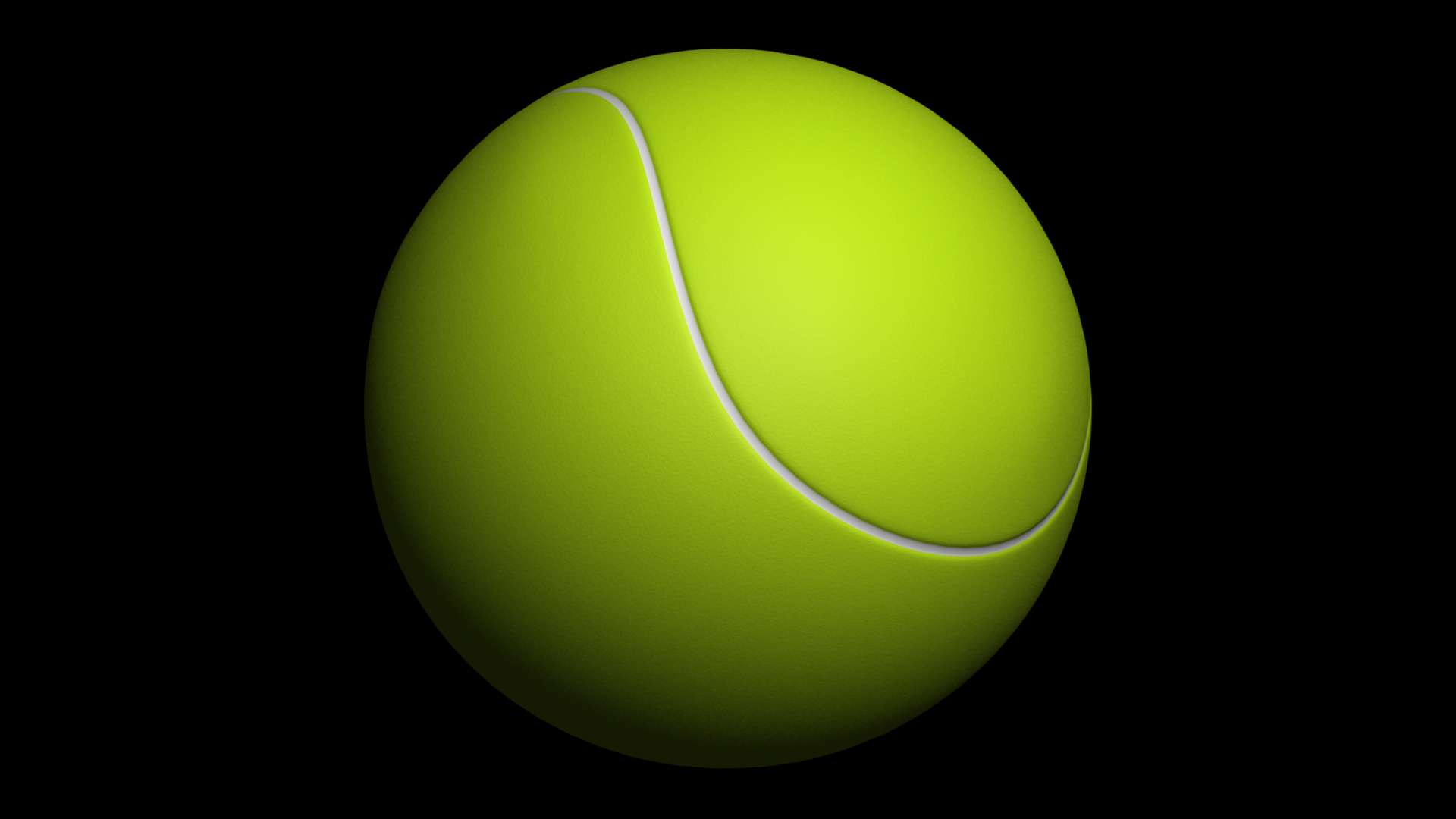 Rafael Nadal won the US Tennis Open 2013 as predicted. Yeah!

I think the ‘outsider’ (see below) also showed in the chart for the start of the competition as Wawrinka the no. 9 seed knocked out the reigning champion, Andy Murray, in the quarter finals. He also nearly knocked out Djokovic in the semis with the match going to 5 sets. Chuffed with my predictions!]

I have formed quite a following with my astrological predictions for the tennis Grand Slams and next week sees the start of the US tennis Open in Flushing Meadows, New York, won last year 2012 by Andy Murray.

So can Andy make it second time lucky off the back of his epic Wimbledon win? Will Roger Federer come back from his recent drop in form? Can Rafael Nadal continue to prove he’s virtually super-human in one of the most bionic comebacks of all time? And what about Djokovic? Does he have the fight to add to his Grand Slam total this time around? Or will there be a new boy on the block? Here’s the astrological skinny on the coming fortnight.

Jupiter on the move

Jupiter, the success planet, spends roughly one year in each sign of the zodiac and it left Gemini at the end of June 2013. Jupiter in Gemini favoured the top four as both Nadal and Djokovic are Sun Geminis and both Murray and Federer have Gemini Midheavens. Jupiter is now in the sign of Cancer where it remains until July 2014. It’s not the only planet to consider when making astrological predictions but it often shows in player’s charts, e.g. Wimbledon 2012 – Federer won with Jupiter conjunct his Midheaven; French Open 2013 – Nadal won with Jupiter conjunct Mercury.

I suspect this change of sign for Jupiter will bring changes in the up-and-coming Grand Slams and make the fortunes of the top four a tad more unpredictable. In addition, the chart for the start of the US Open 2013 (see below) has Venus, the chart ruler, hidden away in the 12th house opposite Uranus, the planet that often favours the outsider as Uranus represents shocks and surprises. Here are the predictions for the top four plus a quick glance at the rest of the pack:

As you will be aware if you follow my tennis blogs, there are two possible birth charts for Djokovic, one has a Leo Ascendant (11:00am), the other has a Capricorn Ascendant (11:25pm) and neither time is confirmed. Djokovic’s nickname is the ‘Djoker’ but as my astrologer friend Joanna Watters pointed out, Djokovic looks a little like a mountain goat, the zodiac symbol for Capricorn, and the Ascendant sign is often how you’re perceived by others. So I’m leaning towards the Capricorn Ascendant chart once again.

Either way, Djokovic’s stars don’t stand out for this year’s US Open. He has the last Saturn transits of his natal Venus Taurus-Pluto Scorpio opposition on 23rd August and 10th September 2013. He did win the Australian Open in January 2013 but otherwise since early 2012 he’s been runner up more times than he’s been able to clinch those elusive Grand Slam titles. Saturn tends to slow you down and halt your progress so hopefully for Djokovic, things will begin to improve once Saturn moves on but perhaps too late for this year’s US Open.

I predicted Djokovic to win Wimbledon 2013 because of a spectacular Jupiter transit to his natal Mars that was almost exact on the day of the final but Andy Murray who’s born just a week earlier than Djokovic pipped him at the post and here’s why.

On the day of the Wimbledon final 2013, Andy Murray was experiencing his Mars return which takes place approximately every two years when Mars returns to the exact place it was when you were born. This was important for two reasons: firstly because Mars is in Murray’s 10th house of success and secondly Mars is the attacking planet and if you’re going to win a Grand Slam title, you need to prove you’re a fighter. Jupiter was also in Murray’s 10th house backing up his Mars return although Jupiter was not conjunct any planet.

This is where things get a little complicated as in my opinion this was not a strong enough testimony for his epic Wimbledon win becoming the first man in over 70 years to win Wimbledon, an iconic British institution. It was another astrologer who pointed out that Jupiter did in fact play a key role but in Murray’s progressed chart.

This technique is popular in astrology as it ”progresses’ the planets and angles of the natal chart as a tool for predicting the future.On the day of the Wimbledon final, Murray’s progressed Midheaven was at 2 Cancer 52 and Jupiter at 2 Cancer 36 was applying to a powerful conjunction with the success point of Murray’s progressed chart. An unusual technique but a brilliant result.

The progressed chart also reveals an interesting picture for the US Open as at the start of the tournament Murray’s progressed Mars is at 13 Cancer 25 and transiting Jupiter is again applying to a key planet being at 13 Cancer 03. Will this be enough to see him retain his title?

Otherwise, there’s not a lot in Murray’s natal chart that shouts winner. Jupiter is hanging on in his 10th house but moving away significantly from the Midheaven and like Djokovic born only one week later Murray has the final transit of Saturn over his natal Pluto on 12th September 2013. Pluto doesn’t dominate in Murray’s chart so it doesn’t seem to have been as limiting, except for the injury which saw him unable to play in the French Open earlier this year. We’ll find out soon enough whether Saturn’s going to trouble him over the coming fortnight.

Yes, Nadal did crash out in the first round of Wimbledon this year and Saturn again played a part as it transited Pluto conjunct his Scorpio Ascendant the day before Wimbledon began, but this year Nadal’s story is truly the story of the comeback kid. Out of tennis with a serious knee injury for a significant amount of time from mid 2012 to March 2013, Nadal has since then won nine titles and risen to no. 2 in the tennis rankings.

Nadal’s astrology looks superb for the US Open with transiting Jupiter at 15 Cancer 28 on the day of the final applying to a conjunction with Nadal’s natal Venus at 15 Cancer 40. He also has a stunning progression this year as Venus, one of the benefic planets, is exactly conjunct his natal Midheaven this month, August 2013. Progressed planets have a slower time-frame than transits and tend to be of benefit six months beforehand and six months after the exact conjunction, which would coincide approximately with his return to tennis in March 2013.

Yes, Nadal has more difficult astrology to come with Saturn’s final transit of his Ascendant on 29th September 2013 followed by an eclipse conjunct his Ascendant on 3rd November 2013 but considering the form he’s in having just won in Cincinnati backed up by some lovely astrology, he’s got to be a hot favourite for the US Open title.

It’s been a tough year for Roger Federer with some shocking defeats and astrologically this shows in his progressed chart. Mercury, the agile planet, rules both his Virgo Ascendant and his Gemini Midheaven and by progression Mercury has been slowly working its way towards an exact conjunction with Federer’s progressed Saturn, exact on 1st November 2013. This feels like everything grinding to a halt and slowing him down. As Mercury is his career planet, this has to be significant.

I have mentioned before in my blog posts that next year looks sensational for Federer when Jupiter in Leo conjuncts both his natal Mercury and Sun in Leo in September 2014. There are some key progressions that back up the theme of success, e.g. Sun progressed conjunct Venus in October 2014 and Jupiter progressed sextile Mercury in March 2014. Whether this corresponds to more Grand Slam titles or a shift of career, we’ll have to wait and see.

What happens may hinge on how Federer performs now and over the next few months. During the US Open, Jupiter, planet of success, is conjunct his natal Mars which falls at 13 Cancer 57, and the transit is exact on 31st August 2013. This has to be helpful as Mars is the attacking planet but whether this can speed things up quick enough for a US Open victory remains to be seen.

I have glanced at the charts for Tsonga, del Potro, Ferrer, Berdych and Gasquet, although I only have birth times for Tsonga and Gasquet, which is frustrating as it leaves huge gaps in what’s going on astrologically. The astrology isn’t amazing for any of them however and perhaps it will be someone outside of the top seeds who will surprise us all.

Astrologer’s Prediction to win the US Open: Rafael Nadal