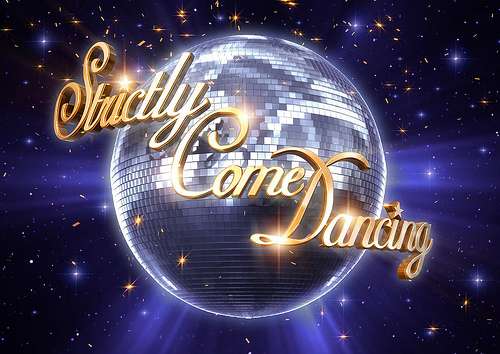 Update: December 22 2013. The final is over and Abbey & Aljaz lifted the coveted Glitter Ball. Yeah, my favourite pair came good on the night although all the finalists danced brilliantly.

Thinking about the astrology, perhaps it was fitting that the Capricorn girl (Abbey) took the trophy on the day of the Winter Solstice when the Sun enters Capricorn not long after her own Venus return. Great result. Well done to the A team!

The Grand Final is almost upon us and we know for sure that one of four female celebrities will be lifting the prestigious Glitterball in the Strictly Come Dancing final this Saturday 21st December 2013.

I usually  have a little flutter on these events but it’s been a busy end of year for me and I haven’t got round to it. Today I decided to draw up the chart of the final to see what it reveals about Saturday night’s final and you can see the astrology chart below.

What immediately stands out is the planet Uranus up at the top of the chart and symbolising a shock result. Mars, the male planet, is tucked away at the bottom of the chart opposing the Uranus effectively pushing Mars (men) out of the picture and this is the first all-female final in 11 series of Strictly.

Venus, the planet representing women, is on the Descendant in the sign of Capricorn and a few hours later will turn retrograde. This too seems to back up Uranus on the MC, i.e. there’s going to be a twist in fate and the winner won’t be the favourite, but does this mean the favourite with the bookies or the best dancer? Let’s take a look at the final four:

Natalie’s a red hot Aries and dancing with one of the top male dancers, Artem (Gemini), she has been one of the forerunners in the show since the beginning. She does have previous dance training however and the public don’t always warm to the contestant who starts off top of the pack especially when they’re already a pretty darned good dancer. This was confirmed in the shock semi-final result when Natalie and Artem shared top spot on the leaderboard and yet still ended up in the bottom two. Nothing stands out astrologically in either Natalie or Artem’s charts to suggest that the semi-final result will be reversed and swing in their favour.

I was surpised to find that Sophie’s an Aries as she doesn’t come across as a flashy fire sign. Looking at her chart she has a host of planets in the more introverted water and earth signs which seems to fit her personality. Partnered with the ever-present Brendan (Taurus) who’s been in the show since Series 1, her tall figure and long limbs accentuate her graceful side although there are moments when she can appear gawky. Sophie’s never been in the bottom two throughout the show and a quick glance at Brendan’s chart shows he has Jupiter, the planet of success, conjunct his Mars on the day of the final. Is this them lifting the Glitter Ball or will he simply be delighted to have a partner who’s made the final?

Abbey is the model married to footballer Peter Crouch who won the jackpot in this year’s choice of dance partners when she bagged the very attractive new dancer Aljaz. He was born in 1990 but I can’t find his date of birth so I don’t know what star sign he is. They complement each other well so I wouldn’t be surprised if he was one of the earth signs (Taurus, Virgo or Capricorn). Abbey is a Capricorn and with a stellium of planets (i.e. five planets) in the understated sign of Capricorn, she may be beautiful but she’s not a natural infront of the camera. She seems so self-conscious, bless her, although over the weeks she is improving but I think her nerves still play a big factor. Her dancing has improved tremendously however and she’s a natural dancer who’s lovely to watch.

Abbey has Venus in Capricorn in her birth chart but at an earlier degree than Venus in the chart of the Strictly Final. What’s interesting is that her Venus return (i.e. when Venus returns to the exact place in the zodiac where it is in your birth chart) was on November 25th 2013 and the following Saturday in Week 9 she topped the leaderboard and she was the first celebrity to win a perfect score of 40 for their sensational Saturday Night Fever salsa routine. It was the turn-around moment for the couple and she’s been getting better and better ever since.

Susanna’s been perhaps the biggest surprise on Strictly, a newsreader who’s thrown herself into the Strictly experience with great gusto and it’s not surprising to find out that she’s a Sun Sagittarius. Sagittarians are the Tiggers of the zodiac who bounce around with great enthusiasm and energy although not always with the best technique.  She’s partnered with the adorable lad from Grimsby, Kevin (Libra), who’s another of this year’s new male dancers. They’ve been a huge hit with the public as they haven’t once been in the bottom two and they’ve been pushing better dancers out of the running.

Their appeal is self-evident as they’re such a fun couple and Susanna is the plucky underdog who tries really hard and throws everything at each dance routine. Her stars are absolutely amazing this year too and for those of you who know astrology she has three key progressions all contacting the planet that rules glamour and the media, Neptune. The progressed Sun is sextile Neptune, the progressed Moon was conjunct Neptune in October and most impressively progressed Jupiter is also conjunct Neptune, an amazing once-in-a-lifetime event.The media are already saying that there’s going to be a bidding war from the TV companies who want her fronting their show. Win or lose Strictly, she’s won the hearts of the nation and her career has rocketed as a result.

Who do I think will win Strictly? Susanna & Kevin

Who would I like to win Strictly? Abbey & Aljaz

Enjoy the final on Saturday and personally I can’t wait for those show dances. Bring it on!