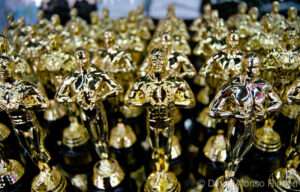 I love the Oscars but rarely stay up to watch them on TV. It’s a big ask to be up all night on a Sunday. The last time I did was 2002 when Jim Broadbent was nominated for Best Supporting Actor for his role in the movie Iris.

He wasn’t the favourite but won and I was delighted. I met him some years previously when he was a member of The National Theatre of Brent and before he became one of the UK’s best-loved actors. I was at university with his nephew, hence the connection.

Can astrology predict who will win at the Oscars? Here’s a quick look at what the Stars up above have to say about the Stars on the red carpet. I have listed the five nominees in each category in betting order, i.e. the current favourite to win an Academy Award at the top of the list. I only have birth times for some of the actors so my predictions are a mix of Sun signs and additional astrological factors.

The stars say that it’s Taurus’ year. In mythology, Jupiter was King of the Gods, and Jupiter’s in Taurus until 11th June 2012. The money’s on Gemini Jean Dujardin to win but let’s see if Jupiter can propel Taurus George Clooney to his second Academy Award. Aries Gary Oldman has Uranus, planet of surprises, close to his 10th house Sun (10th house rules fame and glory), so could be the surprise contender. Astrologer says: George Clooney

Rooney Mara (The Girl With The Dragon Tattoo) – Aries

Leo Viola Davis is the favourite to win but Cancer Meryl Streep is the one to watch. Natally she has Jupiter on the Descendant, her relationship point, which is her chameleon-like ability to transform in to the characters she portrays so brilliantly. Her Moon in Taurus in the 10th house suggests it’s her year. Don’t count out Aries Rooney Mara, who has four planets in Aries and Uranus could spring yet another surprise. Astrologer says: Meryl Streep

This category is the battle of the oldies as Sagittarius Christopher Plummer and Aries Max Von Sydow were born in 1929 and both men are approaching their Uranus return, an 84 year cycle. Uranus is a livewire energy and this feels like the comeback kid. Christoper Plummer has the Moon in Taurus and Max von Sydow has Venus and Jupiter in Taurus so astrologically both are contenders for the Oscar. Aquarius Nick Nolte also has the Ascendant, Jupiter and Saturn in Taurus so this is a tough one to call. Astrologer says: Christopher Plummer

Gemini Octavia Spencer is the favourite to win but Janet McTeer could come up trumps as her Sun is in Taurus. Cancer Berenice Bejo will be 36 this year and is celebrating her Jupiter Return, a 12 year cycle, which often brings rewards and good times. Astrologer says: Berenice Bejo

I don’t have Aries Michel Hazavanicius’ time of birth but he was born on a Sun-Saturn conjunction which suggests a hard worker and with Uranus exactly on his Saturn, I’m going to go with the favourite as I feel this represents a major accomplishment for him. Astrologer says: Michel Hazavanicius

The Artist – Winner – is hotly tipped as the favourite to win the accolade of Best Film this year. Recently, Neptune, planet of illusion, came home to its sign of Pisces, exact on 3rd February 2012. Neptune was discovered during an era of major development in photography and film and Neptune in Pisces symbolises all things creative and artistic. A black and white film that transports us back to the days of silent film, The Artist is in totally in tune with the current Zeitgeist. Astrologer says: The Artist

I’ll be waiting excitedly to see whether my astrological predictions come true. What are your personal opinions about the Oscars and which films and actors do you think will be this year’s big winners?