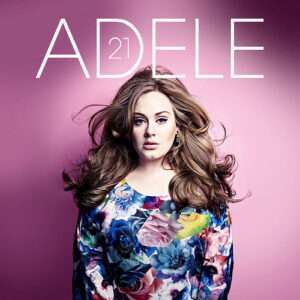 Adele shocked her fans earlier this year when she said she was going to take a five year break from her music. The reason why? Allegedly her new boyfriend, Simon Konecki, and a desire to focus on her relationship.

Adele’s enjoyed global success over the last couple of years thanks mainly to her sensational album “21” that’s broken numerous world records and helped her become artist of the year 2011. The album’s success is partly down to the fact that it was inspired by a failed relationship, something we can all relate to, and the emotion behind the lyrics and the music is genuine and evoking.

In the interview where she stated she wanted to “f… off for four or five years”, she added, “if I am constantly working, my relationships fail” and what would she do with her free time? “Get married. Have some kids. Plant a nice vegetable patch”. Now this may have been said tongue in cheek and she has since written on her blog that she’s more likely to have 5 days off than 5 years, but at some level these matters are obviously important to her. 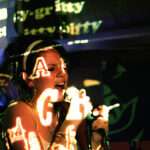 As they were to another Taurean singer, Lily Allen. Adele’s birthdate is May 5 1988 and she turns 24 this year; Lily Allen’s birthdate is May 2 1985 and she was at a similar age to Adele when, in 2010, she declared she wanted to give up music for 5 years to “lead a normal life”. Lily has since got married to Sam Cooper, a painter and decorator, and their baby daughter, Ethel Mary, was born in November 2011.

So what is it with these successful Taureans and their desire to settle down, have babies and plant a nice vegetable patch? Taurus is ruled by the planet Venus, and there is an ultra feminine side to this sign. Venus represents love, sensuality, comfort and nature. Taurus is one of the earth signs and some Taureans display classic earth mother qualities, loving food and cooking, enjoying being in love and finding fulfilment in raising a happy, healthy family.

In addition, Taurus is the ultimate symbol of stability and security and being one of the fixed signs, Taureans can be resistant to change. Money’s important but for what it provides and the financial security it offers rather than glorifying money as a symbol of status and wealth. So maybe at heart Adele is an everyday girl who treasures love and family and believes it’s leading a normal life that will bring her satisfaction.