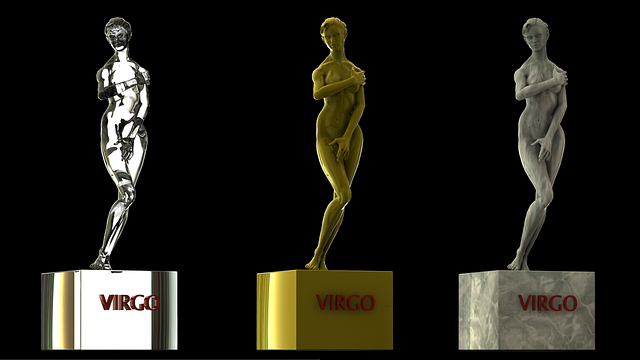 The pressure’s building as September begins bringing with it a sense of urgency about what next. Your ruling planet Mercury is in the thick of the action as it teams up with assertive Mars on the 3rd. This is important because these two planets meet at the eclipse degree, 28 Leo, the same degree as the Solar Eclipse on August 21st.

So this acts as a trigger, maybe bringing a desire to say or do something that began a couple of weeks ago. Or perhaps wanting to make sense of recent events.

Certainly there’s a theme of bringing what’s hidden to light, maybe unspoken feelings that are beginning to surface or personal insights that pop up fast and furious. Leo is the sign before your sign of Virgo and it relates to what’s inner, your subconscious rather than what’s happening out in the world.

Trust your intuition as September begins. Where do you want to act spontaneously? What’s bubbling away ready to be awakened? This is important astrology because it takes place a couple of days before Mercury turns direct on the 5th and this is often when you can push through whatever is important to you.

You might be taking a break from a situation or be ready to leave something or someone behind. Leo is effectively the last sign before you can focus on you again, your sign of Virgo. So what are you releasing, what needs to be let go of?

Venus is also in Leo and remains here until the 20th so this feels soft and gentle. If you’ve been giving yourself a hard time recently, it’s time to stop. Venus wants to stroke you, to pamper you, to make everything ok. So give in to Venus’ seductive powers and prioritise self-care and being nice to you.

You might be dealing with unrequited feelings with Venus in your secrets sector. You might be trying to make sense of your personal emotions and the period from the 13th to the 18th is strong in this respect.

Venus makes only positive planetary aspects during this phase so be with the one you love, reach out to others. You might feel a strong urge to care for someone close, to look after family, to help someone out financially or emotionally. Go wherever your heart leads.

This could turn out to be a big month for money matters thanks to a major opposition on the 28th between Jupiter in Libra and Uranus in Aries. This is the third and final clash between these two major planets which represent freedom.

They first came together over Christmas 2016, they clashed again in early March 2017 and this is their final encounter. They oppose one another across the financial sectors of your chart so there may be a chance to release a debt once and for all, to take a big risk or leap of faith that can help you out financially.

Look out for any new opportunities that come in towards the end of September. You may have to step out of your comfort zone now but trust that whatever happens is meant to be. Don’t be held back by money or fear. Travel, ride high, reach out; whatever you need to do that’s the opposite of feeling scared or stuck.

This is also a big month for you because your sign of Virgo is so strong. When planets are in your sign, the focus is on your image and profile, your personal goals and aims. It’s time to focus on you 100% and put yourself first.

If you’re a typical Virgo, you want to be there for others, to look after other people and sometimes in the process you drop yourself out. This is not the time to do so but instead do whatever it takes to boost your self-esteem, to increase your self-belief.

The Sun is in Virgo until the 22nd and your ruling planet Mercury returns to Virgo on the 10th. This is Mercury back up to speed and keen to crack on with new goals and plans. In addition, you have action planet Mars in Virgo from the 5th, the same day as your ruler Mercury turns direct.

Look out for a run of green lights, tackle life head on, make those bold moves and any decisions you’ve been delaying or avoiding. The stand out date is the 20th, the day of a New Moon in Virgo.

This is always a positive time to set your intentions not only for the month but the year ahead as well. In addition, at this New Moon, all five of the personal planets are in your sign of Virgo, the Sun, the Moon, Mercury, Venus and Mars. You’re in the limelight so make sure you’re seen.

Venus enters Virgo on the 20th, the day of the New Moon and this spells good news for love and money. Focus on living well and creating a peaceful and harmonious environment. In addition, let love develop the way you choose and take charge of a relationship.

Neptune is strong this month in your opposite sign of Pisces so this can be a romantic time for you.

The Full Moon on the 6th is especially romantic and if you’re in love or falling in love, then it may be an experience of losing yourself in love. If however a relationship is ending, you’ll know when it’s time to let go if you feel disillusioned or not valued highly.

It’s an intriguing and bewitching month ahead but even when you lose your way, the planets are calling you back to yourself. If ever there was a month to do life your way, it’s September.