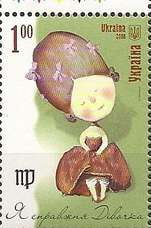 As the month begins, you may still be feeling the effects of the powerful Full Moon in Pisces which took place on 31st August. This was a magical Blue Moon that cut across the Virgo/Pisces axis, heightening emotions and spotlighting your close intimate relationships. For some, it will have been a defining moment for a one-to-one relationship, for others a confusing time.

Pisces is ruled by the planet Neptune, boundless God of the sea, and as September begins, Mercury, your planet, is also opposed by Neptune. Neptune urges you to let go and follow your feelings and your heart whereas the Sun and Mercury in your sign of Virgo say ‘hold on a minute’ and demand answers and reassurance. The best advice is to go with the flow and let go of the small issues in a relationship or marriage. You can’t see your situation clearly when Neptune’s involved but as the month continues your path forward will become clearer.

With both Mercury and the Sun in your sign until the 16th and 22nd respectively, this is also about ensuring your own needs are met. This you can do as September progresses and the 10th and 16th are brilliant days to ask for what you want and initiate a conversation. Do balance any negative feedback or criticism with positive affirmation and reassurance for best results. Neptune rules both romance and illusion so feel your way through the complex web of love and relationships and when the fog clears, assess your own situation as only you a Virgo can, by looking at the facts and being honest.

Long-term relationships or a marriage also benefit when you begin to focus on your own life and your dreams and vocation. Being happier in yourself strengthens any love tie. September can and will bring success your way for a couple of reasons. Firstly, the focus is on you as it’s your birthday month so it’s time to pay attention to your personal goals and ambitions. Secondly, there’s an invisible shift in the heavens that takes place on the 2nd. This involves the Moon’s nodes which are karmic points in your chart that follow the pathway of the Moon.

For the last 18 months, the south node has been in Gemini and your career sector. The south node is your comfort zone but it’s often where you’re stuck. As you know if you’re a regular reader of your stars, Jupiter, the planet of opportunity, entered Gemini early June where it remains until June 2013. This brings promise to your career and the bigger picture in life and now the nodes have shifted, you may find a sense of release and feel that finally the brakes are off.

The weekend of the 7th-9th may be over-exciting or even overwhelming with work as Jupiter clashes with the Sun/Mercury in Virgo but as the month continues you grow in stature and step in to a new position or new work role. Trust yourself on the 21st and go for it on the 26th when your planet Mercury teams up with Jupiter and you can fly high. Mercury, your planet, also enters Libra and your cash sector on the 16th so this is a good time to improve your financial situation and look at ways of earning more money.

It’s important to focus on your own finances, however, as money you share with other people isn’t necessarily secure. This is because of the second Uranus/Pluto square which happens on the 19th. Think back to the end of June when the first square took place and what happened then. Uranus is in Aries and the sign that rules joint finances in your chart, in other words any money that’s tied up with another person or in any kind of financial institution, so mortgages, insurances, debts and investments.

Uranus and Pluto together bring about change and the unexpected and you’re wise to break free from any situation that doesn’t benefit you financially. Is your money safe and secure? Is there a better and more efficient way to pay off a debt or loan? You improve your financial circumstances when you negotiate well and won’t take any nonsense. Stand your ground and if necessary fight for what’s rightfully yours.

The Full Moon on the 30th also cuts across the Aries/Libra axis which promises to be a decisive date for you financially. What’s interesting is that a few days later on the 5th October, Saturn, the planet of limitation, leaves Libra and your money sector. So one way or another, this suggests a weight being lifted off your shoulders and a financial burden which you’ve carried around since 2009 starts to ease. It’s going to be a rocky ride to put things right but there is now light at the end of the tunnel.