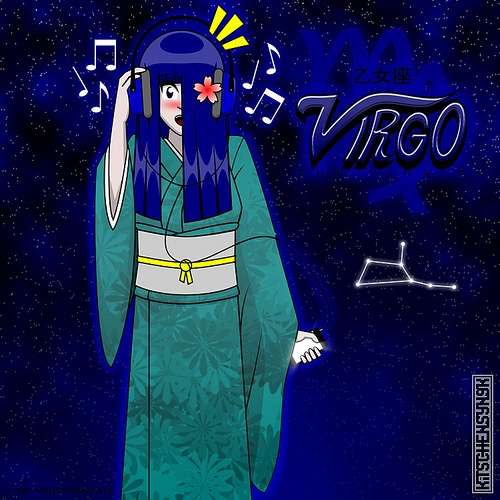 Your ruling planet Mercury entered the sign of Scorpio on 29th September where it remains until early December. This puts the planet of communication in your communication sector so this is where the action’s at over the next couple of months and doubly so.

However, Scorpio is one of the ‘mute’ signs, a water sign that thrives on feelings and instinct rather than talk and chit chat. So this could be a period of deep soul-searching for you or you may find that through analysis or research you’re finding out a lot of stuff but knowing how to communicate it is the greater challenge.

Saturn too is in this sector of your chart and meets up with Mercury not once but three times. This month Mercury and Saturn connect on the 8th and the 29th. This signals two things: hard work and authority. You may be involved in a project whereby you’re the voice of authority, whether through writing, teaching or public speaking. Alternatively you may find yourself up against someone in a position of authority who you either find it difficult to talk to or who’s trying to silence your voice. If so, be patient.

Any meetings or key conversations are best scheduled pre-Mercury retrograde which begins on 21st October and lasts until 10th November. It’s also a good idea to back up computer files and sort out any technology niggles before the 21st as Mercury retrograde can bring communication chaos. In addition, you should avoid the retrograde period for major decisions or ultimatums as often new information comes to light once Mercury is back up to speed. This is especially important for you with a double whammy of the planet of communication in your communication sector. Timing is of the essence if you’re to be successful in your endeavours now and to get what you ask for and more of what you want.

Money matters are under the cosmic spotlight too this month and in some respects it may feel like a case of ‘here we go again’. This is because there’s a Cardinal T-square lighting up your cash sectors on the 2nd/3rd. This involves Sun Libra opposite Uranus Aries square Pluto Capricorn. A similar planetary aspect played out late August and mid-September so whether it’s the same issue or a similar dilemma, there’s a definite sense of deja-vu.

Uranus is in the sector of your chart that rules joint finances e.g. mortgages, insurances, debts, investments, inheritances and any person or organisation that has access to your money. Uranus is the planet that’s associated with the unexpected so this may bring a situation that comes out of the blue. A change to a financial organisation’s rates or someone who believes you owe them money, for example.

With the Sun in Libra it’s important that you stand on the side of justice and you aim for a fair distribution of resources or cash. Be wary of lending money especially if you’ve had your fingers burnt in the past. Kids and lovers in particular may not have your best interests at heart and handing out cash could be the equivalent of doling out money into a bottomless pit. So think twice before being overly generous even if you think that helping out is kind. If someone makes you a request or offer in the first few days, wait at least until the New Moon on the 5th that also falls in your cash sector before making a decision about what you want to do.

Money issues escalate this month for another reason as on the 18th there’s a Full Moon or lunar eclipse cutting across the Aries/Libra axis and your money sectors. This is the first in a cycle of eclipses that will play out over the next couple of years and highlighting finances, this indicates that this area of your life requires your full attention.

Eclipses often bring unexpected events and have a similar feel to the unpredictable planet Uranus. This may play out as unexpected expenses or cash bonuses and money coming in quickly or going out just as fast. Before the eclipse takes place, ensure that your financial situation is as safe and secure as it can be and that you are aware of what’s going on. This is not a good month to leave your bank statements unopened or bury your head in the sand.

If you’re struggling for cash this month, turn to someone in your family to help you or think of a way that you can use your home or a change in property to help ease your situation. The 16th is a green light date for cash matters when Venus in your home sector connects with Uranus in your joint finance sector in an easy and helpful way.

Finally this month, Mars, the action planet, enters your sign of Virgo on the 15th where it remains until early December. This suggests that over the next couple of months you’re being asked to engage with life and to take on new challenges. Mars adds energy, enthusiasm and assertiveness to your personal portfolio.

On the 20th Neptune opposes Mars signalling a clash between you and someone close, perhaps your other half. It may be a wake up call to communicate on a deeper level and to ditch a critical attitude for a more loving and caring connection. The 1st and 25th point the way forward, when there’s a big dollop of romance on the menu.