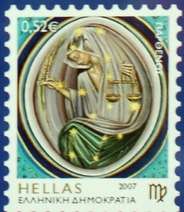 The spotlight falls on other people in your chart this month and the astrology is a real mixed bag. On the 2nd, Mars moves into your opposite sign of Pisces where it remains for a period of six weeks until 12th March. Mars brings passion, that’s for sure, but it’s also the planet of anger so if either you or your other half have been hiding what you think or burying your true feelings, that may no longer be possible.

Mars brings an urgency to relationships, a competitive edge and a desire to clear the air. In addition, Mercury, your ruling planet, enters Pisces on the 5th where it’s going to remain until mid-April, so an unusually long stay for the planet of communication in your relationship sector.

Mercury and Mars connect twice this month on the 8th and the 26th and these are days when action and thought combine urging you to speak your mind. You may not think it’s the best time to do so but it’s hard to hold your tongue when Mercury and Mars get together.

On the 23rd, Mercury turns retrograde, which is why it’s going to be in this sector of your chart for the best part of two months, as it moves back and forth through the sign of Pisces. Mercury retrograde can bring misunderstandings and miscommunication so go with the flow after this date and don’t make any final decisions based on what you hear.

Neptune is prominent this month and Neptune is the planet of romance. However, the flip side of Neptune is that it rules confusion so on the one hand, you may be truly, madly, deeply in love or on the other hand, you don’t know what you feel about someone close or love in general.

With Neptune, there are rarely any boundaries in place and if you feel that a relationship is drifting or you’re not happy with the arrangement between the two of you, then you need to find a way to talk and draw up an agenda or a set of rules that works for both of you. It may sound clinical but if you’re a typical Virgo, you like to know where you stand and you deal better with life when you have a schedule you can work to and it’s often the same for you when it comes to love.

Neptune makes key connections to the following planets; Mars (action) on the 4th, Mercury (communication) on the 6th, the Sun (vitality) on the 21st and Venus (love) on the 28th. Venus is the last of the personal planets to join the party and moves into Pisces and your opposite sign on the 26th. So this is a heady combination, great for romance but harder to make any firm decisions.

Your opposite sign can represent an opponent, a competitor or another key player in your life. It concerns all your one-to-ones and in this respect, it’s important to use your savvy and common sense in your dealings with others. Neptune rules scandal and deceit so keep a close eye on anyone who tries to pull the wool over your eyes and sniff out any notion of a scam. Ask all the right questions and be thorough in your dealings.

In the same vein, ensure you read the small print before you sign any contracts this month and where possible, put things off until mid-March when the fog clears and you’re no longer swimming against the tide.

Jupiter is currently at the top of your chart ruling your career and since the end of last month Jupiter’s moving forward in the heavens. This means it’s all stations go with regard to your work and career and it’s a great few months (up until the end of June) to make progress and press on with your goals and new ideas. The New Moon on the 10th is especially timely for launching a work project or starting a new work-related goal.

At work it’s important to use your intuition with colleagues and clients. Hone your people skills but be aware that not everyone is on your side or wants the best for you this month. If you’re doing well at work, you may find that makes someone else unhappy because they’re not doing so well. The Full Moon on the 25th looks especially jumpy when Jupiter squares the Full Moon which cuts across your relationship axis. Keep your wits about you.

This month you may be making a decision whether to put work before home life or a relationship before work. Again, if you can keep your options open until mid-March any decision will be easier to make from that time onwards. Do research all your options and try out new possibilities in your head but where possible go with the flow. Keep on the right side of other people in your life at the same time as remembering you don’t have to please everybody and the most important person to keep happy is yourself.