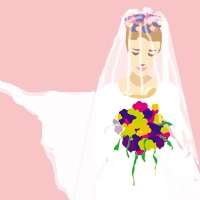 Mercury is your ruling planet and as April begins, Mercury is on its home run through your opposite sign of Pisces. This focuses on partnership and one-to-one relationships and as Mercury make no aspects from the beginning of the month until the 14th when it leaves Pisces, the heavens are flowing freely.

This makes a huge difference from what’s been going on in February and March. Mercury entered Pisces on 6th February but turned retrograde on the 23rd and this is often a time of stops and starts, misunderstandings and miscommunication. For you, this has played out in the love arena or with other key one-on-one relationships.

Mercury is befuddled in Pisces and can’t see things clearly. You may have found it hard to be objective about your own situation but you’re in clear waters now and picking up speed. In addition, the 6th is a key date when Mercury is back at the place it was when it turned retrograde on 23rd Feb. You’ve come full circle and hopefully will reach a place of understanding and insight regarding your close relationships.

There’s a real chance of this being a passionate month too as both relationship planets, Venus and Mars are in Aries, the sign that rules intimate relations in your chart. These two planets come together in the heavens on the 7th, the day after Mercury emerges from it shadow period which suggests a significant turning point for love.

With a strong focus on the sign of Aries all month, this is about being bold and forthright in love and asking for what you want. Ensure you get your own needs met which may not have been your reality of late. This month you’re more powerful as the Sun, Venus and Mars remain in Aries until mid-month when they’re replaced by your planet Mercury.

Aries rules joint finances in your chart so it’s a good month to get to grips with money matters and sort out any financial dealings. This includes mortgages, insurances, debts, investments, even an inheritance. Focus on money matters and ensure you’re not only getting the best deals but you’re making your money work for you.

One other planet that’s in Aries and your money sector and will remain there for a few years is unpredictable Uranus. This hints at financial instability at times but the plus side of Uranus in this part of your chart is an unexpected bonus or windfall. It’s not a steady ride with regard to finances but rather a roller-coaster affair when you need to hang on tight, ride out the losses and grab the wins as and when you can.

Uranus is in an ongoing pattern in the heavens square to Pluto and for you this is about long-term gain and building for the future versus short-term pleasure. You may find you flip between the two, feeling that you deserve the good things in life and wanting to splurge, followed by a more sensible approach to your future security. As in all things, try and balance the two so you don’t feel hard done by but at the same time feel as if you’re on track to meet your future financial goals.

The 20th/21st April will reveal a great deal when you see how things play out in your own life. Uranus likes to reinvent the wheel so don’t be afraid to do things differently with regard to your money and savings. The Uranus-Pluto square is also playing out in the wider world with banks and governments proving both fickle and unreliable with regard to the economy. What’s seen as tried and trusted isn’t necessarily so.

You are riding a wave of good luck at the moment so hopefully things are working out for you with regard to your work and vocation. The biggest and best planet in the heavens, Jupiter, is up at the top of your chart ruling your career where it remains until the end of June.

On the 1st, Easter Monday, Jupiter links to the Sun in Aries and on the 24th, Jupiter teams up with your ruling planet Mercury. Both these dates look lucky for work and career and it’s a good time to sign any kind of business partnership or negotiate a better situation, financial or otherwise. Jupiter hints at stepping out of your comfort zone and broadening your horizons so think big.

Finally, three of the personal planets move into your fellow earth sign of Taurus from mid-month onwards, highlighting travel, study and new experiences. You may want to get away with a loved one or have your own personal adventure and it’s certainly a productive period to dream what next. However, with a lunar eclipse in the mix on the 25th and Saturn opposing the planets in Taurus, it does look as if you need to take things slowly.

Saturn often represents a limitation or obstacle in your path. If this is self-doubt, then look at ways of overcoming your fear but if it’s a real limitation, then be patient. It doesn’t mean that getting away or spreading your wings is impossible but you do have to face life’s obstacles head on and look at ways of creating solutions to any problems in your path. Be persistent and don’t give up if the end goal is important to you.

[art by Rankin Miss at flickr.com]