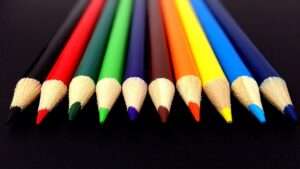 Your ruling planet Mercury has an important role to play this month as it turns retrograde in the heavens on the 17th. This planetary phenomenon takes place three times a year for three weeks at a time when the planet of communication, Mercury, is up to its tricks.

Mercury is currently in the sign of Libra ruling your finances, your personal money and what you value in life. So this is about cash and money matters for you and you’re wise to consider this area of your life and tie up any loose ends before Mercury turns around in the heavens. Now’s not the time to bury your head in the sand or leave bills unopened. Instead, get any advice you need and ensure you’re on top of money matters.

Mercury remains retrograde from September 17th until October 9th and this is a sensible period for a review, a chance to rethink your situation. It’s a time when you need to be patient, perhaps because you’re waiting on money and it’s important to double check all your financial negotiations. Don’t let money slip through your fingers but use your Virgo attention to detail to check mistakes aren’t made.

You might be calling in past favours this month too and there remains a strong focus on the most hidden sector of your chart. This is because the relating planets, Venus and Mars, who were the lovers in mythology, come together in your previous sign of Leo on the 1st.

Both these planets connect with live wire Uranus on the 8th and 23rd respectively and in positive aspect. Uranus is in Aries and your joint finance sector so this spells unexpected help or resources coming your way. You might receive money from an ex, a past lover or someone you helped out once before.

There is in fact a similar theme with Mercury retrograde as this is often a good time to chase up past connections, to try again where you failed once before and to see how the past can help you in the present.

Another planetary factor that confirms this is a big month for you with regard to money matters is the lunar eclipse which cuts across the Aries/Libra axis of your chart on the 28th again highlighting finances. Eclipses often bring what’s hidden to light so be ready for the unexpected this month, whether that means extra expenses, a gift or bonus or some other cash turn-around that you couldn’t have predicted.

Try and keep a tight handle on money matters but use the planetary timing to good effect. Mercury retrograde is never the time to sign or seal an important deal. Wait if you can until mid-October instead.

You do have luck on your side however as Jupiter, the planet of luck, opportunity and growth is now firmly established in your sign of Virgo where it remains for the next 12 months. This is prime time to look at your own life and reassess your personal goals and aims. Where are you heading in life? Are you ready to play big, take on a new adventure, make a big leap?

This is what Jupiter encourages when it’s in your sign as Jupiter rules expansion, travel and study. Not only do you have Jupiter in your sign but there’s a solar eclipse in Virgo on the 13th. This is a powerful turning point for you as it’s the first eclipse in your sign for many years.

Eclipses have a karmic feel to them as they link in to the nodes, the karmic points in astrology. Next month, the nodes will be in your sign of Virgo for the first time since 1997/1998. The solar eclipse is a power point in the heavens, a potential moment of destiny for you. Notice who or what comes into your life on or around this date as the repercussions will be huge.

However, again you can’t rush into anything as four days after the eclipse, your planet Mercury retreats in the heavens. You’re having to stall for time which perhaps is a good thing. If the decision you’re about to make is huge and will have a knock-on effect in the lives of people close to you, take your time.

Plus the major planetary aspect this month also interacts with your sign of Virgo. This is Jupiter in Virgo opposed by Neptune in Pisces and again this takes place in the middle of the month on the 17th, the same date as Mercury’s change of direction.

This feels really powerful but it’s also potentially confusing. Don’t be surprised if you feel unsure, you change your mind, you feel adrift in some way. It might be linked to a key partnership in your life as Jupiter is your partner planet and Neptune is in the sector of your chart that rules your 1-to-1 relationships.

Together these two planets represent compassion, a spiritual path but there’s also a sense that you feel afloat. It’s as if everything’s expanded to such a point that you don’t know whether you’re coming or going.

You might be whisked away on a sea of romance or the opposite, you realise that someone isn’t who you thought they were and the veil lifts to reveal the person underneath. You might have the wool pulled over your eyes when Neptune opposes Jupiter in your own sign so have your trust antennae on red alert and don’t let yourself be fooled. If someone offers you a too-good-to-be-true proposition, wait until Mercury turns direct on October 9th before you leap in.

If you want to help others and feel a calling to do something momentous with your own life, then most likely you’re in tune with your stars. This isn’t a month when you can play small even if you want to, and a new path which opens up for you will be the start of an incredible journey.