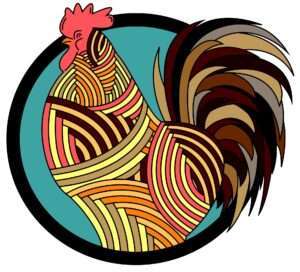 This is a good month to tackle the bigger issues, such as work and money. Both areas of your life are highlighted now and it’s time to get things moving.

Your ruling planet Mercury finally leaves Capricorn on the 7th where it’s been for most of the time since early December 2016. Mercury in Capricorn lights up the most creative sector of your chart which represents fun, play and entertainment.

Yet once Mercury enters Aquarius on the 7th, it’s time to turn your attention towards your work and routine, your lifestyle and your health if you haven’t already. Mercury remains here until the 25th and the more organised you are, the better.

This is especially important because on the 11th there’s a Lunar or Full Moon eclipse which cuts across the Leo/Aquarius axis of the zodiac. This is about your well-being but also how well your life runs on a daily basis.

Sometimes eclipses bring the unexpected and hidden news comes to light. This might be about your work or job, your health or diet. The eclipse can be a wake-up call or you recognise within yourself that you want or need things to change.

This eclipse links back to an ‘almost eclipse’ which took place in August 2016 so events then could be pivotal for what’s currently happening in your life. This is the start of an important eclipse cycle which continues until January 2019.

Yet at this eclipse there are other planets playing a supportive role so you might be changing things around for a positive reason. Perhaps there’s extra money coming in so you don’t need to worry as much about your own income or you’ve decided that you want to spend more time at home or looking after your family.

Certainly it’s these areas of life where there’s a chance for a breakthrough, a possibility to do things differently. For some, this could indicate a new job that means moving house or changes within your family that bring you more freedom.

It could also be the case that you’re now ready to put your New Year resolutions into practise if they didn’t happen one month ago. The beginning of February picks up on the New Moon in Aquarius that took place on January 28th. An ideal time to set new intentions which help boost your work and routine, your lifestyle and your health.

Money matters are also in the picture this month because action planet Mars is in Aries and your joint finance sector. This is a go-getting dynamic placing for Mars so it’s a good month to sort out your finances, to get expert advice, to ask for a loan.

In addition, Venus joins Mars on the 3rd and Venus is the planet of relating. So this is a positive month to discuss finances with someone close to you, perhaps your partner or someone you work with. If you can pool resources now or save expenses by teaming up with a third party, this is the month to make it happen.

Notice where money’s going out quicker than it comes in during the first two days of February and this is where you can make some changes. This might be about childcare, an expensive hobby or other key payments.

Plus, you have lucky Jupiter in Libra and the sector of your chart which rules your money and personal values. Jupiter turns retrograde on the 6th so the plans you put in place this month can flourish and grow in four months’ time.

Jupiter’s turn-around also indicates that you might benefit from money coming your way from another source. When you have key planets in your joint finance sector, this can bring an inheritance, a return on investment or extra money for a partner. Other people in your life could pick up the slack if your own situation is changing, either financially or with regard to your work, job or routine.

Yet this period in the year is important for another reason and that’s love. The lovers of the heavens, Venus and Mars, were both in Pisces and your relationship sector last month and even though they both move on by early February, this isn’t the last of the Pisces activity.

In fact, once the Sun has moved into Pisces on the 18th, it’s heading towards a powerful Solar  or New Moon Eclipse in Pisces on the 26th. This could prove to be a very important date in the calendar for you and your ruling planet Mercury also enters Pisces a day earlier, on the 25th.

This eclipse is important because it’s the last in a series of eclipses which began in March 2015. This eclipse cycle has focused on your own sign of Virgo and your opposite sign of Pisces which often brings new developments on the relationship front.

Eclipses are a dramatic energy and sometimes they bring what’s hidden to light. They can just as easily coincide with an ending as a new beginning. Either way, your relationships and your 1-to-1’s are where the excitement lies.

During the eclipse on the 26th, the Sun and Moon sit next to romantic Neptune so this could turn out to be an extremely special day, one to remember. Certainly it’s a time when your dreams and imagination are strong.

If this is about an ending for you, then there may be sadness involved with Neptune so close to the New Moon. You might want to lose yourself in some way to escape everyday matters for a while. The eclipse isn’t the best time to take a big risk or to be impulsive. This would be foolish but instead tap into the gentle flow of Pisces and let your emotions guide you.