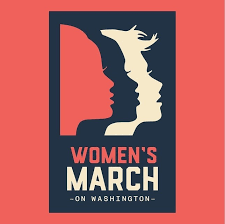 This takes place on Friday 20th January and the following day, Saturday 21st January, the Moon in Scorpio makes positive connections to both Venus and Pluto.

The feminine planets, the Moon and Venus, are in water signs, Scorpio and Pisces respectively and water is the element that rules emotion, sensitivity, female intuition.

This is gorgeous symbolism because on Saturday 21st January, the day after the inauguration of the new President of America, there will be marches around the world, created and led by women.

On the day that the Moon and Venus, the female planets, are empowered by Pluto, there are going to be hundreds of marches around the world as  millions of women gather in protest.

Here’s the link to see if there will be a march near you: Women’s March.

The marches aren’t going to please everyone. There’s even been controversy because some minorities feel the focus is primarily about women, whereas it should include all people fearful of what the next few years might bring and who want to march together in protest. No doubt, many of the marches will be inclusive.

In addition, one of the co-creators of the Women’s March has said “I’m not interested in the march itself but in what comes afterwards”, i.e. that’s when the hard work begins once the marches gain momentum.

Does this show astrologically? Venus is heading towards a square with Saturn, the planet of authority and control, which is exact next week on Friday 27th January. Here’s the hard work and persistence that will be needed on the back of Saturday’s marches. This is worth noting.

Yet right now the planets are in alignment to empower (Pluto) women (Venus) around the world.