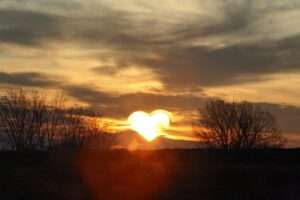 Venus is said to be in ‘exaltation’ in the water sign Pisces, which means this is a sign that Venus feels comfortable in.

Pisces enhances Venus’ qualities and it’s easy to see why. Venus is the Goddess of Love and Pisces is the boundless sign and at its best this planetary combination represents unconditional love, love without boundaries.

When Venus is in Pisces, there can be an outpouring of love, a chance to connect with your heart on a deep level, a desire to give, forgive, be kind, be compassionate and love to your fullest capacity. It’s the opposite of an empty vessel, it’s a receptacle that’s abundant and overflowing.

In perfect synchronicity, I received a plea for help today for a Taurus friend (Taurus is ruled by Venus) and felt immediately compelled to make a small donation. The gift was money but of course it’s also love.

Venus rules both love and money and when Venus is in Pisces there’s often a desire to give freely and abundantly, to share our love or to share what we have and own. Acts of kindness, giving in the name of charity.

In addition, Venus is the Goddess of beauty and art and when Venus is in Pisces, you can tap into the depths of your own imagination. Find your muse, expand your creative skills & talents, explore music, poetry, photography, art and be inspired. Whatever arouses your senses, whatever touches your soul, open yourself up to it and bathe in life’s beauty.

This past weekend I watched a documentary about one of the Beatles, George Harrison. Harrison was a Sun Pisces and music is Pisces’ realm but Harrison was also the most spiritual of the four Beatles and spent a lot of his lifetime seeking a spiritual path. He was inspired by the Maharishi and Ravi Shankar and in turn influenced many of his musical friends who he connected with on a deep level.

Harrison’s Pisces credentials extend beyond his Sun in Pisces. He has Libra rising in his chart so his ruling planet was Venus exalted in Pisces in the 5th house of creativity opposing Neptune in Libra (a dissociate aspect). Neptune is Pisces’ planet and Venus is Libra’s planet and the two are in mutual reception, enriching not only Harrison’s love of music & his creative expression but his search for something greater, a spiritual peace.

Venus is love but in Pisces Venus’ qualities are enhanced so greatly that they become Love with a capital L. This is more than intimacy and physical love; Venus in Pisces wants to grow deeper and wider for a connection with life, the universe and ultimately God.

Feel Your Way Through

Martin Scorsese, a Sun Scorpio, another of the water signs, directed the documentary about Harrison which is called Living In The Material World (2011) and said of the movie:

‘The more you’re in the material world, the more there is a tendency for a search for serenity… His music is very important to me, so I was interested in the journey he took as an artist. The film is an exploration. We don’t know. We’re just feeling our way through.’

I love those last three sentences. Whilst the personal planets move through Pisces, you don’t need to know where you’re heading but simply be willing to explore and be open to the experience of not knowing.

This fits too for the current Mercury retrograde cycle which is accompanying Venus’ transit through Pisces. Ultimately Venus in Pisces is calling you to expand your love to include love without boundaries and to feel your way through.