Firstly, Venus, the planet of love and relating, has finally left the first sign of the zodiac, Aries, where it’s been for the majority of the time since early February 2017. Venus in Aries is the Warrior Woman, strong and purposeful, but Venus can’t find peace in Aries for this is Mars’ domain, God of War. 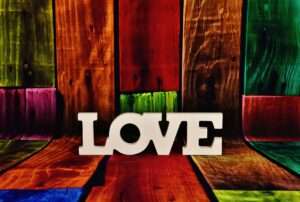 So wouldn’t it be nice if Venus’ move into Taurus today, the earth sign linked to nature, slowed down the violence, the manic hatred that seems to have been everywhere recently.

Venus in Taurus is soft and receptive, a nurturing influence on soul and body.  This is a planet/sign placing that’s about security, both emotional and financial.

It’s a Venus who loves to wander barefoot in nature and cuddle up under cashmere blankets. Venus in Taurus is artistic & creative, fertile & abundant.

Venus in Taurus wants to hug the world and everyone in it, rather than lash out and attack. Venus remains here until July 5th.

The other planet changing signs today is Mercury, planet of communication. Mercury’s recently been dragging its feet in Taurus and this isn’t a sign in which Mercury excels.

Mercury turned retrograde in Taurus back in April and this represents the slow talker, the mind that can’t make sense of things. Sometimes Mercury in Taurus finds it hard to speak up, to sing about the joys of life. 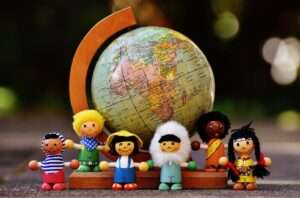 Once Mercury enters Gemini later today, it whizzes through its sign of rulership and by June 21st, the day of the Solstice, it’s gone. So make the most of this clever, witty, fast-paced Mercury.

This Mercury thrives on diversity and uses words to help, to excite, to persuade, to entice, to inspire.

Mercury in Gemini has an ear for language, so use this time to connect with others, to communicate, to hear other peoples’ stories.

Two personal planets changing signs and shifting the energy from negative to positive, even if only on a small scale. There’s a rightness about planets in signs that they understand and feel at home in.

We should choose to use them well whilst we have the chance.