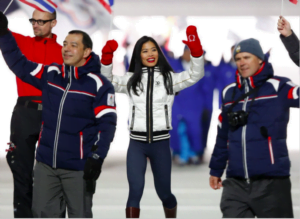 When you’re an astrologer, you always have to check out what star sign a celeb is when their story in the news piques your curiosity. It’s obligatory, you have to do it.

The story that grabbed my attention today concerned the violinist and Olympic skier, Vanessa-mae, who has just been banned from ski-ing for four years. She took part in the Sochi Olympics 2014 skiing for Thailand but didn’t qualify for the event in an official capacity which has landed her in hot water.

Now it’s not often you see the following accolades sitting side-by-side on a CV: teen violinist sensation, Olympic skier. It undoubtedly takes a certain type of individual to be so focused, ambitious and talented not to be satisfied with one successful career but to attempt to compete at top level at a completely contradictory event. Music & sport don’t often go hand in hand.

I was pleasantly surprised with my internet search to discover that Vanessa-Mae (b. October 27th 1978) is a Sun Scorpio and not only that but she has a stellium of planets in the sign of laser-focus, determination and concentrated power. Here’s her chart: 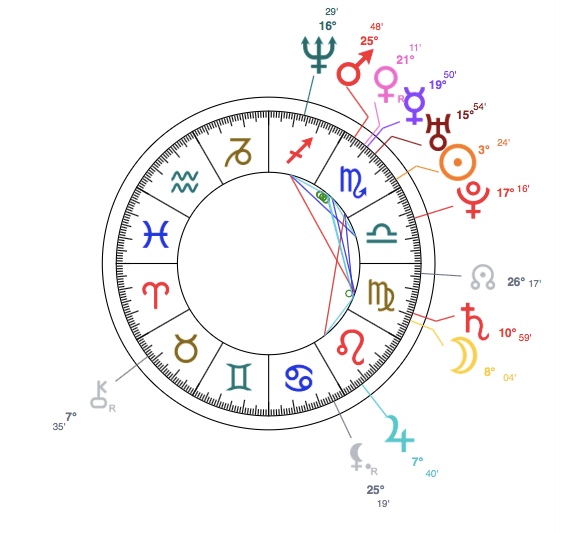 As you can see from the image caption, her time of birth is unknown so we don’t know her Ascendant and her Moon sign could move approximately 14 degrees either side of 8 Virgo. I do like the Moon/Saturn conjunction in Virgo however as here’s the dedication, the craft and the ability to train for hours and hours to achieve your goal.

Add to this the stack of planets in Scorpio, the Sun (self), Uranus (innovation), Mercury (communication/dexterity), Venus (love) and Mars (drive/speed) and you have one ambitious lady. Obsessive? Check. Passionate? Check. Super Scorpio? Check.

Vanessa-Mae is certainly someone who knows her own mind and I love the quote I found on wikipedia which states that even though she has a boyfriend she is known for her lack of interest in marriage and has said ‘you don’t need a ring to say I love you‘. She possibly doesn’t have time for marriage whilst she vies for world domination in her chosen fields.

Saturn has been working its way through her Scorpio stellium over the last two years and on the day of the ban, November 11th 2014, Saturn is currently at 25 Scorpio 07 and homing in on her natal Mars. Mars rules speed, courage, an adrenalin rush and is the perfect symbol for an Olympic skier. Yet the big hand of Saturn shows the authorities pulling the plug which effectively stops her in her tracks and unable to compete at Olympic level.

You would expect the Neptune to be prominent in her chart with her love of music and it would be interesting to see her full chart with her time as well as her date and place of birth.

I’m sure that we will hear more of Vanessa-mae in the future. This is one Super Scorpio who’s not going to fade quietly into the background.