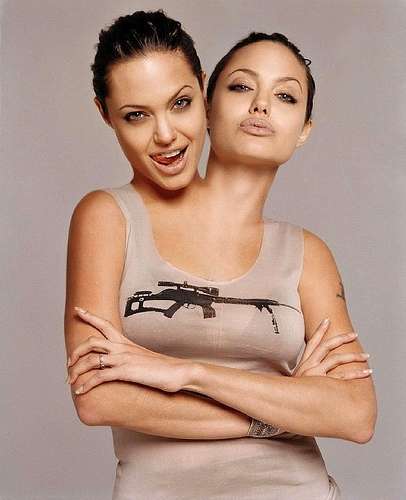 The third of seven Uranus-Pluto squares takes place today (exact 20/05/2013 23:02 GMT), a major planetary configuration that began in 2012 and ends in 2015. The symbolism of this powerful clash of the Titans always plays out on the world stage.

Uranus ruling rebellion, sudden turns and disruption is in Aries, the sign of the individual, squaring up to Pluto, God of the Underworld and the planet of power and control in Capricorn, the sign of big business, government and the established status quo.

This time around there are two stories in particular which have caught my eye, especially as the exact degree of today’s face-off is 11 degrees 14 of Aries and Capricorn.

Firstly, Angelina Jolie’s recent decision to have both her breasts removed. Angelina is a Sun Gemini but she has a Moon-Mars conjunction in Aries and Uranus is currently sitting between the Moon-Mars with Pluto square to them.

The symbolism is stunning; in astrology the Moon represents the breasts due to its rulership of the sign of Cancer and Mars is the planet that cuts and is associated with surgery. The Moon is also the mother and it was her own mother’s death from cancer aged 56 and the discovery that Angelina carries the cancer gene and presumably the fear of her own death (Pluto) that prompted her rash decision (Uranus).

Uranus is the planet of shock and outrage and even though many people have viewed her act as a brave decision, others have been shocked or quick to attack her. Her partner, Brad Pitt, declared that her decision was ‘absolutely heroic’. This fits Angelina’s Mars which is strong and in its rulership in Aries, a symbol of the hero.

This made me think of the Amazon warriors in Greek mythology who cut off their right breast so they could fight better, hold a breastplate and throw their weapons. The etymology of the word Amazon is “a-mazos” meaning ‘without breast’.  Angelina’s act is a radical one (Uranus) aimed ultimately at warding off death (Pluto) and a dramatic showing of the Uranus-Pluto square that’s active in her chart.

Secondly, a story that’s gobsmackingly shocking concerns the global giants of business, such as Amazon, Google, Starbucks and Ebay who have recently been exposed for paying little or no corporation tax in the UK. Take Google for example; the stats show that they took sales of over £3 billion in one year yet paid only £7.3 million in corporation tax, effectively a shortfall of £224 million.

Of course in the eyes of big business, there’s nothing illegal or wrong with what they’re doing as tax loopholes will always exist and even though the majority of their sales take place in the UK, the contracts are signed in Ireland, or any other country where there’s a much lower rate of tax. Listening to a recent debate on Radio 4 I was amazed how calm a top executive from Google sounded as he defended what the company were doing. It may be that avoiding tax in this way is legal but at a recent committee, Google were branded ‘devious, unethical and evil’ and my moral compass tends to agree.

In the blog’s title I have provocatively written Amazon cheats which according to the law is not true. However, many individuals are outraged by what big businesses are allowed to get away with and a recent article in the press showed that it costs every British taxpayer an extra £183 a year because of the tax avoidance of the global giants. Whether our government will do anything about this seems at present highly unlikely. However shocked the individual (Uranus in Aries), the global giants (Pluto in Capricorn) are currently winning as these companies have the power (Pluto) to make their own rules (Uranus). Pluto represents the hidden riches and the money that the government can’t get their hands on. Another brilliant example of the current Uranus-Pluto symbolism.

The birth chart of Jeff Bezos, founder of Amazon, is revealing as he is a Sun Capricorn, although at a later degree of 21 Capricorn. He does however have Jupiter at 11 Aries 59 so the Uranus-Pluto square is hitting his Jupiter, the planet of opportunity and prosperity. As Jupiter is in self-oriented Aries, an image instantly popped into my head of someone jumping up and down, rubbing their hands with glee and shouting, “it’s mine, all mine”. That may not be fair on Jeff but the astrological symbolism speaks volumes. Uranus will be exact on his Jupiter next month on 10th June and we may then discover whether this brings out the charitable side of Jupiter or whether Aries’ independent agenda will prevail.

What does it mean for you?

You’re most likely to experience this Uranus-Pluto square if you have any planets in cardinal signs, Aries, Cancer, Libra or Capricorn between 9-13 degrees and it depends what planets are being triggered and which houses or areas of your life are effectively under attack. This may trigger a breakdown, a breakthrough or a chance to break free from a situation or person that has control over you. As the above two examples show, you can either allow Pluto to dominate as in the case of the global giants or like Angelina you can be a hero, an Amazon warrior, and make your own brave decision.