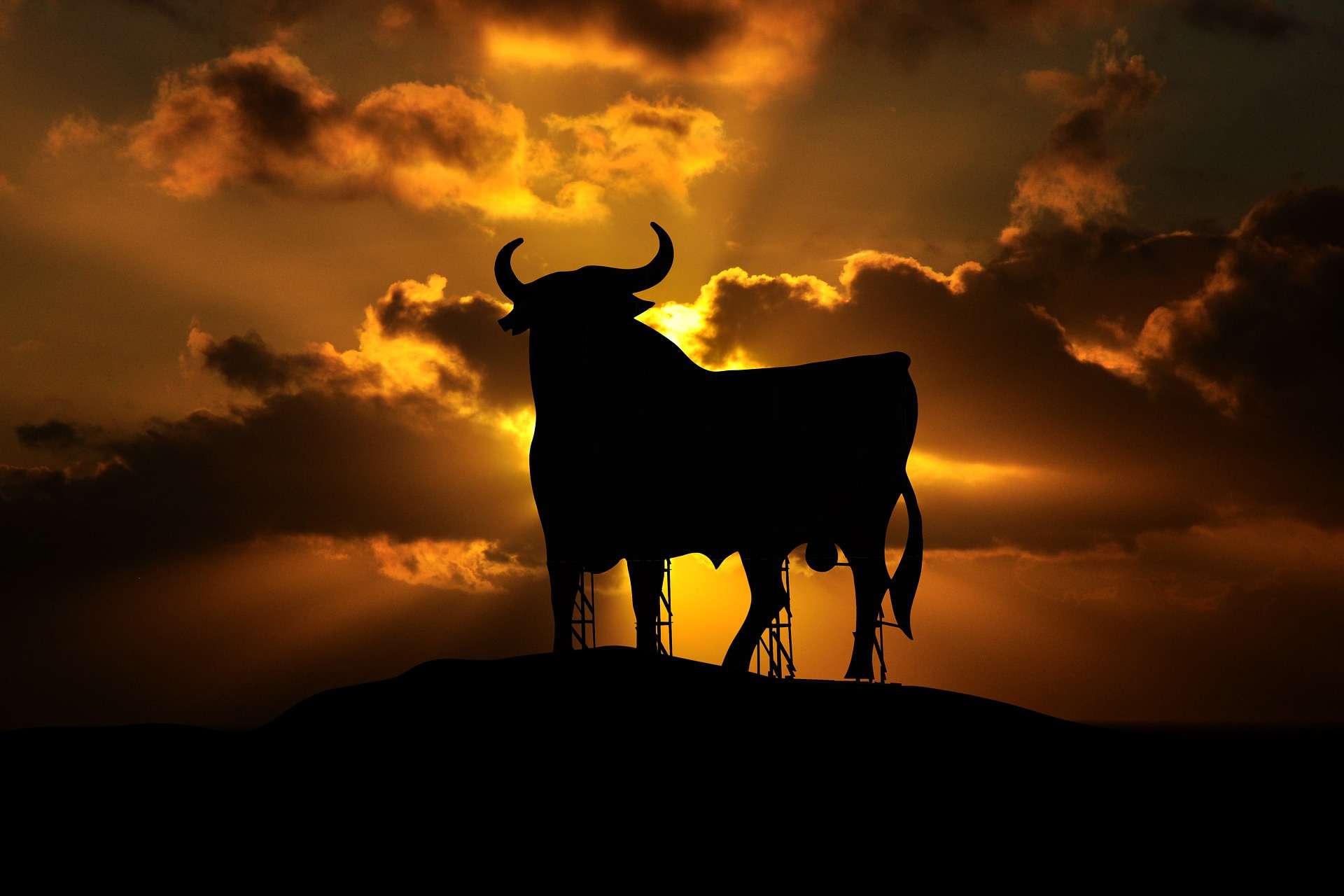 Tomorrow, March 6th, 2019, the planet linked to innovation, technology and revolution, Uranus, enters earth sign Taurus, where it remains until 2026.

I wrote about Uranus’ move into Taurus in May 2018, when it entered the earth sign for the first time in over 80 years. We had a glimpse of what Uranus in Taurus meant last year, as it dipped into Taurus from May 15, 2018 until November 6, 2018. Uranus then retreated back into Aries and now takes up residence in Taurus for the next seven years.

What can we expect from Uranus’ move into Taurus, the star sign linked to money, security, land, food, produce, nature, art, beauty and sex? This article continues on from my thoughts and ideas last May.

In January 2019, I spoke about Uranus’ move from Aries to Taurus for the Oxford Astrology Group and this brought about further ‘Uranus in Taurus’ symbolism. 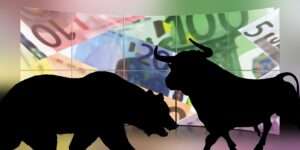 Money is one area of life that has already come under Uranus’ revolutionary gaze. Crypto-currencies are an obvious symbol for Uranus (technology) in Taurus (money). Will paper money become a thing of the past, will there be a revolution in the banking world? Answer: ‘yes’ to both.

There are already tremors amongst long-established financial institutions. Taurus’ zodiac symbol is the Bull, linked to the money markets and this is an obvious arena for change. Financial astrologers are starting to feel uneasy.

Combine Uranus’ move into Taurus with the up-coming Saturn/Pluto conjunction in Capricorn in January 2020 and you can see where change is likely. Note that all three planets are in earth signs. In brief, Taurus rules money and Capricorn rules work. Capricorn is the sign of government, big business and the establishment. Changes are sweeping through these areas as corruption and incompetence in our world leaders is exposed. Our current political systems are falling apart.

Also, in the UK, Universal Credit has rolled in, a new system to make benefits simpler, supposedly. The harsh reality is that some people have to wait six to eight weeks before the new system catches up. They are literally being left with nothing. Other people are having their benefits are cut drastically. It’s the poorest people in our society who are suffering from the change.

Uranus is a planet that’s linked to highs and lows and it’s rarely a steady influence. This is the exact opposite of what Taurus represents. Taurus is fixed earth, slow-moving, plodding, in it for the long game, whereas Uranus wants success overnight, even if it means high stakes. If Uranus in Taurus is to prove symbolic, the next seven years are predicted to be a volatile time for the money markets. Some will win big, others will inevitably lose out. Get your financial ducks lined up and fast.

Uranus is the planet which splits things apart. You could, therefore, surmise that the divide between stratospheric wealth and poverty will only increase. Food banks are already commonplace in the UK. As the earth provides a great deal of our food, Uranus’ move into earth sign Taurus highlights the divide between where there’s plenty and where there’s little.

Our earth, our world needs tending carefully. Uranus in Taurus will expose the damage of climate change. ‘Extinction Rebellion‘ is a growing movement and children are walking out of their classes demanding action. Uranus in Taurus is making it ever more obvious what we need to do differently. We need urgently to take care of our world. Uranus is sometimes termed the ‘earth shaker’ and nature’s warning signs will only grow louder. 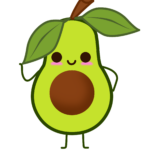 On a lighter note, depending how you view it, I googled recent first world problems and high up the list was ‘avocado anxiety’. Many of us are changing the way we eat and finding a ripe avocado isn’t always straightforward for your savvy & healthy shopper.

Uranus’ move into Taurus will revolutionise the way we produce food and bring new and more radical technologies to our consumer needs. Taurus is the farmer, after all and the farming industry will be one area going through huge change in the next seven years.

Also, ‘Veganuary‘ was huge news this year, January 2019. Uranus in Taurus is literally changing the way we eat.

It would be nice to think that cleaning up our planet will become high priority over the next few years while Uranus is in Taurus. We can’t go on filling up the land with plastic and other materials that are non-perishable. Sustainability must become mainstream if we’re to stop depleting the earth’s natural resources.

Uranus in Taurus combined with Neptune in Pisces, God of the Sea, will bring major changes in the way we produce goods. Plastic products are despised by many and new alternatives are coming. The seas are dangerously full of rubbish and imperishable products.

Another area that’s due a clean-up is technology. Uranus in Aries brought a rapid rise in technological development but Taurus favours security and online data is currently a red-hot topic. Another first world problem on the list was ‘finding free wi-fi’. Uranus’ move into Taurus may limit what’s free and what’s not on the internet. Tighter restrictions are inevitable as Uranus in Taurus slows down Uranus in Aries’ rapid rate of growth.

Taurus is linked to fashion and the beauty industry, thanks to its ruler, Venus, the planet which represents women. Uranus in Taurus will no doubt add to what Jupiter in Scorpio has started with the #metoo movement. Uranus, at its best, represents equality and universal rights.

Although, having recently read an article about sex robots, maybe not all the technological advancements while Uranus is in Taurus will be favourable. It certainly made me go ‘eeugh’. Nothing beats a hug with a real human being, even if techy Uranus tries to persuade you otherwise. 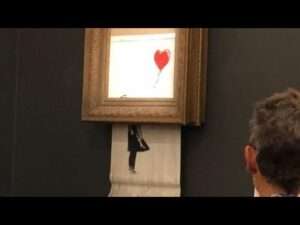 In October 2018, a famous Banksy painting. ‘Girl with a Balloon‘ sold for a record $1.4 million. At the very moment the gavel came down on the winning bid, the painting started to shred automatically.

It was a shocking moment in the art world. Yet, apparently, the painting is now worth more than it was originally.

Uranus, the planet of shocks, in Taurus, the star sign connected with art. This will no doubt bring more weird and wonderful innovations over the next seven years in the world of art.

There’s no date of birth for Banksy, who likes to remain mysterious, but what a ‘Taurus’-sounding name. Banks = money & he’s an artist. My guess would be that he’s a Sun Taurus.

Taurus is the Builder and alternative housing or community projects could and should take off while Uranus is in Taurus. The world population is expanding at a swift rate. Inevitably, we’ll need to look at ways of sharing our living space so there’s room for all. That’s the collective feel of Uranus in Taurus but we may have to wait until key planets enter Aquarius before this really kicks in.

The combination of Saturn/Pluto in Capricorn and Uranus in Taurus indicates that a property price recalibration is coming – and rightly so. The older generation (Saturn) need to accept that they’ve had it good in recent years. It’s time for the younger generation (Uranus) to be offered more equality in our current system.

Another side of Uranus in Taurus is ‘splitting’ land/territory. We are already seeing a surge in countries choosing independence. Brexit?…. a right old muddle & a mess.

Also, you could predict that where we live will expand to other planets as Uranus is the opposite of normal and conventional. For the truly wealthy, space travel and ‘space cruises’ are a dream within reaching grasp. There could be more evidence of alien life and ‘extra-terrestrials’, a word which encapsulates Uranus in Taurus. 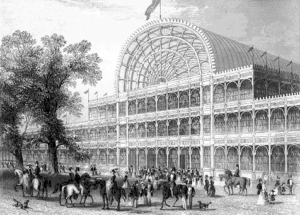 May 1, 1851 was the day when the Great Exhibition began in London and it was housed at Crystal Palace. The brain-child of Queen Victoria’s husband, Prince Albert, the exhibition was created to display the wonders of industry around the world.

This was another time in history when Uranus had only just started its seven years’ voyage through Taurus.

The Great Exhibition showcased manufactured products, modern conveniences and was influential in art and design and international trade. This was during the birth of industrialism and a developing understanding of the natural world.

Hopefully, this can prove to be a shining example while Uranus moves through Taurus over the next seven years. At its best, Uranus’ technological brilliance will bring innovation and new manufacturing to revolutionise and beautify our world.

We should also anticipate the opposite and a shift away from new products. Community repair shops are springing up all over the UK and a ‘No Buy’ challenge started in France when Uranus moved into Taurus. We all need to take a closer look at our clutter while Uranus moves through Taurus, the sign of production & possessions.

This is by no means an exhaustive list of Uranus in Taurus symbolism. I’m sure you too will have ideas for how Uranus’ move through Taurus will coincide with life on earth from 2019 to 2026.