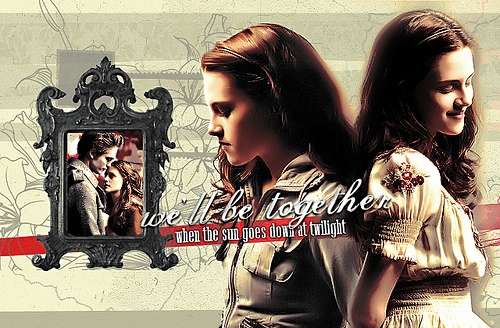 A new birth time* appeared online for Kristen Stewart at the end of October 2012 and the timing couldn’t have been spookier. I have written about the Twilight lovers, Robert Pattinson and Kristen Stewart, twice before and you can read both posts here: Twilight Lovers (May 2011) and Twilight Lovers Revisited (Sept 2012).

Robsten, as they’re termed in the media, met back in 2008 when they first started filming Twilight, the cinematic version of the super-successful book trilogy written by Stephenie Meyer. The couple fell in love in real life replicating the story in Twilight, which tells how Bella (a human) and Edward (a vampire) fall in love, and the consequences it brings to their lives.

Their real life love story almost came to an end in July 2012 when it was revealed that Kristen had been unfaithful with Rupert Sanders, the director of the movie Snow White and the Huntsman, in which Kristen played the lead role. Since then, it’s been an on-off love story for the two star-crossed lovers and even now there’s talk of a ‘trial separation’ whilst Robert films in Australia and simultaneous media gossip whispers that the two of them are going to marry Down Under.

What fascinates me about their personal story is how it has played out against the backdrop of the Twilight Saga, the five romance fantasy films, and how this is weirdly synchronistic with the new Ascendant in Kristen’s birth chart due to the new birth time. In my first article about the couple, Twilight Lovers, I talked about how Robert and Kristen had the exact same Cancer Ascendant and thus the Moon was their shared ruling planet. This worked perfectly for the Twilight saga, as the Moon rules the night and all things hidden and spooky, fitting for a series of films that embrace the vampire realm.

The new birth time which gives Kristen a Gemini Ascendant emerged a couple of weeks before the last movie of the series, Breaking Dawn, Part 2, which premiered on November 13 2012. This was the date of a powerful solar eclipse and the writer of the Twilight novels, Stephenie Meyer, was also born on a solar eclipse. This phenomenon occurs when the Moon passes between the Sun and the Earth and for a short while, the light of the Sun disappears and day turns to night. Eclipse symbolism is associated with endings, shadows and a dramatic turn-around of events. The close Cancer Ascendant, the sign ruled by the Moon, which bound them together was blotted out at the same time as the movie series came to a close.

The wrong chart working is an interesting phenomenon and if you want to read more about it, I would recommend The Moment of Astrology: Origins in Divination

by Geoffrey Cornelius, an excellent book on astrology and divination. In it he discusses the birth chart of Princess Diana who famously had two birth charts with two different Ascendants as official sources gave out two birth times and the ‘right chart’ is still open to question. Geoffrey builds a powerful case to show how ‘the apparent rightness of the wrong chart’ sheds new light on what astrology is and how it works.

I have seen this play out in my own life. When I met my other half 14 years ago, I asked his mother for his birth data and she confused the time of his birth with that of his sibling: the right date but the wrong time. This ‘wrong chart’ gave my other half a Libra Ascendant and created powerful synastry between his chart and my own. My Moon is at 24 Libra and in synastry (relationship astrology) when one of the lights, the Sun or Moon, is in the same sign and within 5 degrees of the Ascendant/Descendant axis of the second chart, it’s a match made in heaven.

This was powerful confirmation for me that the relationship was meant to be and it kept me on course when we had teething difficulties in the early stages of our relationship. I only found out that I had the wrong time for the chart once we got to know each other better and were committed to our relationship. The Moon/Ascendant symbolism helped me believe in our relationship, we made it work together and I’ll be eternally grateful that we did. This is the magic of astrology that often it reveals what you most need to know or learn.

What does the future hold?

So what of Kristen Stewart and Robert Pattinson? Is their time in the Twilight world, united by their shared rulership of the Moon, finally over? The movies certainly are and it will be interesting to see whether their love life in the real world can move on to a new phase or whether it’s the end of the story for them and their love has also been eclipsed.