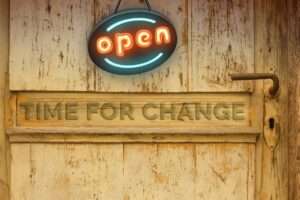 Two of the slower-moving outer planets Uranus and Pluto clash for the seventh and final time tomorrow, Tuesday 17th March 2015.

It’s been an epic battle between these two mighty planets and riots and upheaval around the world have been part of their legacy.

On a personal level, if you have planets or angles in your natal chart between 8 – 15 degrees of the cardinal signs, Aries, Cancer, Libra, Capricorn, more than likely you have your own experience or story of change and upheaval to tell. Here are the dates of the seven Uranus-Pluto showdowns:

Over the last three years, I’ve written about the Uranus-Pluto square numerous times and here are some past posts which you might find useful:

Depending where Uranus and Pluto have been active in your chart, perhaps you too have discovered that it’s futile to resist change. Here is a quick guide to which areas of your life are highlighted by the Uranus-Pluto square and what it might mean for you. Read both your Sun Sign and Ascendant:

Aries 1st house v. 10th house. Self v. career/authority. It’s you against them or them against you. Brings out your inner rebel.

Gemini 11th house v. 8th house. Friends/society v. joint finances. Who or what are you indebted to? Forming new alliances is risky but exciting.

Cancer 10th house v. 7th house. Career/vocation v. the other. What happens to one partner affects you both. Less power games, more independence.

Libra 7th house v. 4th house. Partnership v. home/past. Love or a relationship changes your life. Leaving the past behind to follow the one you love. Breaking free.

Capricorn 4th house v. 1st house. Deep inner change or transformation helps you release the past. Moving on, moving away.

Aquarius 3rd house v. 12th house. Communication/community v. retreat. Being true to your social values, playing your part, being heard. Not being a loner.

In my own life, the symbolism is clear as my Midheaven (career point) is Capricorn and my Ascendant (self) is Aries. Pluto’s move into Capricorn completely transformed my business model as I lost lucrative media contracts with established companies and had to start over from a clean slate.

My online astrology business (Uranus rules both technology and New Age occupations) was launched in March 2011 when Uranus went over my Ascendant and it’s been onwards and upwards ever since. One obvious theme of the Uranus-Pluto square has been ‘out with the old and in with the new’. You have to let go of the old way of doing things to clear space for new energy. Uranus always has one eye on the future and new trends.

Tomorrow sees the final Uranus-Pluto square during a week when we also experience a Solar Eclipse at 29 Pisces, the last degree of the zodiac on Friday 20th March 2015. These two big events together suggest an ending, a final letting go. Then we can welcome in a new season thanks to the Equinox that also takes place on March 20th 2015, a symbol of renewal.

Uranus and Pluto remain in orb for some of 2015 and there will be times throughout the year when the personal planets trigger the dynamic duo and reverberations will continue to be felt. Yet, tomorrow’s seventh Uranus-Pluto square is the final one and that’s surely worth a big Hoorah!