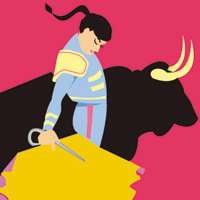 This feels as if it’s a big month for you, Taurus, but there’s no point trying to do things on your own as partnership is the key. It’s a month for building alliances, repairing broken connections, starting or ending relationships and honouring the ones you love. The decisions that are made now will last and in some cases for years to come.

You only need to take a look at the chart for the solar eclipse in your opposite sign of Scorpio on the 3rd to realise that partnerships are big business. A solar eclipse is a powerful turning point and a chance to sow seeds.

It’s effectively a New Moon with extra oomph because it involves the karmic nodes of your chart and the events that take place on or around eclipses are often key turning points in your life in general. As well as the Sun, Moon and north node, you’ll see Saturn, the commit or quit planet and Mercury, planet of communication altogether in the heavens. Crikey!

In other words, it’s a month not only for big decisions but also heart-to-hearts and some serious discussions. For some of you, personal and/or professional relationships will already have been eventful since late 2012 and this trend continues until the end of 2014. I had a quick surf on the internet for Taurus celebrities and unsurprisingly this year a few have already tied the knot and been having babies (Kelly Clarkson & Penelope Cruz respectively) and others have called time on their relationship (George Clooney & Robert Pattinson).

Relationships are currently high profile for you as not only does Venus your ruler move into your fellow earth sign Capricorn on the 5th but Mars your relationship planet is in the third earth sign of Virgo. So this is your time for love, for being sensual and seeking out pleasure. Some of you will be starting love affairs, getting pregnant and ‘makin’ whoopee’ and all of you will be seeking out what inspires you and be on a quest to embrace whatever or whoever gives your life meaning.

A key turning point in the month is the 10th when Mercury, planet of communication, turns direct in Scorpio after three weeks on go slow. This is a time when hidden information may come to light and you’ll be ready to nail things down, get serious and start the ball rolling with your grand plans and schemes. Involve other people and have those all-important conversations on or around the 10th and the 21st and 28th look useful for meetings and intimate conversations too.

You can’t get away from Saturn this month or for the forth-coming year but as long as you realise that hard work and effort will pay off in relationships and partnerships too, then you won’t go far wrong. Admittedly some doors will have to close and this may bring sadness or sorrow but sometimes saying goodbye is incredibly powerful.

Saturn’s most prominent now for those of you who have birthdays from 3rd-7th May (that includes you, George Clooney!) and Saturn acts as an anchor on the 6th and 26th of this month. Venus and Mars are both on your side though and what takes place on the 9th or 23rd will show that you’re moving in the right direction.

View your life as a journey now and make plans for the coming year. Writing things down feels powerful and speaking your goals out loud helps you clarify what you want and lets the universe know what you’re ready for. With Venus in Capricorn until early March 2014, the spotlight’s on travel, education, spirituality, philosophy and anything else that expands your horizons and gives your life definition and purpose.

There may be times, perhaps around the 15th, when you feel you’re off track or off purpose but there’s plenty of help and support available especially after the 10th. Use your contacts to take your next steps with regard to a dream or item on your wish list and buddy up with people who are of like minds or who share a similar vision.

The alliances you make now and the people you partner with may be in your life for years to come so it’s worth making the effort to create worthwhile connections and ensure that you get it right. It’s as important to leave behind people who hold you back or who have a negative outlook as it is to forge new relationships. Be the best you can be and the rest will follow.