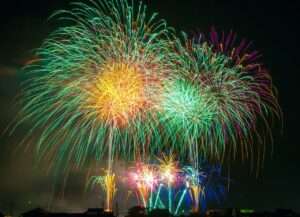 It’s a fast-paced start to the New Year and there’s the possibility that you’re trying to jump in too fast or make everything happen at once.

Admittedly, this is a brilliant month to focus on your career and vocation and where you’re heading in life but you have to get rid of the things that aren’t working for you before you can plough ahead with what’s new and exciting.

If you’re raring to go with a career move or new job that will bring significant changes for your family or mean a change of location, then plan carefully. It’s not to say it can’t happen but you need to use your practical earth sign resourcefulness to ensure you have good systems in place and you cover every eventuality to ensure you turn dreams into reality.

As the month begins, there’s a powerful Full Moon growing in the heavens and the first weekend of January is decisive. The Full Moon falls on Monday 5th but as this Full Moon connects with the Uranus/Pluto square, it’s the whole weekend that feels as if everything’s coming to a head. This Full Moon repeats the theme of letting go of and closing doors rather than start something new.

In fact, this may be the time to postpone one ambition or goal and to realise that you can be more effective by focusing your energy and attention elsewhere. This may be linked to travel or study, a religious, philosophical or spiritual goal and this isn’t something new. You have been receiving repeat messages that it’s only by saying ‘no’ to one specific path in life that you can then say ‘yes’ to another.

Plus you’re being drawn towards work, career, your vocation and it’s in these areas that you’re advised to focus your efforts. Your ruling planet Venus enters Aquarius and your career sector on the 3rd where it remains until the 27th. Plus the aspects that Venus makes in January show you what else is being asked of you and what must go hand in hand in order for you to be effective in your work.

Firstly Venus teams up with Saturn in Sagittarius and your joint finance sector so this is about joint ventures if you’re in business or being sensible and saving for a future goal. Think long-term, plan your strategy and rather than expect overnight success, work steadily towards your goals.

Secondly Venus teams up with Uranus in Aries and the most hidden sector of your chart and this is a sign that it’s time to experiment with different ways of doing things and not always go for the conventional or safe approach. Uranus in Aries adds a spiritual element to your success and urges you to trust and have faith. Be guided by life and what comes your way. So there’s a two-strand strategy: plan for the long term but be willing to experiment and take risks on a daily basis.

This approach is backed up by the fact that Mercury, the planet of communication and the mind, is also in Aquarius and remains in this sign until mid-March. This is because Mercury turns retrograde on January 21st and remains on go slow until February 11th. You can expect some major insights, genius moves, lightbulb moments but you also have to time what you do to perfection.

The New Moon on January 20th is brilliant for starting something new related to your work and vocational matters but then be prepared to play a waiting game or be super flexible. There may be technological issues that delay what you’re doing or you find that you’re constantly changing your own mind about what works and what doesn’t. There is a second New Moon in this same sector of your chart on February 18th and it’s late February and early March when you can pick up speed and be ultra successful. Until then, try different things out and don’t be afraid to vary your routine.

This is a super exciting month when great progress can be made but you can’t go directly from A to B and you need to be ready to surf the waves or ride your personal career roller coaster if you’re to move up to the next stage.

It’s also important to trust your intuition in the month ahead and do what feels right without comparing yourself to others or piggy-backing on other people. Mars enters your friendship sector on the 12th and there may be challenges around friends, groups or networking. It’s important to have your trust antennae on high alert especially around the 20th and be super certain about what you invest in either emotionally or financially. If anything or anyone starts to drain your energy, cut your losses and move on.

If you’re married or in a relationship, the same goes for your partner so make sure the two of your are super close this month and that you discuss the things that matter. The lovers of the heavens, Venus and Mars, are in a special relationship throughout 2015 and particularly close so this is your cue to be more sensitive with each other and pay particular interest to each other’s lives in ways that can make a difference to the level of intimacy between you. Be supportive and be a strong team.