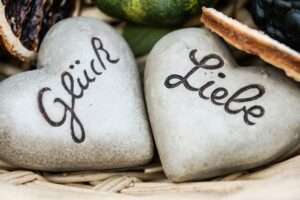 Your ruler Venus begins the month in the sensitive water sign of Pisces. February 1st is especially ethereal as Venus is conjunct Neptune.

Neptune is said to be the higher octave of Venus and whereas Venus is Goddess of love, Neptunian themes are romantic, imaginary and a welcome escape to the more mundane side of life.

These two planets combine to bring you romance, a muse or inspiration. They’re in the part of your chart that rules friends, groups, networks but also your hopes and wishes. Tap into this evocative planetary energy by visiting an art gallery, listen to live music, enjoy a movie outing with your girlfriends or surprise the one you love with a romantic date.

Venus remains in Pisces until February 20th so you don’t have to limit flights of fantasy or special occasions in the month ahead. This is a wonderful period to appreciate your friends, to join a new group that fits beautifully with your own creative or artistic nature and to give your Taurean sensuality full rein. Indulgence, pampering, slumber parties, girls’ nights in or out all synchronise with this Venusian vibe.

Mars, your partner planet, is also in Pisces up until the 20th, although Mars doesn’t appreciate the laid-back wayward sign of Pisces as much as your ruler Venus. Mars wants direct action and isn’t as happy floating around and indulging endlessly as Venus and you are.

If you are in a relationship or married, this is a sign that you both benefit by extending your social circle, catching up with friends, entertaining others and engaging with wider interests and concerns. If you feel you’ve become too insular or focused only on everyday household affairs, broaden your scope and reach out into the world together or on your own.

Valentines Day (14th) can be romantic but you’re as likely to have as much fun with a group of friends as you are in a romantic setting. If it’s passion you’re seeking or a new lover, it’s the following weekend that’s super exciting. Venus and Mars enter the passionate sign of Aries on February 20th and on February 22nd they make the first of three conjunctions in the heavens in 2015.

This is brilliant for starting an affair, jazzing up the action in the bedroom and, in all affairs of the heart, being direct and getting to the point promptly. This is quite an intriguing planetary combination for you however as Aries represents the most hidden sector of your chart.

You may be asked to keep a secret or a confidence at this time, perhaps a relationship that can’t be made public, or you decide that some ‘me’ time or ‘we’ time is overdue and you’re ready to close a door on the world and add some extra intensity to self-understanding, reliving the past or getting to know one another or yourself on a much more intimate level.

Talk about the things that really matter in the last week of February and dare to tackle the most taboo issues, with sex or money matters top of the agenda. This can only enhance your relationship and bring the two of you extra close.

If you’re not in a relationship, this doesn’t stop you getting to know yourself a whole lot better either. Self-analysis and inner work are positively buzzing with key planets in your hidden sector and the same applies to your personal situation, i.e. tackle those taboos and decide what you want and when you want it and what you’re going to do to make it happen. Plus, a secret partnership may develop when Venus and Mars conjoin in the heavens.

This is also an important month for your work and career as Mercury, the communication planet, remains up at the top of your chart in the sign of Aquarius ruling your vocation for the whole month. Plus the Sun is in this same sector of your chart until the 18th. Timing is the key for work and career success and once Mercury turns direct on February 11th, it’s full steam ahead.

This can be a significant turning point for you whether you hear good news, a lightbulb switches on giving you a genius idea or information comes to light that allows you to pick up the pace and achieve your goals or aims. If you’re planning an important conversation, meeting or interview which has the potential to revolutionise your working life, any time after the 11th is perfect and the 18th and 19th also give you a green light.

On the 18th, there’s a second New Moon in Aquarius and your career sector. The first one took place on January 20th, the day before Mercury turned retrograde and potentially messed up your plans. Whatever you decided mid-January, Mercury’s change of direction on the 11th followed by a second New Moon on the 18th is a big thumbs up when it comes to second chances.

Finances link in to this planetary pattern as Mercury connects in a helpful aspect with Saturn not once but three times and Saturn is in the part of your chart that rules joint finances and shared resources. The first connection was on January 5th, the second falls on February 5th but the dealmaker is the third connection on February 19th. This is when your plans get the go-ahead, whether you’re arranging a mortgage, loan or dealing with any other finance-related matter.

Later in February, there’s a potential wobble when you may allow fear or doubt to get in the way of what you want to achieve. On the 23rd and 26th of the month, the Sun in Pisces clashes with the Saturn-Neptune square and this can be disorienting. Saturn in Sagittarius is a tough taskmaster and when it comes to money matters, you can’t cut corners or try and turn your situation round overnight.

Saturn advises you to think of the long-term future and plan accordingly. Sensible actions are advised and you’re wise to fully engage your business brain. As you well know being an earth sign, it’s slow and steady progress that ensures the tortoise outwits the hare time after time.