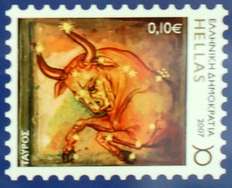 The action planet Mars leaves your career sector on the 2nd but less than an hour later, Venus, your ruling planet, enters your career sector. In other words, the focus stays on work and the bigger questions in your life as February begins.

Venus in your 10th house shines the spotlight on your vocation, your status and reputation and making a name for yourself in the big wide world. Venus remains in this sector of your chart until 26th February so whatever you put in place last month, this is your chance to continue to make progress and concentrate primarily on work, career and future goals.

Venus is a softer energy than Mars and this gives you a clue to your way forward. Venus encourages relating rather than being competitive; it’s about learning to give as well as receive and it’s also about giving freely to others and adopting a helping attitude. You may decide to experiment with giving things away for free or offering your services and not expecting anything back in return.

This coincides with Saturn, the planet of roadblocks and limitation, turning retrograde in your opposite sign of Scorpio. Last month, if you found what you wanted to do was hindered by other people or you found yourself up against strong competition in your work or career, this should begin to shift. Saturn is on go slow from the 18th which weakens Saturn and this is good news for you, especially if Saturn in your opposite sign represents a difficult boss or tough competitor.

Take note, however, of what happens on or around the 11th when Venus and Saturn square in the heavens. If someone puts an obstacle in your way, look at how you can work round that and what can help you work with the person concerned. Venus is all about compromise and negotiation as it’s the planet that rules diplomacy. Here’s your chance to put your people skills into practise at the same time as being persistent and determined to achieve your goals. The key is to recognise which battles are worth fighting and when it’s wiser to back down and conserve your energy.

The best week to pursue work and career goals is w//b 4th February. On the 6th Venus teams up with livewire Uranus, on the 7th Venus schmoozes the planet of opportunity Jupiter and on the 10th there’s a brilliant New Moon in your career sector. This spells success and is the perfect time to take a risk and be proactive. It feels lucky and abundant.

Jupiter is in your finance sector and, as Jupiter turned direct at the end of last month, this highlights your ability to make progress with cash and money ventures. This is good news if you want to earn more and if you already feel flush or wealthy, you may consider ways of using your money to benefit others or the world around you. (As I’m writing this, I heard on the news that Taurean David Beckham is giving away his whopping Paris St Germain wages to a children’s charity). When it comes to giving your own money away, however, do be sure of your actions and take time to consider what you’re doing rather than being overly-impulsive.

Jupiter is square key planets this month, Mercury, the communication planet, on the 9th, Mars, action, on the 10th, and the Sun, ego, on the 25th, the day of the Full Moon. On the one hand, this feels hedonistic and enterprising but Jupiter also rules over-generosity and doing things to excess.

The areas in which to be particularly cautious are a friend’s grand plan, get-quick-rich schemes and, if you’re married or in a relationship, your other half’s extravagant ideas. If you’re a typical Taurus, yours is the money sign and you have a good business head and like to see results and read the small print before committing. Yes, it’s a great month to be charitable and altruistic but ensure you’re doing it for the right reasons.

Mercury turns retrograde on the 23rd of the month in Pisces, the sign that rules friends, groups, society and the environment. Things may become confusing in one of these areas of your life on or around this date and you won’t really know what’s what until mid-March (Mercury turns direct on 17th March).

Neptune is in this same sector of your chart and as Neptune’s active all month, friends are going to play a key role in your life. They may inspire you, deceive you or simply confound you. Expect to be confronted by differing viewpoints, beliefs and ideas. It’s a fertile ground for practising tolerance and having an open-minded outlook on other people in your life. It won’t always be easy but it will certainly be enlightening.