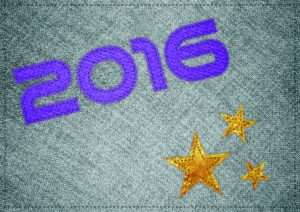 January’s stars are not for the faint-hearted and once mighty Mars enters the power sign of Scorpio on the 3rd, you’re ready for action.

Mars has been lounging around in the air sign Libra since mid-November but Mars in Scorpio is a completely different ball game. This is ambition at its best.

Yet this isn’t about going it alone because Scorpio is Taurus’ opposite sign so the focus is on relationships and those all important 1-to-1 negotiations.

You can’t get far now without enlisting someone else’s help, teaming up with people who can take you to the next level and creating powerful partnerships in your life. This applies to both your personal and your professional connections.

Mars is extremely active in your relationship sector this year because Mars turns retrograde from mid-April to late-June 2016. So up until early August, relationships are under the spotlight and this area of your life demands your attention.

Mars in Scorpio is passionate and falling head-over-heels in love is a strong possibility with Mars in your relationship sector. Yet this is a feisty combination too and you can’t avoid conflict in some shape or form. It gives you a chance to clear the air but don’t overdo the intense negotiations. Sometimes it can feel overwhelming if you constantly feel you’re battling for power.

Mars in Scorpio enables you to lay out your own game plan when it comes to love and relationships and decide what it is that you want. This is as good a time as any, at the start of a brand spanking new year. to set your intentions for love and partnership and to stand by those decisions.

The other major planetary factor this month involves the planet of communication Mercury. On the 2nd, Mercury enters Aquarius and your career sector but only three days later, Mercury turns retrograde and on January 8th Mercury reverses back into your fellow earth sign Capricorn.

This feels like a need to rewrite your New Year resolutions or adapt them in some way early in the month. You might have new ideas for your work and career, your vocation, but for some reason or other they stall quickly and you recognise that the timing is wrong.

Mercury is on retreat through Capricorn, the sign which rules travel, study and any area of life which expands and broadens your horizons. If you’re travelling between the 8th-25th, do allow extra time to get from A to B and double check all important documentation.

It can be a soul-searching period when Mercury is on go slow in this particular sector of your chart but in a good way. You’re pondering life, considering the bigger picture, wondering what it’s all about. Use this opportunity to explore, to question anything and everything, to find out more. Let your mind run wild and take you to some completely new destinations.

If you want to sign up for a course or workshop or a holiday for later in the year, it is best to wait until the last week in January once Mercury’s back up to speed. You often find that new information comes to light once Mercury turns direct.

Yet, the middle week of January also holds intrigue with a New Moon in Capricorn on the 10th followed by some stunning planetary activity between the Sun, Mercury and Jupiter over the next few days Look out for new opportunities which come your way between the 10th-15th and earmark them to action later.

The bigger you dream, the more courageous you are, the more you surprise yourself. Do something different and line up a year of learning and exploration.

Your ruling planet is Venus and until the 23rd, Venus is in the fire sign Sagittarius. This highlights joint finances and money is an important topic to get right early in the year. Another key planet in this sector of your chart is Saturn so you have to take money matters seriously and plan for the long term future. Saturn is the taskmaster of the heavens and when Venus and Saturn come together on the 9th, you need to strategise carefully.

It depends on your current situation what this means for you but as a general guide it’s not a good idea to blow your budget or stick money on credit if you have no idea how you’re going to repay a debt or loan. Be sensible where money’s concerned and invest what you have wisely.

Often there’s a theme of collaboration around money when you have key planets in your joint finance sector. Sometimes money comes your way unexpectedly or you can team forces and work alongside someone close to achieve your money goals.

Finally, there’s a glorious Full Moon on the 24th which cuts across the foundations of your chart. This period is when you can start to get things moving with regards to the bigger issues in life, such as work and home. You might be on the move during this Full Moon or make a key decision linked to work and family. The light of the Full Moon shines bright with clarity and it’s an excellent date to trust your intuition and act accordingly.