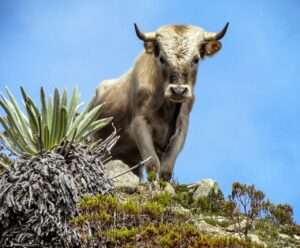 The Sun enters Taurus today, Monday 20th April, where it remains for the next four weeks.

Taurus is the sign most closely associated with money and sensuality. Being one of the earth signs, Taurus rules gardening, growth, fertility & productivity.

The earth signs represent longevity and the ability to focus on long-term goals and keep walking steadily towards them one step at a time.

Taurus is the sign of the plodder; persistent, constant, enduring and capable of creating a lasting legacy and there are some truly great people born under the sign of the bull.

One Taurean who must surely be a household name even though he was born over 450 years ago is William Shakespeare.

A prolific writer, many of his plays revolved around Taurus themes of power and money and his bawdy sense of humour, very typical of Taurus, was evident throughout. Having penned almost 40 plays and 154 sonnets, it’s said that his works are being performed somewhere in the world every minute, an extraordinary achievement.

This is even more remarkable considering the year of his birth was 1564 and yet his work is still relevant and captures the fascination of each new generation. Although the exact date of Shakespeare’s birthday is debatable (somewhere between April 23rd-April 26th), it’s known that the date of his death was April 23rd 1616. He was born and died when the Sun was in Taurus and his legacy is lasting.

Another Taurean whose legacy continues is the Queen of England (b. April 21st 1926) who has been on the throne for 63 years 73 days as of today. The only monarch in Britain to reign for longer is Queen Victoria who clocked up 63 years 216 days and her reign only ended when she died on January 22nd 1901 aged 81.

Has our current Queen set her Taurean determination on a new goal, to beat Victoria’s record? Another 143 days and in September 2015 she will be the longest-serving British Monarch ever at the age of 89.

She’s already lived through three Saturn returns (the last one took place in November 2014) – phew! It’s a remarkable achievement and just goes to prove that Taureans do it longer and better.