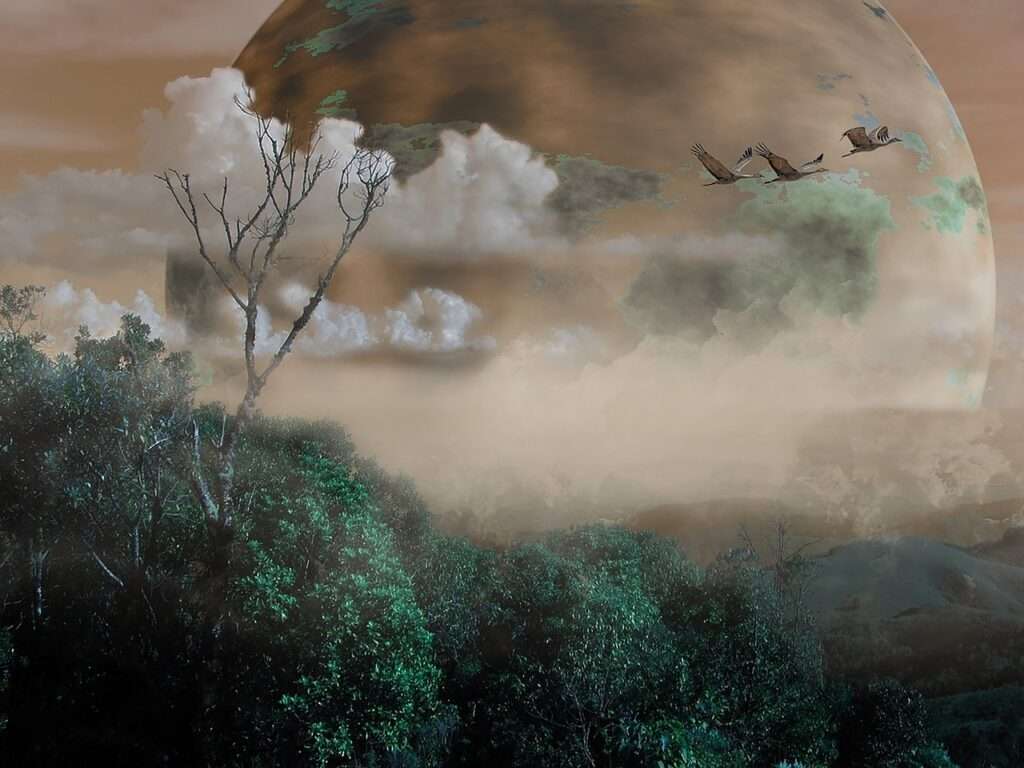 Patience is required in April as key retrograde planets keep you guessing and your own plans chop and change as a consequence. One of the personal planets that’s retrograde as April gets underway is your ruling planet Venus.

Venus has been retrograde or on go slow since March 4th and turns direct this month on April 15th. This date takes place over the Easter weekend and this could prove to be a significant turning point in the month.

Venus has been hidden away in your chart in your preceding sign of Aries but on the 3rd Venus retreats back into Pisces, one of the water signs, where she was in January and early February 2017.

Venus in Pisces is compassionate and giving and Pisces is linked to your friends, group activities, networks, the social scene. You may be trying to revive a connection that was important to you earlier in the year or perhaps you’re drawn back to a significant friendship situation.

This shift from Aries to Pisces feels like forgiveness, wanting to let go of hurt or regret, the desire to do things differently. Yet Venus doesn’t have an easy run in Pisces because she squares up to Saturn on the 8th and 21st. Saturn can stop you in your tracks and this combination often indicates the ‘get real’ factor.

Practicalities could be an issue now, perhaps linked to joint finances or shared resources. Saturn in Sagittarius highlights one of your money sectors and as Saturn represents lack rather than plenty, be careful where you invest or spend your money now.

Yes, it’s good news that Venus is back up to speed mid-month but Saturn’s waving a red flag. Take the pace slow when it comes to both love and money and conserve or consolidate what you have or own.

You may need to step into the breach this month in order to help other people. April’s a month when your confidence slowly builds and your inner strength holds firm. Action planet Mars is in Taurus until the 21st and on the 19th, the Sun enters your sign of Taurus beginning your birthday month.

So focus on your strengths and what you’re good at. Persistence, reliability, a slow and steady approach to life will serve you well. Keep doing what you do best. Be an anchor for others, stand your ground, but at the same time be vulnerable enough to ask for help when you need it.

The Full Moon in Libra on the 11th is a heady mix when your work and routine, your lifestyle and health are under the cosmic spotlight. This Full Moon pulls in the powerful Jupiter-Uranus-Pluto T-square that dominates the heavens for much of 2017. If you’re feeling overwhelmed or you need some time out, tap into your inner voice, your intuition.

The Full Moon coincides with another important planetary factor as communication planet Mercury turns retrograde on the 10th and remains on go slow until May 3rd. Mercury is in your sign of Taurus as it shifts direction, so be prepared for your plans to change suddenly. Be flexible and ready to review what you want and why.

Mercury dives back into Aries on the 20th and this indicates that there’s some inner work to complete, a time of preparation isn’t over quite yet. So much of your astrology this month is about taking one step forward, followed by one step back. You can’t rush into new plans now and in fact, you’d be wise to wait a while longer and let your ideas marinade well.

There are special moments that stand out however and the New Moon in Taurus is one of them. This takes place on the 26th and even though Mercury is retrograde, the New Moon remains a symbol of new beginnings. At the very least, this is an ideal time to set your intentions and review your goals for 2017.

This is your New Moon, a fresh start, the beginning of your new zodiac year. If things haven’t worked out or you’re on the wrong track, stop and look again at where you’re heading and what next. It’s OK to say that you’ve made a mistake or to acknowledge that something hasn’t worked out the way you want it to.

This month’s dominant theme is be about recognising what’s going well in your life and where you need to make significant changes. A holiday, a change of scene would help and when planets are retrograde, this is often a good time to get away in order to gain a fresh perspective.

The 6th is wonderful for making travel or study plans and the Easter weekend would be a good time to do something completely different.

Your ruler Venus turns direct over the Easter weekend on Saturday 15th and two days later, Venus and Mars unite in the heavens. Be with people you love, hang out with your friends, try again if necessary with someone close to you. There may be a theme of renewal or rebirth, a time for second chances.

Slowly, slowly though and don’t feel you have to issue an ultimatum or know exactly where you stand. You have a way to go yet before the planets are back up to speed and you’re able to surge ahead. The turning point may come for you mid-May.

Until then, look after no. 1 and focus on what you want and need, especially once the Sun is in your sign of Taurus after the 19th. Two days later on the 21st, action planet Mars enters Gemini and your personal money sector.

This is about you rather than other people. It feels independent rather than united. It’s about looking after you and being the rock, the oak tree for yourself first and other people second.