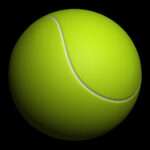 [Update: 10th September 2013. Rafael Nadal won the US Tennis Open 2013 as predicted. Yeah! I think the ‘outsider’ (see below) also showed in the chart for the start of the competition as Wawrinka the no. 9 seed knocked out the reigning champion, Andy Murray, in the quarter finals. He also nearly knocked out Djokovic… Read more