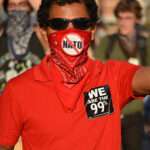 The first of seven Uranus-Pluto squares is exact on June 24 2012 at 09:12 GMT. This big-hitting square is between two of the slow-moving outer planets. They were relatively close together in the heavens last August 2011 and they will continue to remain close until 2015. It’s a volatile energy and we’ve already seen some… Read more