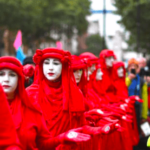 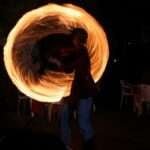 We have another powerful eclipse this week which peaks on Friday 10th May at 00:28am GMT. This is part of the Taurus/Scorpio eclipse cycle that began in November 2012 and continues until October 2014. This week’s eclipse at 19 Taurus 31 is close to last November’s eclipse at 21 Scorpio 57 reawakening similar themes. Taurus… Read more

Thursday’s lunar eclipse in Scorpio (exact 20:57 BST) dominates this week’s planetary activity. Eclipses happen on average twice a year and often come in pairs, a lunar or Full Moon eclipse and a solar or New Moon eclipse. Traditionally eclipses were feared which makes sense as people in ancient times must have thought the world… Read more